Votes by the boatload?

Don’t bet on it: experience suggests that asylum seekers won’t be the deciding factor in May 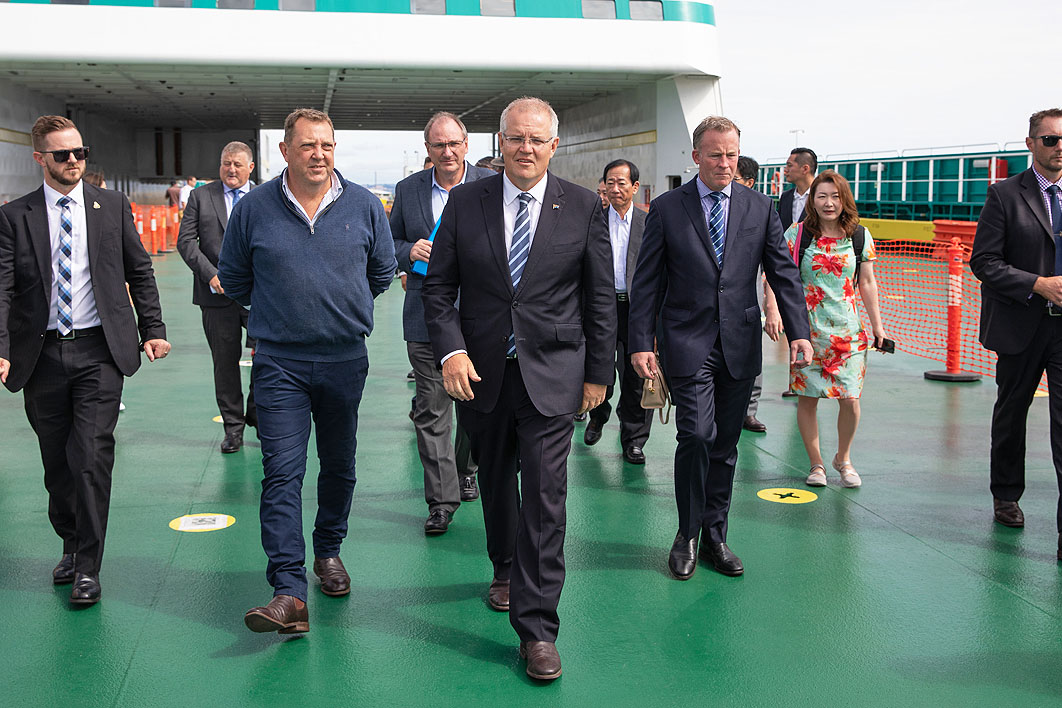 There’s movement at the station. Government “embarrassment” after last week’s medivac defeat has quickly been replaced by a biting “Labor is weak on border protection” campaign.

“Labor may have just lost the election,” warns David Crowe in what we used to call the Fairfax papers. “I don’t have the certainty I had in 2001 that Labor has thrown away an election,” writes Katharine Murphy in the Guardian, not much comfort for the opposition. And over at News Corp, well good taste prevents any description of the debauched celebrations.

With Scott Morrison, Peter Dutton and other ministers channelling John Howard, government members have a discernible spring in their step. And with “moderates” like Christopher Pyne tub-thumping about keeping Australians safe from these rapists and paedophiles, who needs race-baiting demagogues anyway?

The government is adamant that the Labor-endorsed legislation will result in more boat arrivals. Despite the detail, it says, people smugglers will spin it to their advantage. There may be something to this, just a bit, although realistically it would take months to result in new boats, as the Rudd government’s 2008 changes did.

But the smugglers’ best friend as they market their goods will be the Australian government itself, which proclaims — no ifs or buts — that the opposition and crossbench will extend the medivac rules if more asylum seekers arrive, even though Labor insists it won’t.

It’s all designed for domestic consumption, but like the fanfare about reopening the Christmas Island facility it’s music to the smugglers’ ears. Perhaps most worryingly of all, home affairs minister Dutton, the man who controls the apparatus that stops boats arriving, states unequivocally that more boats will arrive.

And this all happened before the Ipsos poll, published late on Sunday, which helpfully played into the narrative by putting the parties almost neck and neck, 51–49 in Labor’s favour after preferences.

Now, Ipsos is notoriously volatile. The last two Newspolls have been 53–47 in Labor’s favour. An Essential poll in the Guardian last week showed 55–45, but with the previous fortnight being 52–48, it looked a bit rogue-ish. (Essential no longer “smooths” its results by averaging two weeks.)

As they say in the classics, it’s just one poll, there’s a margin of error, yadda yadda yadda. What makes this possible outlier different is that it coincides with medivac, and that inevitably conjures up the Tampa.

I’ve expressed my scepticism ad nauseum about the received wisdom that the Tampa, and boat arrivals in general, delivered the Howard government a third term in 2001. I know party strategists on both sides insist it did, but these same people swear the “carbon tax” was a big vote-driver in 2013.

Here’s a brief summary of the opinion poll trajectory eighteen years ago. In February and March 2001, the Labor opposition was way ahead in the polls, peaking at around 57 per cent, but by late August 2001 the Howard government had recovered to about 48 per cent. After Tampa arrived on 24 August it drew level, and then the 11 September attacks drove Coalition support skywards. The government entered the campaign in early October 10 to 12 per cent in front of Labor after preferences, but on election day was re-elected 51–49, a 2 per cent national win.

Which is about where, in my opinion, it would have ended up without either of those landmark events. Both Labor’s and the Coalition’s huge leads were illusory and unsustainable. The question “how would you vote if an election were held today?” is hopelessly hypothetical, and can be pushed one way or another by a small group of voters influenced by forces that don’t hold as much sway at an actual election — in these instances, the detested GST and then asylum seekers and terrorism. As election day approaches, voters’ responses to surveys become more realistic, and opinion poll movement during a campaign is less a case of voters responding to events than polls simply becoming better indicators of what will actually happen.

Since then, asylum seekers, refugee policy and immigration in general have hovered over our politics, threatening to intervene and turn the contest around. It’s almost as if all the Coalition has to do is bring them up and voters will salivate on cue. But usually the danger turns out to be non-existent.

When, for example, John Howard tried twice in 2007 to drag Sudanese refugees into his re-election quest, it went nowhere, partly because Labor, through its calm, reassuring shadow minister Tony Burke, refused to bite. For some reason, though, persuasive occupants of the important immigration portfolio are the exception to the Labor rule, and since the last election it’s been Queenslander Shayne Neumann. And leader Bill Shorten, as we know, is no Kevin Rudd, Julia Gillard or Kim Beazley in the articulation stakes. This topic is always difficult for Labor.

As a general rule, “events” identified by the commentariat fail to show up in the next survey and are quickly forgotten.

In truth, a host of factors influence opinion polls, and for most of them there’s a long lag. The polls reflect everything that’s happened over the last months, even years. And polls are not the same as elections: most “bounces” prove to be just that, momentary and illusory, not a serious reflection of what would actually happen at a hypothetical election.

(The Howard government’s post–September 11 double-digit leads are a case in point. If an election had been held in late September 2001, I don’t believe that the government would have won with 55 or 56 per cent of the vote. Rather, it would have been around the 51 it received in November, and the polls would have reflected this as election day approached.)

Anyway, whether or not the Ipsos figure really is evidence that the Coalition’s boats campaign is biting, the political class is interpreting it that way, which influences reporting, politicians’ behaviour, and even future opinion polls. Media reports of political success tend to boost politicians’ personal ratings, which can artificially lift voting intentions. These are just surveys, though, not the real deal.

So we could be in for a wild ride. But the election in May will not be decided by asylum seekers. It will be, as most are, predominantly about hip-pocket issues, although disarray in any policy can facilitate an argument that a party isn’t ready to govern.

Even if we never hear from boats again, Labor will still be lumbered with its big, juicy economic policy target. •