Western Australia to the rescue?

Mark McGowan might be riding high, but how much does that help federal Labor? 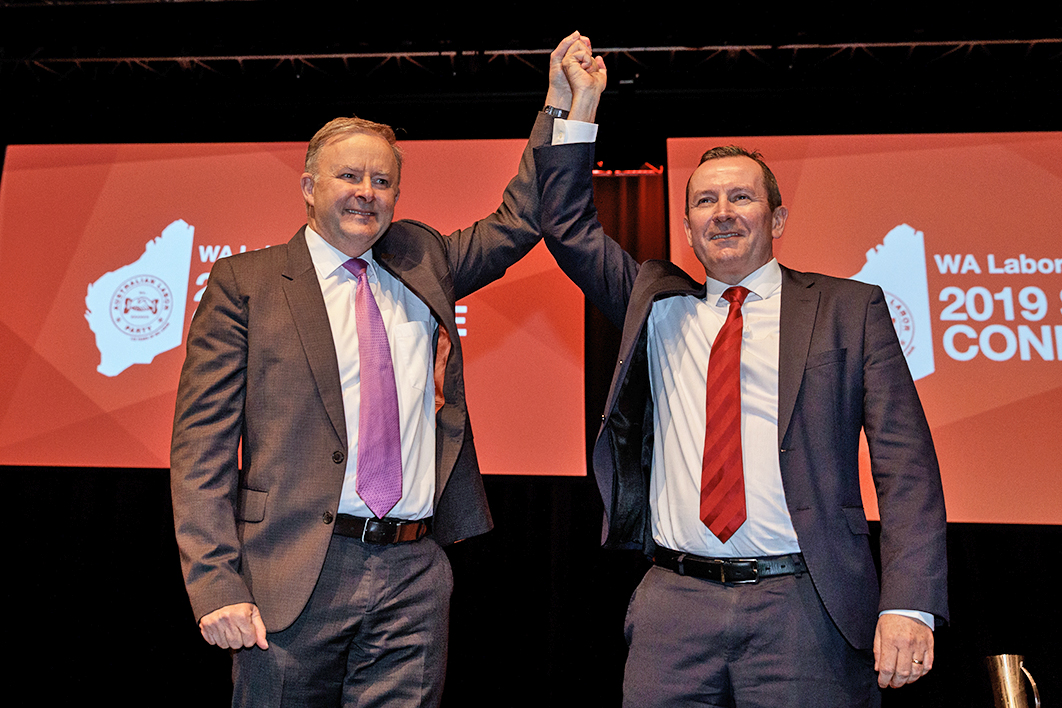 For political obsessives and election watchers, some rules of thumb are forever, regardless of how often they are shown to be wrong.

One popular one is that by-election wins portend general election results. They simply don’t, because by-election voters aren’t deciding who will form government, and that frees them to be influenced by all sorts of other things. But while commentators might understand this at one level, many still can’t resist overlaying by-election swings onto state or national pendulums to produce high drama.

Another is that leaders’ personal ratings in the polls matter more than voting intentions. As in “that 53 per cent lead is well and good, but you can’t win with such a low preferred prime minister/leader satisfaction rating.” It’s rubbish. In fact, if there is a relationship it’s the other way around: for a given voting intention figure it’s better for the leader to have a low personal rating than a high one, because the latter can artificially inflate party support. But this one too won’t go away. Very often it is wielded by a leader’s internal enemies.

(Just one federal Australian election in polling history might be cited to support that view: Bill Shorten’s low ratings in 2019. But the surprise of Labor’s defeat was an opinion poll fail; the polls were simply wrong, right up to election day, and we don’t know how long they’d been wrong for.)

And that voters “reward” governments for jobs well done. This is pertinent in the Covid era, of course, when all our governments have accrued goodwill. But I reckon voters look forwards, not backwards, and that a fine performance is only relevant because of what it suggests about the future. With Covid, it’ll be about what is happening at the time of the election, and what looks likely in the months and years ahead.

Like by-elections, plotting state election results onto the federal pendulum is a pointless pastime, too. But again it makes good copy.

Which brings us to the persistent idea that popular state premiers generate support for their federal counterparts. Right now, some expect rampaging Western Australian Mark McGowan to deliver votes for Anthony Albanese at the next federal election — perhaps enough for that state alone to deliver a Labor victory.

Just this year McGowan clocked up the biggest election win — federal, state or territory — since Federation. His zero-tolerance attitude to border crossings in arguably the country’s most parochial state (Queensland and Tasmania are also in contention) has delivered both low case numbers and, along with Commonwealth largesse, economic health. While the other states are mostly slowly relaxing their boundaries, Western Australia’s remain sealed. In the ongoing stoush with the feds (who want McGowan to quickly join the rest of us) there’s no doubt on whose side the WA majority sits.

On top of that, Scott Morrison’s standing over there is dire, so it is said, and come March, April or May, voters will back their guy against the prime minister.

Do the polls support this expectation? Nationally, they tend to have the federal opposition on 53 or 54 per cent after preferences, a swing of about five percentage points since the last election. In Western Australia the number is also around 53 or 54, or a swing of around nine points. (See Pollbludger on the most recent Newspoll.) So that’s some mild evidence for the idea, although it’s nothing like state Labor’s 69 per cent eight months ago.

But there are opinion polls, and then there are elections. They are not the same thing. One is trying to estimate the other by asking people to imagine a certain ritual, known as an election, is held today. In some circumstances the response to that hypothetical is more realistic than in others.

In the thirty-nine federal elections since preferential voting was introduced, Western Australia has given Labor a majority of the two-party-preferred vote just eight times. And five of them were when the party was led by someone perceived as one of their own — John Curtin in 1943 and 1946, and Bob Hawke in 1983, 1984 and 1987. For a similar reason, the party in opposition didn’t do too badly in the state under Kim Beazley in 1998 (49.5) and 2001 (48.4). But it’s been downhill from there, fuelled by the mining boom, and in 2019 Labor recorded a miserable 44.5. (At the 2007 Kevin Rudd landslide the party only managed 46.7 per cent.)

Generally, across all jurisdictions, the electoral record shows that the idea of a popular local leader bringing votes to their federal counterpart is bunkum. To the contrary, the two have often worked against each other. In the Howard years, for example, we saw soaring Labor premiers, often with record wins under their belts, alongside comfortable Coalition victories federally. After the Rudd government took office in 2007, state Labor governments started dropping.

Queensland’s Peter Beattie in 2001 and South Australia’s Mike Rann in 2004 clocked up their state parties’ biggest wins in history, achieving two-party-preferred votes in the high fifties. It didn’t stop those states thrashing federal Labor in the same years, giving them 45.1 and 45.6 per cent respectively. In both cases the federal vote took place months after a state contest in which Coalition parties had been reduced to a rump.

These are extreme examples. But popular premiers delivering the goods for federal counterparts? It. Just. Doesn’t. Happen.

The historical polling record offers some evidence that those high-flying locals boost support for federal counterparts. But only in the surveys, and it can crash as the federal campaign starts and minds start to move towards the contest at hand, and matters such as economic security.

And so, by the time of the election next year, if the new Omicron strain allows it, Western Australia’s borders will again be reasonably porous. Covid restrictions will largely be scaled back and cross-jurisdictional bickering mostly a thing of the past.

As usual, the Coalition’s key message for sandgropers will be about Labor’s secret plan to steal their mineral royalties, force them to quickly decarbonise, and perhaps dud them on the GST to boot.

Voters will know that McGowan won’t take any nonsense from Scott Morrison, but would he stand up as aggressively against an Albanese government?

So expect Labor’s WA surge to dissipate as election day approaches. Off such a low base last time, there should be a decent swing to the opposition, but not enough to even hit the 50–50 vote mark.

A federal Labor victory, if it comes, will be off net gains spread across most of the states. •

Is Tucson in Arizona?

The pleasures of eavesdropping on the Beatles with Peter Jackson

Up on the roof: the legendary impromptu performance. Apple Corps 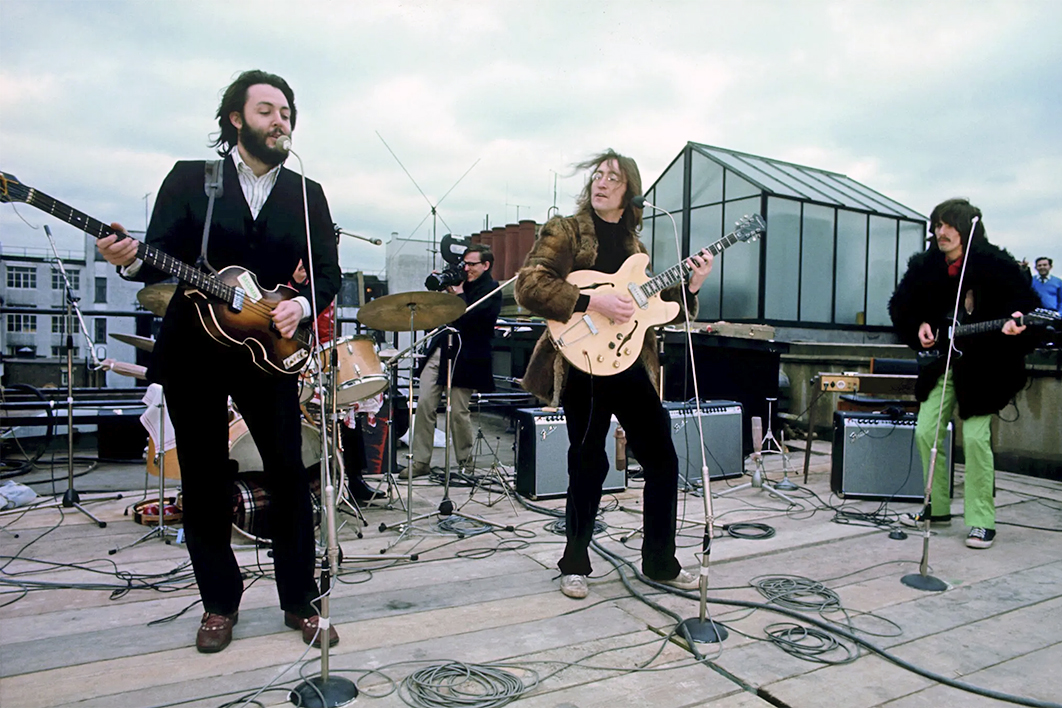 Up on the roof: the legendary impromptu performance. Apple Corps