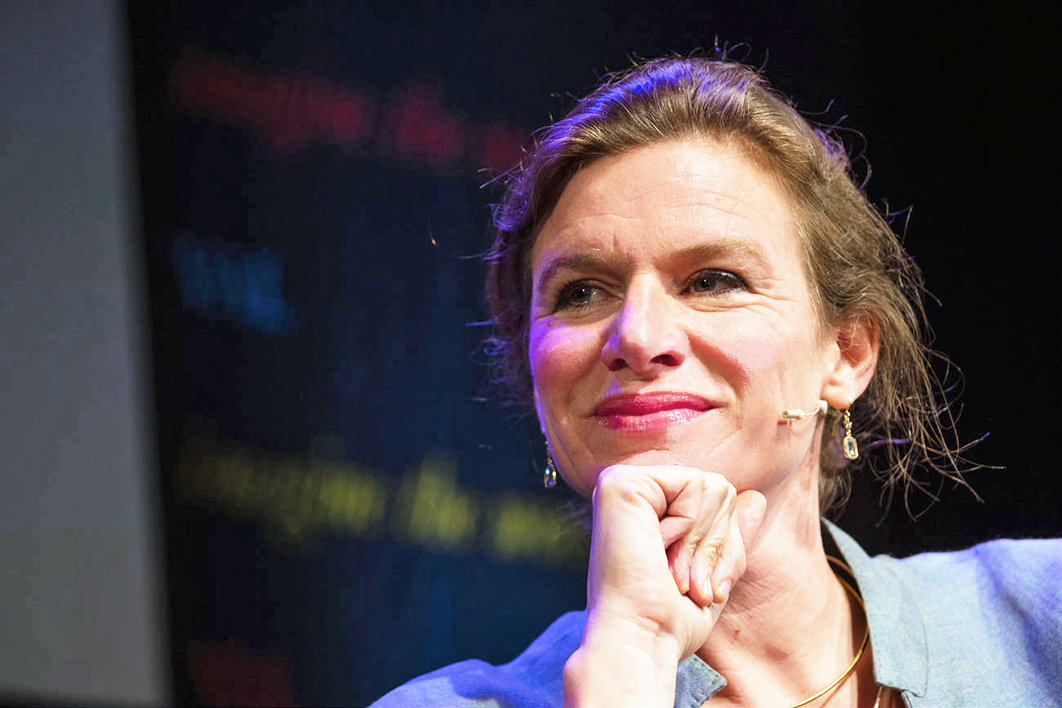 Before Covid-19 reared its head, the challenge of climate change was at the front of Mariana Mazzucato’s mind as she embarked on her moonshot — a forceful appeal for all of us to get involved. Her earlier books had argued that governments should take more risks and urged us to think more about value and purpose, but now she shifted up a gear, arguing for immediate political action. The book she’s written, Mission Economy: A Moonshot Guide to Changing Capitalism, is more Tom Paine than the usual economist’s prescription.

“Solutions are found by people willing to participate and experiment,” she writes, “not by picking supposedly good solutions in advance and trying to make them work.” Raise your expectations, she urges. Aim higher. Ask more of people. Test assumptions and get involved. Most particularly: expect more from governments.

Mazzucato lives with her family in London, where her busy schedule includes giving quite a bit of policy advice to governments. In conversation via Zoom, she is relentlessly on-message. No matter what diversions I throw up, she stays with her pitch, which is about optimism.

Even before Covid-19 intervened, she says, capitalism was in crisis. The questions were stacking up but the system had no answers. Mission Economy examines the evidence, poses questions and proposes a variety of ideas with a common starting point: what’s the purpose in our actions? When I ask Mazzucato what her purpose was in writing the book, she shoots back, “Making people believe in politics and policy again.”

Seen by many as an economics iconoclast — especially since the publication of her best-known book, The Value of Everything — Mazzucato might spook people unused to the conversational style of, say, New Jersey. Some might think that her Italian heritage (she was born in the Veneto) adds a potential for volatility. But what I find during our conversation is an open mind pushing hard towards solutions that work. Maybe the fact that her physicist father is still hoping to solve the challenges of nuclear fusion gives a hint to her temperament.

Mission Economy uses NASA’s moonshot project as both a metaphor and an (extensive) example. The metaphor is about finding solutions to big challenges and giving purpose to what we do: like meeting the Covid challenge, or taking on the UN’s sustainable development goals, or avoiding catastrophic climate change.

Critiques of capitalism often follow well-worn paths, but Mazzucato takes a different way. Capitalism only works, she says, when public and private purpose align around a goal big enough to engage most people. The key is the willingness of governments to take risks, not simply fix what’s broken, and to find ways of working with a purposeful private sector. Government needs to be well organised and fit for purpose — and that purpose must be clear in both the design and delivery of policies and programs.

“Change can happen,” she says. “But it will only happen if we rethink a lot of assumptions about where wealth creation comes from, where innovation comes from. But we also need capacity in governments — there is this over-consultification, consultants are everywhere — and we need to be very bold about that.” NASA made very good use of outside consultants, she says, but today’s consultants are parasitic rather than symbiotic.

When she began writing Mission Economy, Mazzucato didn’t anticipate the enormous challenge the pandemic would impose on governments. But she is keenly aware of its relevance to her pitch.

“Covid was the perfect test case of how things could go wrong, in the same way that the climate crisis, which was very much on mind, was a perfect test case. The multiple crises that we seem constantly to go through — the financial crisis, the Covid crisis, the climate crisis — they are all showing that we have the wrong types of organisations in both business and government.”

There’s no point talking about these big challenges, she says, if we’re not willing to lift the competence of the organisations tackling them. Finding the right structures is really what the book is about.

But haven’t some private companies already embraced the principles she espouses, I ask. Isn’t it populist governments that seem to think the message is more important than the outcome?

“I agree with you that some private companies are on the frontier,” she says. “Many, most, are not. Similarly, there are governments that have got their act together — that have a mission-oriented approach and especially mission-oriented organisations. And others haven’t.”

To illustrate how a “purposeful ecosystem” might look, she points to the “bold and confident” conditions the French government put on its assistance to companies during the pandemic: “Both Renault and Air France had to commit to lowering their carbon emissions in order to receive a penny from the French government. That’s very different to what happened in the UK, where EasyJet got a bailout for free, no conditions attached.”

Mazzucato emphasises again and again that the society we get is the one we choose. Her argument is that we aren’t aiming high enough — and we aren’t demanding good enough results. Capitalism is an outcome of public and private activity, she says, and it’s essential that they are aligned in purpose. “Unless we can design purpose into those relationships then we get what we have in the United States. It’s not enough having companies doing the right thing.”

No matter how competent they are, governments have tied their own hands by sticking to fixing failures in the economy. Mazzucato wants to see them take a much more positive role. “What I’m talking about is the co-creation and co-shaping of markets. And the explicit admission that you are going to have to make bold, proactive investments. To be an investor of first resort, not just last resort. Risk-taking. Not just de-risking.”

Mazzucato’s view runs against the common belief that government isn’t about any kind of mission. “That’s a self-fulfilling prophecy,” she says. “The more you bash government, the more you rid it of resources, the more you think it’s not purposeful so it doesn’t need the capacity to do the things I’m suggesting, the more bogus the government you get. So you end up with the view that it’s not good enough to do anything; so let’s privatise everything.”

Today’s obvious mission is climate. What is the connecting point between the recognition of the issue and the acceptance of a public mission?

Mazzucato lays out a series of specific missions that would together compose an effective response to climate change. “It’s a design challenge. It means changing how we do industrial strategy. But that doesn’t work unless we have leadership that says we are going to make this happen — urgently. Urgency matters. Urgency is when you see money coming out of the woodwork,” as it did in the Covid crisis.

But it’s not about big plans. Rather, Mazzucato is drawn to the solutions that come when communities can see the challenge and can act on it. “These things have to land in places,” she says. “Real places where things happen.” Big missions become many smaller missions and much more citizen engagement. “We need dynamic capabilities within the public sector, which we don’t have. We have it in the private sector, because in that case it’s seen to be a value creator.”

Mazzucato likes to point to the cases where governments surprise us in a good way. Vietnam, for example, had learned much from the SARS virus, creating organisation and capabilities that were hugely valuable in tacking Covid-19.

As our conversation is winding up, I ask Mazzucato whom she is writing for. Public servants, politicians, regular citizens? “The book was really meant for everyone. I was hoping it might make people believe again that when we’re serious about stuff we can do pretty amazing things.” • 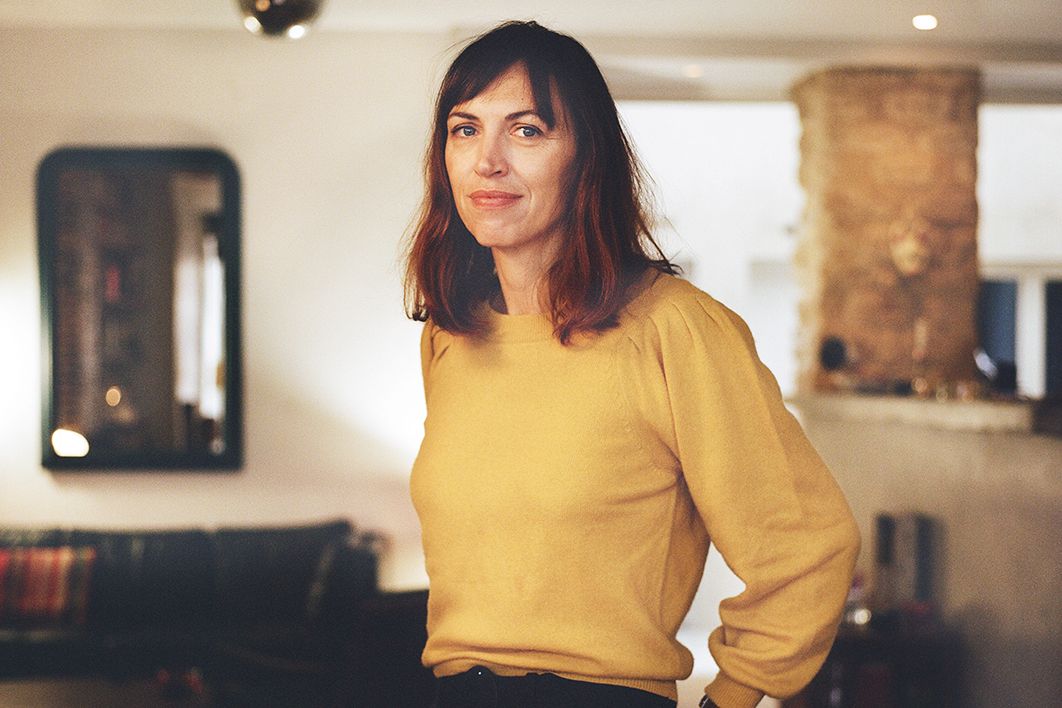