What the composer owes the writer

Andrew Ford on the challenge of combining words and music 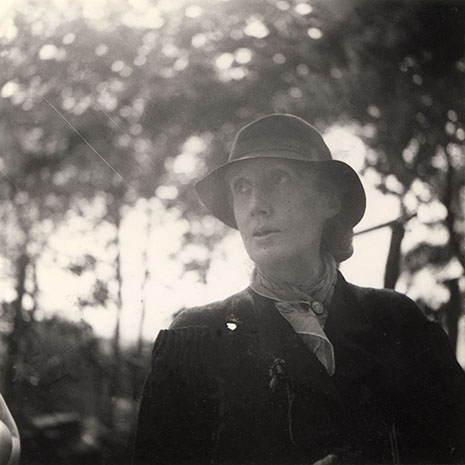 ONE of the dilemmas that confronts the composer is how to put words to music. It’s not such a problem in popular music, because, in general, the words and music come together – either from the same mind (Irving Berlin, Joni Mitchell, Stephen Sondheim) or from the minds of close collaborators (Gilbert & Sullivan, George and Ira Gershwin, early Lennon/McCartney). Popular music rarely employs poetry, and almost never well – Paul Kelly’s recent song cycle, Conversations with Ghosts, is an impressive exception. But classical composers rarely write songs to specially written lyrics, and still less to their own; they trawl through poetry collections in search of words they think will sound well sung.

But then what do you do? Once you have the words for your song, how do you make them sing? There are, broadly speaking, two approaches. The first is to allow the words to be themselves, to be audible and intelligible, to help shape the music and to remain open to interpretation (though it is true that any musical setting will to some degree be an interpretative reading of the words); the second is to say that a poem is a poem, but a song is a piece of music in which the words are merely the jumping-off point. If you want to understand the words, go and read them.

While my word-setting is almost exclusively in the former category, I have every sympathy with composers in the latter. I sometimes wish my own music was more like theirs. I envy a composer like Pierre Boulez, for example, who in his settings of Stéphane Mallarmé and e.e. cummings allows the music complete domination over the words, fragmenting them, distorting them, and extending vowels with elaborate melismas. It probably helps that these two poets were both themselves famous splinterers of syntax. It is not that Boulez doesn’t care about the poetry. On the contrary, he once said that he hoped audience members attending a performance of his hour-long “portrait of Mallarmé,” Pli selon pli, might have first bothered to acquaint themselves with the poems so that they could find a way into the music. In vocal music, Boulez said, poetry is “a source of irrigation.”

Paradoxically, I think it is that kind of respect for a poem that lies behind my opposite attitude. I set words I like to music because I want to share them with other people, and having them sung is one way of doing this. I want the words to be heard and understood together with the music, as they come out of the singer’s mouth. It’s a tall order, given that a lot of poetry is hard to understand even when it is simply read aloud. Part of the key is choosing the right notes for the vowels. Certain vowels sung too high will be incomprehensible, especially if sung by a soprano (it’s a matter of physics). Finding the right rhythm and vocal cadence is also important. If you are setting a language that is not your own, there’s a good chance you’ll get these wrong. Both Handel and Stravinsky frequently stressed the wrong syllables when they were setting English to music.

Benjamin Britten, who always got the stresses right, is generally believed also to have found appropriate speech rhythms for his words, but you don’t have to listen for long to realise this isn’t true. The tunes always win in Britten. Ultimately the words are made to fit, and there’s nothing wrong with that. Elliott Carter, on the other hand, wrote beautifully paced vocal lines in which syllables are perfectly weighted, the rhythms of American poetry (Bishop, Lowell, Ashbery, Stevens, Pound) delivered by the singer at about the same speed at which they would be spoken. All of this is hard to believe when you look at one of Carter’s scores and discover how rhythmically complex it is, a typical phrase comprising half a semiquaver sextuplet, the last note of which is tied to the first note of a quintuplet, the fourth note of which is missing. But of course that’s exactly how we speak. We don’t speak in crotchets and quavers, and we don’t speak in 4/4.

These are all issues for the composer setting poetry to music. But there’s another aspect to the composer/writer relationship, particularly when – as in classical music – the power is all with the composer. What business does the composer have putting the writer’s words to music in the first place? We know, for example, how much the poet A.E. Housman hated what Vaughan Williams had done to his words in On Wenlock Edge. Vaughan Williams’s music may be magnificent, but it destroys the intimacy and informality of Housman’s carefully wrought poetry. At the end of Britten’s War Requiem, the gently thrown-away final line of Wilfred Owen’s “Strange Meeting,” “Let us sleep now…,” is greatly extended – indeed exaggerated – by the composer, the tenor and baritone voices singing it over and over in imitation of each other. The best line in the poem becomes the weakest moment in the score.

I have twice in my life had letters from poets who were unhappy with my settings of their words (of course, they had previously given me their permission). But what about when the writer is dead? In my new song cycle Last Words – settings of final poems, letters and diary entries – all the writers were dead and most of them (Sappho, Emily Brontë, Robert Louis Stevenson, Captain Scott) long out of copyright. Where they were not, I naturally sought permission from the relevant estate, Andrea Goldsmith graciously allowing me to use Dorothy Porter’s final poem, “View from 417.”

Now here was a responsibility! I have seldom felt so keenly that I must discover exactly the right notes for a poem, and part of that was capturing its tone – which is quite light and in a couple of places almost whimsical, yet precise and, ultimately, extremely poignant. Because Porter’s diction is rather simple, I felt the notes had to be, too, and so I restricted myself to just a handful of pitches.

But the text that bothered me most comes right at the end of Last Words. Can one put a suicide note to music? (Should one?) And if so, how do you go about it? The words are those that Virginia Woolf wrote to her husband Leonard. She writes about their happiness together, she tells him how wonderfully patient he has been with her and that now she is going to kill herself for his sake. She says she is mad, but she seems all too sane.

It’s hard enough to read these words, harder to sing them. I worked on them for quite a few days, until it dawned on me why they were causing me such difficulty. My songs are for soprano voice with violin, cello and piano, yet the combination that had worked well for the other texts seemed suddenly wrong. I realised that at this point in my cycle the instruments had to drop away altogether. You can set a suicide note to music, but you can’t accompany it. There is no lonelier form of writing and the voice that sings these words must be heard alone. •

Andrew Ford’s Last Words will receive its first performance by soprano Jane Sheldon and the Seraphim Trio on 12 October at the Port Fairy Spring Festival. A second, free performance will take place at Elder Hall, Adelaide, at 5.30 pm on 15 October under the auspices of the J.M. Coetzee Centre for Creative Practice. 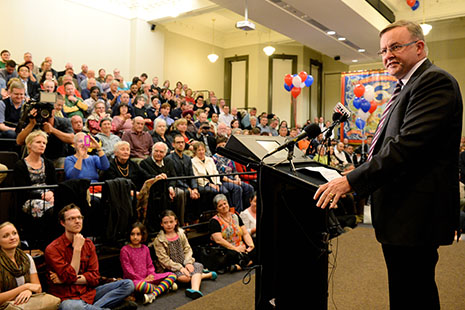