When the bough breaks

A lullaby is a parent’s work song, writes Andrew Ford, even if the taskmaster isn’t paying attention to the words 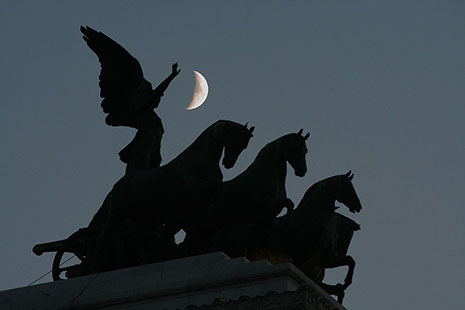 I suppose at some point someone must have said to my father (and maybe it was my mother), “Look, it doesn’t really matter what you sing to him; it’s the soothing sound of your voice that will lull him to sleep.”

Certainly, this is Mark W. Booth’s view in the conclusion to his excellent book – alas, now out of print – The Experience of Songs.

“The baby’s experience of the mother’s song,” Booth writes, “is more than response to music in itself and more than response to the mother’s ordinary speaking voice. In singing… the mother’s voice is especially motherly. Separation, which is only coming to be established as the order of the child’s life, is suspended. The mother having entered into her song, the child enters it too, they are fully together, anxiety is irrelevant, and sleep is easy.” (Or fatherly, of course.)

I do take Booth’s point, though I remain unconvinced my father’s repertory was entirely suitable for a three-year-old. The songs he sang – at least those I remember – included “Frankie and Johnny,” “Cool Water” and “Goodnight, Irene”: 1950s hits that were among his favourites. He also did a fine, spirited rendition of “Cigareets, Whuskey and Wild, Wild Women,” complete with the cod temperance meeting at the top. But perhaps you don’t know these songs?

“Frankie and Johnny,” we learn at the outset, “were lovers”; moreover, “Lordy, how they could love.” The trouble was that while Johnny was “her man… he done her wrong.” So, several verses later, Frankie shoots him. It’s a murder ballad, and I remember enjoying it. Even as a very small child, I think I found this one exotic.

Likewise, “Cool Water.” In this one, the singer and “Old Dan” pretty much crawl across “the barren waste without the taste of water,” mirages to the left of them, mirages to the right, until Dan, evidently delirious, has to be slapped out of a demoniac vision: “Don’t ya listen to him, Dan, / He’s a devil not a man / And he spreads the burnin’ sand with water.” You see? Exotic.

However, the songs stuck. Lordy, how they stuck. I imagine my mum sang me to sleep at least as much as my dad, but I don’t recall her lullabies. I remember lots of her songs, but not a specific nighttime routine. And Dad’s lullabies really did amount to a routine. They were an act, a performance, and now that I have a small child to whom I sing lullabies, it is Dad’s material I plunder. “Goodnight, Irene,” indeed, is a frequent request, complete with the drowning verse. Another of my daughter’s favourites is the Kinks’ “Lola,” which you might think would be an equally unsuitable song, except that she believes it to be about Lola from Charlie and Lola. I have neither the heart nor the vocabulary to disabuse her.

Of course lullabies about dark subjects are hardly new. Work songs for mothers, is how Mark W. Booth sees them, the nocturnal equivalent of the sea shanty or the cotton-field holler. Work songs, which heaped abuse on the head of the taskmaster – the ship’s captain or the plantation owner – adopted the rhythm of the work itself so that the song would assist in the hauling of a sail or whatever one does with cotton. It was like a cox in rowing or, perhaps more pertinently, one of those slave-drivers beating a drum on a Roman galley.

Lullabies do this, too – at least the traditional ones do. They are nearly all in 6/8 time – that’s two big beats per bar, each containing three smaller beats, and therefore extremely conducive to rocking. Think of the rhythm of “Rock-a-bye, Baby.”

But then think of the words to “Rock-a-bye, baby”: “When the bough breaks, the cradle will fall. / Down will come baby, cradle and all.” Or the American lullaby “All the Pretty Little Horses” with its images of baby lambs having their eyes pecked out.

Booth is correct. A lullaby is a parent’s work song, complete with taskmaster. In this case, the taskmaster is the child. The traditional lullaby is Go the Fuck to Sleep avant la lettre.

Even so, as my increasingly sentient four-year-old is dozing off to “Goodnight, Irene” and I reach the bit about drowning, I do tend to swallow my words. •

Composer Andrew Ford presents The Music Show at 10 am and 10 pm each Saturday on ABC Radio National. His latest book is Try Whistling This: Writings About Music.