Who’ll be the real winner in Eden-Monaro?

Interpreting Saturday’s result is all about context 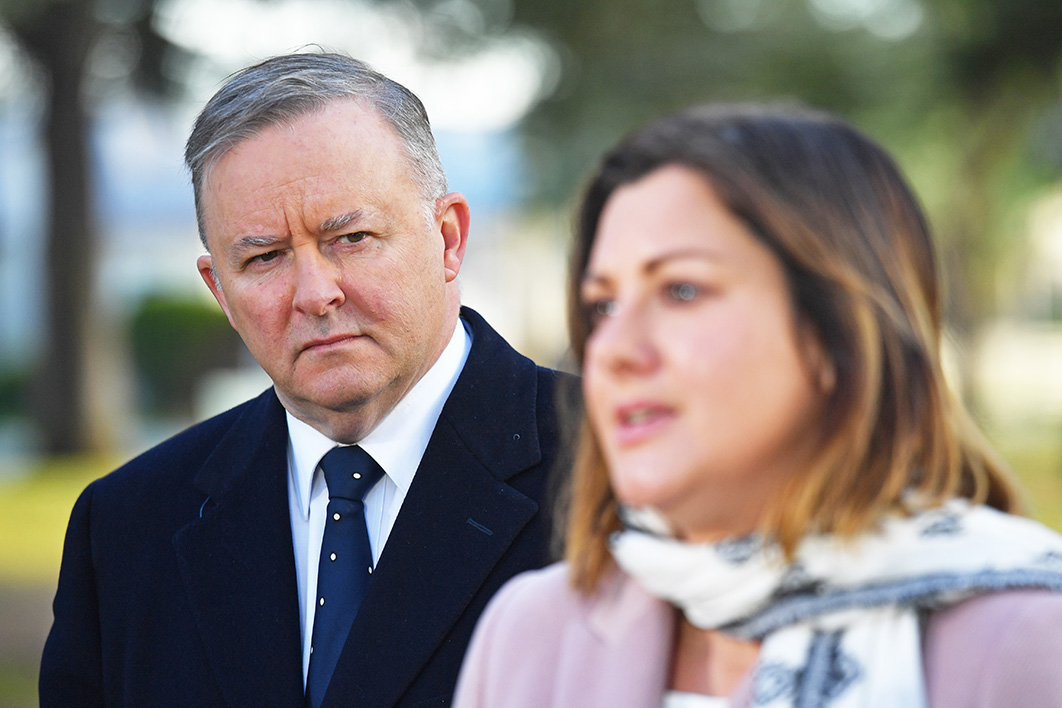 What’s at stake this Saturday in Eden-Monaro, the southeastern NSW electorate that nudges Victoria? Very little, but also potentially a lot.

The result won’t matter much because it’s just one electorate and will barely change the House of Representatives numbers. The most you can say is that whoever emerges the winner will enter the next general election with the advantage of incumbency in the seat, which is usually worth a couple of percentage points, or even several.

But it’s important because the political class, addicted to concepts such as momentum and psychological battles, invests by-elections with all manner of meaning and imagines they portend all sorts of events. Recall the 3.7 per cent swing to the opposition in Longman in 2018 that ended up costing prime minister Malcolm Turnbull his job.

And because governments so rarely take seats from oppositions at by-elections, it’s Labor leader Antony Albanese who has the most to lose from a bad result on Saturday.

Can the Morrison government take Eden-Monaro? For sure. I put the chances at about 50–50.

Ask not for the date when a federal government last took a seat from an opposition at a by-election. (Answer: six months shy of a century ago, in Kalgoorlie, Western Australia, though an honourable mention goes to Maranoa, Queensland, snatched from Labor the following year by the young Country Party not long before it began a lifelong habit of joining the centre-right Nationalists — then the UAP, then the Liberals — in government.)

It’s more useful to inquire: when did a government last achieve a by-election swing that, if repeated on 4 July, would move Eden-Monaro to the Coalition side? The answer is six short years ago, in Griffith, Queensland. The swing required on Saturday is 0.9 per cent, and in Griffith the shift to the Abbott government was 1.2 per cent.

What happened in Griffith? The government was still new and reasonably well regarded, popular local member Kevin Rudd had retired, taking his personal vote with him, and the Coalition candidate was high-profile former Australian Medical Association president Bill Glasson, who had contested Griffith at the general election five months earlier.

In fact, of the ninety by-elections since the introduction of preferential voting in 1918 at which a two-party-preferred swing can be identified, fourteen have moved to the government (fifteen if we count Maranoa in 1921) by 0.9 per cent or more.

Biggest of all was in 1970, after the death of the long-term member for the Australian Capital Territory, Labor’s Jim Fraser. Fraser’s substantial personal vote evaporated, but the swing also came off the 1969 general election result, which saw a 7.1 per cent national swing to Labor and an ACT swing more than double that, at 15.4 per cent. That 71 per cent Labor vote in the ACT has never been bettered, before or after.

I mention this because the context of a swing includes whatever it is swinging from — the vote at the most recent election, that is. If something special happened back then, it needs to be taken into account.

What’s the context of this Eden-Monaro by-election? Most importantly, it’s an opposition-held seat, like ACT (1970) and Griffith (2014), which means that the personal-vote dynamics will work for the government. Mike Kelly has gone, and Labor will no longer get the votes of people who loved Mike but not his party.

Those ninety by-election swings average to a 4.7 per cent swing to oppositions, but the number shrinks to a much smaller 1.1 per cent (still to the opposition) in opposition-held seats.

What will motivate the good folk of Eden-Monaro on Saturday? By-elections are different from general ones because so little is at stake — nothing as weighty as who will govern the country (unless parliament is tightly hung). This liberates a substantial portion of voters to… well, give an arrogant government (is there any other kind?) a tickle up, or “send a message” to someone or other, or react to the pleasant or nasty weather.

This is a major reason by-elections are so unpredictable, and also why their results should never, ever be used as a pointer for the next general election.

We do know that Kelly enjoyed a very high personal vote, and we can say with close to certainty that if he’d retired just before the 2019 election then the Liberal candidate, Fiona Kotvojs (who is running again this time), would now be in parliament. In that sense the “real” starting point for the contest is a few per cent higher for the Liberals, and well over the 50 per cent mark. Still, as noted above, those opposition-held by-elections historically average to a small swing to oppositions.

There’s also some measure of a personal vote at play for Labor candidate Kristy McBain, who, before joining the contest, was mayor of Bega Valley Shire Council. The shire sits inside Eden-Monaro, and McBain was reported to have had wide exposure during the summer bushfires. So she should do better, swing-wise, in that roughly one-quarter of the electorate than elsewhere.

(Note that Longman and Braddon in 2018 were unusual in that the opposition MPs who’d been on the previous election’s ballot paper were back — forced to recontest by their section 44 misadventures — so personal-vote factors didn’t assist the government. In fact, as both had entered parliament at the previous general election, they should have enjoyed an element of “sophomore surge,” a new personal vote. In this context the swings to Labor, of 3.7 and 0.1 respectively, seem even less impressive. In Braddon, the Liberal MP defeated in 2016, Brett Whiteley, was on the 2018 ballot, so lessening the Labor sophomore surge.)

Prime minister Scott Morrison is currently riding high thanks to the Covid-19 crisis, and that might assist the government — except that there seems little relationship between a prime minister’s standing and by-election swings. The Hawke government contested three by-elections in 1983, when Bob Hawke was still very much The Man, all in Coalition-held seats, and all swung modestly (between 1.2 and 3.8 per cent) to the opposition. On the other hand, in 1984 Richmond moved ever-so-slightly (0.1 per cent) to Labor after the retirement of former Nationals leader Doug Anthony.

Rudd Labor, seven months into its first term, suffered a 6.1 per cent swing against it in opposition-held Gippsland.

Working the other way, the Liberals’ Jackie Kelly attracted a 5 per cent swing after the election of the Howard government. But like in Longman and Braddon, the personal-vote dynamics worked for the incumbent, and probably more important was voter annoyance at the Labor opposition for forcing the by-election on them. (Labor had appealed to the Court of Disputed Returns, which overturned Kelly’s March election due to her holding of “an office of profit under the Crown.”)

Candidates matter more at by-elections than general ones, again because there’s so little of importance up for grabs, and Kotvojs is a bit out there on climate change and seems a generally lacklustre commodity in comparison with earlier possible Coalition contenders and also her Labor opponent.

I have no idea who will win Eden-Monaro, which is not the same thing as saying it’ll be close. As for the “we won’t know the result for days” trope, that’s always unlikely. •

Update: I have added on Twitter this table of all ninety by-elections since 1918 with meaningful two-party-preferred swings, in descending order of swing to government.