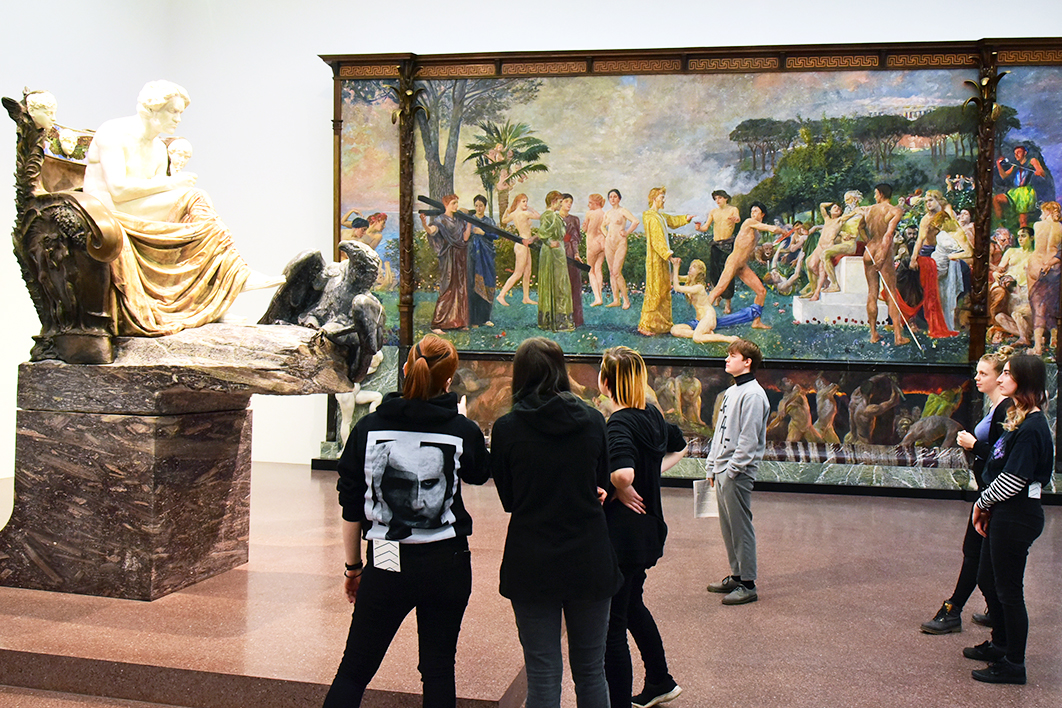 Unless you’re the sort of person who avoids classical music, it’s unlikely you’ll have missed the fact that we’re in the midst of a big Ludwig van Beethoven anniversary year. He was born 250 years ago in Bonn, probably on 16 December. (We know he was christened on 17 December 1770, and eighteenth-century Catholic babies in the Rhineland were generally baptised the day after their birth.)

Why the fuss? Why is every orchestra and classical chamber music organisation in the world arranging mini festivals of the composer’s music featuring cycles of his symphonies and concertos, string quartets and piano sonatas?

Many would argue that Beethoven is the greatest of all composers, and perhaps he is. Today, he is the most famous. When we hear the word “composer,” it is probably Beethoven’s brooding countenance that comes to mind. The pianist Glenn Gould once remarked that Beethoven is the only composer whose fame depends entirely on “gossip.” He meant the biographical details we all know: the composer’s deafness, his fierce independence and stubborn demeanour, his moodiness — that brooding countenance.

Gould was right, but Beethoven’s fame is justified all the same. If we think of him as the epitome of the independent composer, it is because he was the first. Before him, successful composers tended to be employed by the church or the aristocracy: Bach was cantor in Leipzig for the last twenty-seven years of his life; Haydn served a succession of Esterházy princes as Kapellmeister in their palace at Eisenstadt, where he wore a servant’s livery. And note: Bach and Haydn were not considered composers but directors of music, expected to compose in addition to running choirs and orchestras.

Though a fine pianist, Beethoven, Haydn’s pupil, was primarily a composer, and a freelancer to boot. When he courted patrons — because then, as now, a composer must eat — he did so on his own terms. He wrote music for princes but also for the public, as an emerging bourgeoisie — educated people with disposable incomes — built concert halls and put on concerts. Beethoven was the first modern composer.

But Beethoven’s lasting modernity is in his music. There, he did things composers hadn’t done before. He inherited the symphony, the string quartet and the piano sonata from Haydn and Mozart, and changed them fundamentally.

In the years after his death, it became the convention to divide Beethoven’s work into three periods. In a sense, this was yet more “gossip,” because one can find characteristics associated with the composer’s early style in the music of his middle period and harbingers of the late style in his early music. But even if the early–middle–late division is somewhat arbitrary and undeniably porous, it remains a useful shorthand way of talking about Beethoven’s output.

The early period stretches from 1795, three years after his move to Vienna, when he published his piano trios Op. 1 and the piano sonatas Op. 2, to 1802, when he wrote the so-called Heiligenstadt Testament — an existential cry of pain on the subject of his failing hearing addressed (though never sent) to his brothers. The music of this period is characterised by a debt to the Classical style of his great Viennese forebears.

Beethoven’s middle period, from the composition of his third symphony (the Eroica) in 1803–04 to around 1815, is typified by music constructed from small motifs: musical blocks that develop and proliferate to form larger structures. There is often a thrillingly pugnacious quality to these works. The first movement of the fifth symphony is the obvious example.

The late period, from 1815 to the end of Beethoven’s life a dozen years later, is marked by an interest in line more than block, long melodies rather than short motifs, and in consequence there is a greater focus on musical forms that employ such lines — fugues and variations. The music of these last years is often expansive — pieces tend to be longer — and listeners find a kind of rapt spirituality in much of the music, especially the late quartets and the final three sonatas. Mind you, this quality tends to be thrown into stark relief by the juxtaposition of short, even jokey movements in the same works. The late quartets Opp. 130 and 132 both contain outpourings of intense lyricism cheek by jowl with brief scherzo-like movements.

Beethoven’s late quartets are considered difficult connoisseur’s music, not for the average listener. It’s partly their evident seriousness (all those chromatic fugues), partly the introspective mood of much of the music; but it is also the chopping and changing of direction. It is puzzling stuff. What could it mean?

This was a question posed in the composer’s lifetime, and not only about the late quartets. It has been asked frequently of the Eroica symphony, for example, and was raised again last week at the Adelaide Festival by the Cambridge historian Sir Christopher Clark, when he introduced a performance of the symphony by the Adelaide Symphony Orchestra. That we ask it at all is a key to the composer’s historical standing, for “meaning” is not something we demand to know of a Haydn quartet or a Mozart symphony. Beethoven changed the nature of music.

The motif that opens the first movement of the Eroica could hardly be simpler — an arpeggio, rolling up and down — but from it Beethoven creates driving, dramatic — “heroic” — music, unprecedented in a symphony. It is followed by a deeply tragic slow movement — a funeral march. Whose funeral is this? Not the funeral of Napoleon, the erstwhile dedicatee of the symphony. Beethoven had been quick to recognise what Byron called Napoleon’s “feet of clay,” scratching out his dedication. But the Frenchman didn’t die until 1821.

If we have not wondered, during the funeral march, what the Eroica is about, we surely will at the start of the third movement, when the solemnity suddenly gives way to a breezy scherzo full of rhythmic games and hunting horns. This abrupt mood change disturbed early listeners and, as conducted in Adelaide by Richard Mills, it still pulls us up short. Then there’s the recycled ballet music of the last movement, a set of variations — that “late” device in a “middle period” work — on a theme from the finale of The Creatures of Prometheus.

Beethoven’s music is dramatic even when we can’t interpret the drama. In this, he established a new way to listen. Hearing Mills’s performance of the Eroica, I found myself thinking (not for the first time) of Gustav Mahler. Funeral marches and peasant dances, sleigh bells and cowbells, military bands and massive, heartfelt adagios coexist in Mahler’s symphonies in a manner that recalls the disjunct styles in Beethoven. But Mahler’s symphonies wouldn’t come along for another century. In between, Beethoven influenced everyone. Schubert, Schumann, Berlioz, Liszt, Brahms, Wagner, Bruckner: the names of those whose music wouldn’t be the same without Beethoven’s example is a list of the nineteenth century’s great composers.

The figure of Beethoven, the heroic artist at the dawn of the Romantic age, might today seem quaint, but this was the start of something more than a creative unbridling of the ego. Composers became self-aware — the Heiligenstadt Testament is written by a man who questions everything except his right to be a composer — and a self-aware artist will consider matters of style.

To be sure, there had been differences between the early and late works of J.S. Bach and Haydn and Mozart, but they were not glaring differences. Often they were the result of technical advancement — fugues grew more complex, woodwind writing became bolder. Beethoven’s stylistic shifts were protean. It is sometimes hard to believe that the composer who wrote the ninth symphony is the same man who wrote the first and second; that the Hammerklavier sonata Op. 106 and the Grosse Fuge Op. 133 emerged from the same imagination as the Op. 2 piano sonatas and the Op. 18 quartets.

As an independent composer, Beethoven wrote music for a new musical public in those new concert halls and, increasingly, for the virtuosi who performed there. But he was also writing for himself, for this was the moment in history when music became art. Not the background to conversation, not the accompaniment to dancing, not even an aid to divine worship: music was a sonic art to be listened to and contemplated and argued over as one might a poem or a sculpture or a philosophical conundrum.

Public messaging when it matters most

What are the lessons of overseas Covid-19 responses for Australian policymakers? 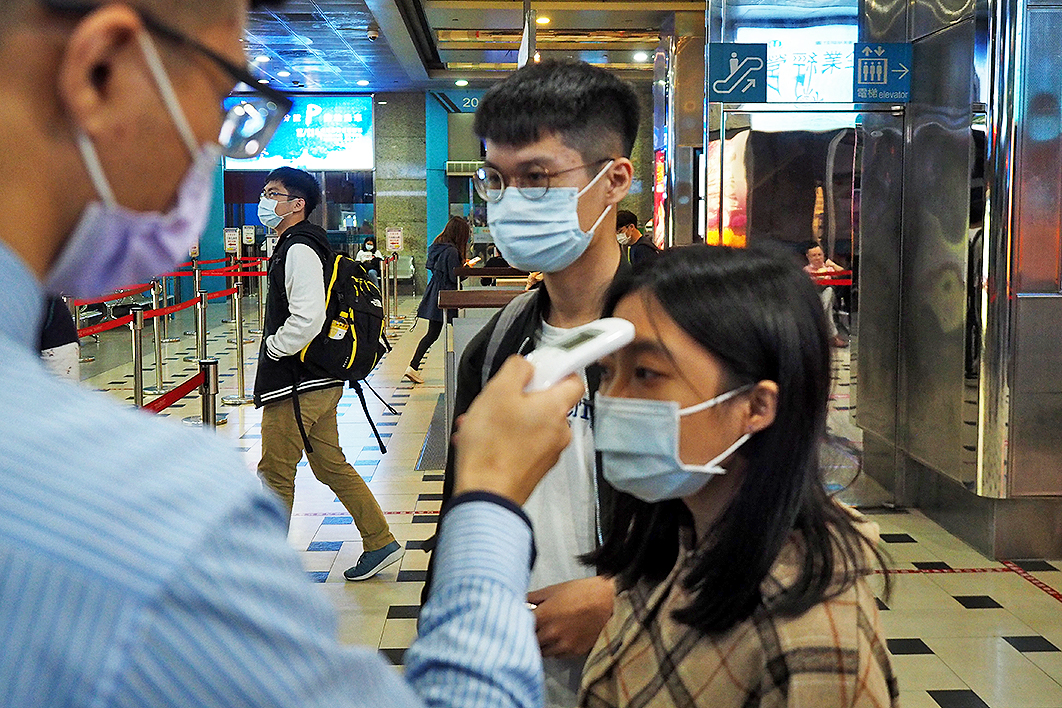