Why Bill Shorten and Labor can afford to ignore Rupert Murdoch 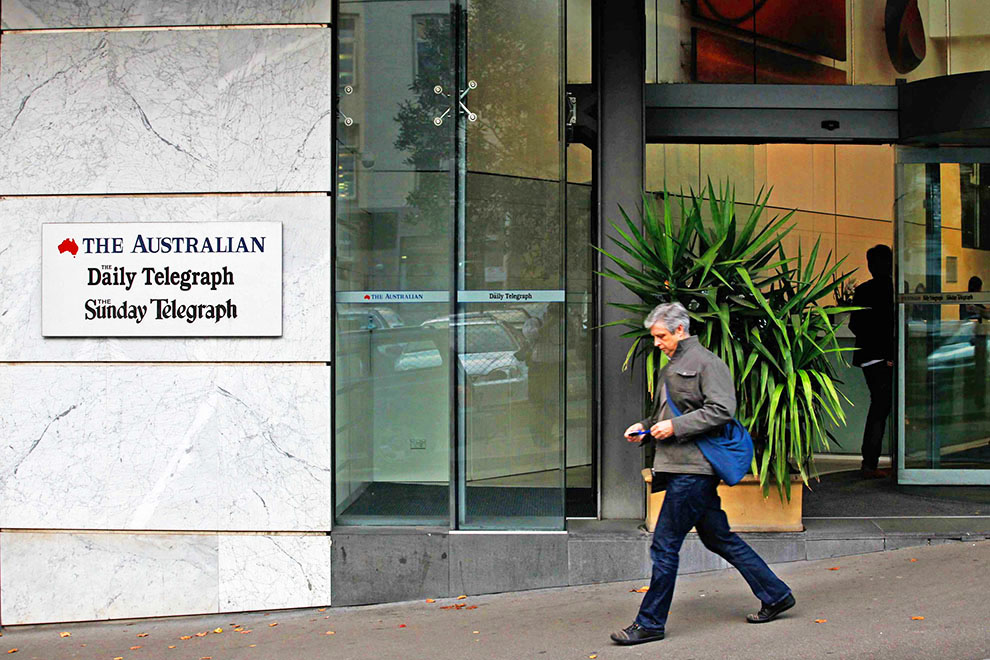 Downhill all the way: News Ltd’s influence has declined dramatically among the readers who count at election time. James Horan/AAP Image

Labor might not have noticed it yet, but Rupert Murdoch’s capacity to influence how people vote declines with each passing election. Over the past eight months, Victoria and Queensland have ejected first-term Liberal governments despite the best efforts of the Murdoch press in those states. Their slanted front pages, unbalanced coverage and combative editorials only highlighted their growing irrelevance to the electoral process.

The central reason for this decline in influence is the radically shrinking reach of News Ltd’s newspapers. Last year, the total circulation of all Australian daily newspapers was a little over 2.1 million, fully one million lower than it was at the turn of the century.

If we factor in the growth of the Australian population, the picture is even more dramatic. Not long after the second world war, in 1947, roughly two copies of a metropolitan daily newspaper were sold for every five people in Australia. By 2014, the figure was one for every fourteen people, reflecting a decline in penetration from 38.6 to 7.2 per cent. And the decline was accelerating: between 1996 and 2014, penetration halved from 14.1 to 7.2. Murdoch papers, with roughly a 60 per cent share of Australian daily circulation, are now bought by about 4 per cent of the Australian population.

Not only do newspapers have a shrinking readership, they also have an ageing readership. Older people, already disproportionately Coalition voters, are more settled in their political preferences and outlooks. The key to a Labor victory will be how the younger age groups, perhaps especially those under forty, will vote, and these groups are not reading Murdoch’s newspapers.

Among regular Murdoch readers, there may not be many more Labor voters left to convert. The papers’ anti-Labor propaganda line has been consistent for quite some time; if their readers were going to switch from Labor the overwhelming likelihood is that they would have done so already. What could these papers do that they haven’t already done to convince continuing Labor voters to change their allegiance?

Not much, probably, because readers of the Murdoch tabloids also seem to regard the papers with a healthy scepticism. In recent years Essential Research has used a series of surveys to find out how much trust Australians have in the paper they regularly read. Among the six papers included, the three “quality” papers – the Age, the Sydney Morning Herald and the Australian – rank the most highly, all with 60 per cent plus, and the first two sometimes registering over 70 per cent.

The three Murdoch metropolitan tabloids, meanwhile, come in at the bottom. In August 2014, 51 per cent of Daily Telegraph readers said they trusted it; for the Herald Sun the figure was 53 per cent and for the Courier-Mail 54 per cent. In other words, nearly half their readers don’t trust these papers. There’s worse: in three of the five polls, the Telegraph’s level of trust dropped below 50 per cent, and after the 2013 election it dipped to 41 per cent. All this suggests that many people may be attracted to these papers for their sporting coverage or their entertainment value, and take their political coverage with a large grain of salt.

So, in terms of direct consumption, the Murdoch papers are reaching less than 10 per cent of voters (assuming each paper sold is read by just over two people). This is probably about half of their reach when they supported John Howard in the 2001 election. Among this disproportionately elderly tenth of the population, more than half already vote against Labor, and most are probably fairly settled in their political attitudes and largely immune to the papers’ persuasive efforts.

There are two partial qualifications to this general picture of declining political relevance. First, because they often set the agenda for other media, newspapers’ influence extends beyond those who read them. Insofar as the Murdoch press influences the priorities and tone of television news – which still draws a sizeable number of viewers not firmly committed to one major party or the other – it will have some influence.

But the main medium that picks up on the tabloids’ coverage is commercial talkback radio, which then amplifies the papers’ sense of outrage even further. It should be remembered, though, that their elderly listeners are quite similar to the readers of the tabloid newspapers. Together, the two media form a self-aggrandising and self-referential noise machine, and their volume and bluster should not be mistaken for outreach.

The second qualification is that, on the face of it, the radical drop in print sales of newspapers is matched by the rising readership of their websites. Of all the media, though, tabloid newspapers are perhaps the most challenged by the digital revolution. The most successful transition has been made by the British Daily Mail, which has become a global leader among newspapers for web traffic. Interestingly, the content mix of that paper’s website is quite different from its print edition, with far more celebrity news and less sport, crime and politics. The British newspaper is vociferously right-wing and populist in its print pages, but that tone and presentation would look silly on the internet. Online, its right-wing political coverage is more sparse and less strident.

It is true that there is considerable traffic to Australian newspaper websites. But whereas a reader of the print edition of the Daily Telegraph might have spent fifteen minutes a day reading the paper, most visits to the website are much more fleeting, often thirty seconds or less. “Readership” here means something much less than it used to. Not only is it hard to imagine these visits attracting strong advertising revenue, it is also difficult to believe they will have much political impact.

Labor first suffered a Murdoch onslaught in 1975, after the proprietor decided that the Whitlam government had to go. The negative coverage continued through the 1977 and 1980 elections. But Labor’s return to office under Bob Hawke and Paul Keating in 1983 led to a rapprochement between Murdoch and the party’s leadership. Murdoch and Packer are the only mates we’ve got, Hawke famously told his cabinet during a deadlocked discussion of media policy reform.

It was during this period that Murdoch, with the help of Labor’s eventual rule changes, acquired the Herald and Weekly Times group. By the end of the party’s reign in 1996, the reach of Murdoch-owned newspapers had increased from just under a quarter of daily circulation to around 60 per cent. Hawke’s short-term pragmatism made Murdoch’s anti-Labor bias a much more serious problem for his successors. At nearly every election since 1993 the weight of coverage in the Murdoch press has been against Labor, sometimes overwhelmingly so, and its large share of circulation meant considerable potential for impact.

The hostility is not surprising. Murdoch’s own political views have been fixed since the mid 1970s, when he embraced the nostrums of the conservative wing of the American Republican Party – more recently embodied in a Tea Party agenda that is quite alien to Australian and British political traditions of a mixed economy with a strong, socially constructive public sector. When it’s been clear that a party of the left would win an election, Murdoch has sometimes been prepared to modify his right-wing instincts, marrying the business incentive to be on side with the incoming government with the journalistic advantages of riding a populist wave.

His Australian newspapers split their editorial support in 2007 when it was clear that Kevin Rudd and Labor would win, but by 2010 and 2013 were fully back behind the Liberals. “Kick This Mob Out” proclaimed the editorial covering the front page of his Daily Telegraph, setting the tone for its coverage of the 2013 campaign.

The eighty-four-year-old Murdoch now seems less ready to bend his views for the sake of political pragmatism. Several of his former editors have said that their first thought about any big story was always “What would Rupert think of this?” The result is an unhealthy level of conformity in the upper editorial levels of the organisation.

As well as a hardening of the political arteries, there is an increasing sense of editorial desperation among the Murdoch papers as their commercial plight worsens. Like a one-trick pony, they try ever-bigger versions of the old sensationalist ploys. Politically, the result is even less willingness to report fairly on parties and views they don’t support. Where there was once a populist touch, now there is just a grinding predictability. Where there was once a profitable balance between sensationalism and credibility, now the confected outrage and the beat-ups rarely hit home.

Labor can expect the full Murdoch treatment at the next federal election. The papers’ stable of largely interchangeable and wholly predictable columnists will pour out their anti-Labor analyses. Embarrassing trivia (such as Kevin Rudd’s not saying much to a make-up artist before a TV debate) will be pursued relentlessly and breathlessly magnified. Photoshop and crude caricatures will be used extensively to demean the party’s leaders. But the more interesting question is not how the Murdoch press will cover the election, but whether it will have much effect.

Two decades ago, political pragmatism dictated that Labor would seek to ingratiate itself with such a large press oligopolist, grateful for any crumbs thrown its way, but that logic is rapidly disintegrating. On top of that, the two Australian policy issues in which Murdoch’s corporate interests have the greatest stake are both ones where public opinion is very much on the other side. First, News Ltd has become the number one target in terms of evading Australian taxation. Second, for decades News has lobbied against the anti-siphoning rules, whereby free-to-air television gets first option for many popular sporting events. Abolishing this rule would please Foxtel but would annoy those who could no longer watch for free events they have been long accustomed to viewing without charge.

The reputation for power often outlives its objective basis. The decay of the news media as a means for reaching the electorate, and its decline as a central forum for political debate, brings its own problems for the quality of our democratic processes. But one of the benefits of the rise of digital media and changing media habits among young adults is that they are breaking down the power of the old gatekeepers. The decline in press circulation has reduced Murdoch’s power to make mischief. •

Rodney Tiffen is author of Rupert Murdoch: A Reassessment (NewSouth, 2014).

For football, the future has already arrived 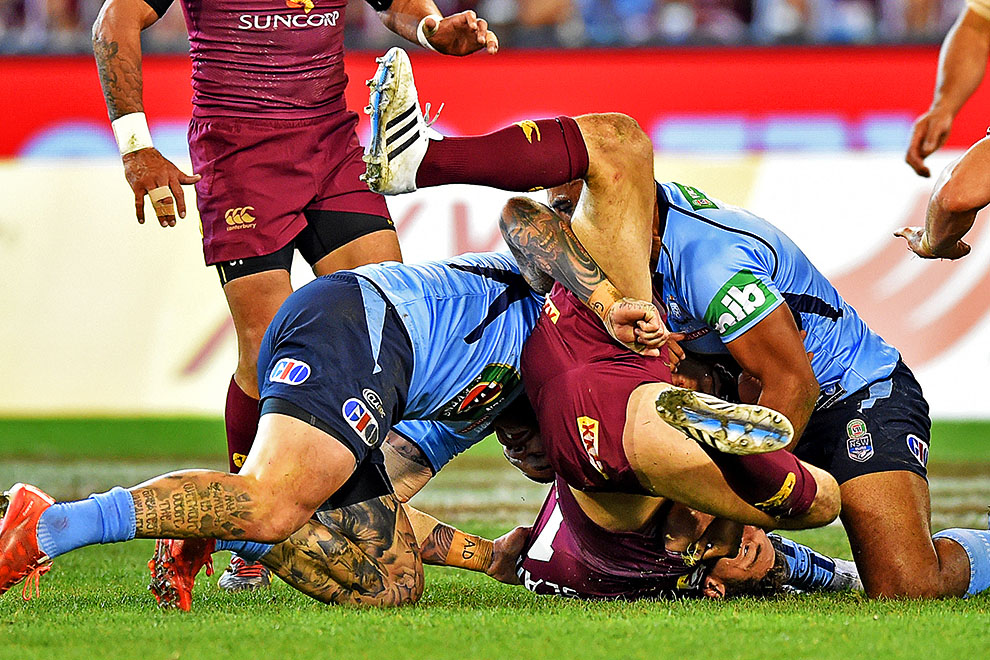