Will this underdog have his day?

Election 2019 | Whether it’s on 48 or 49 per cent, the Coalition is looking competitive 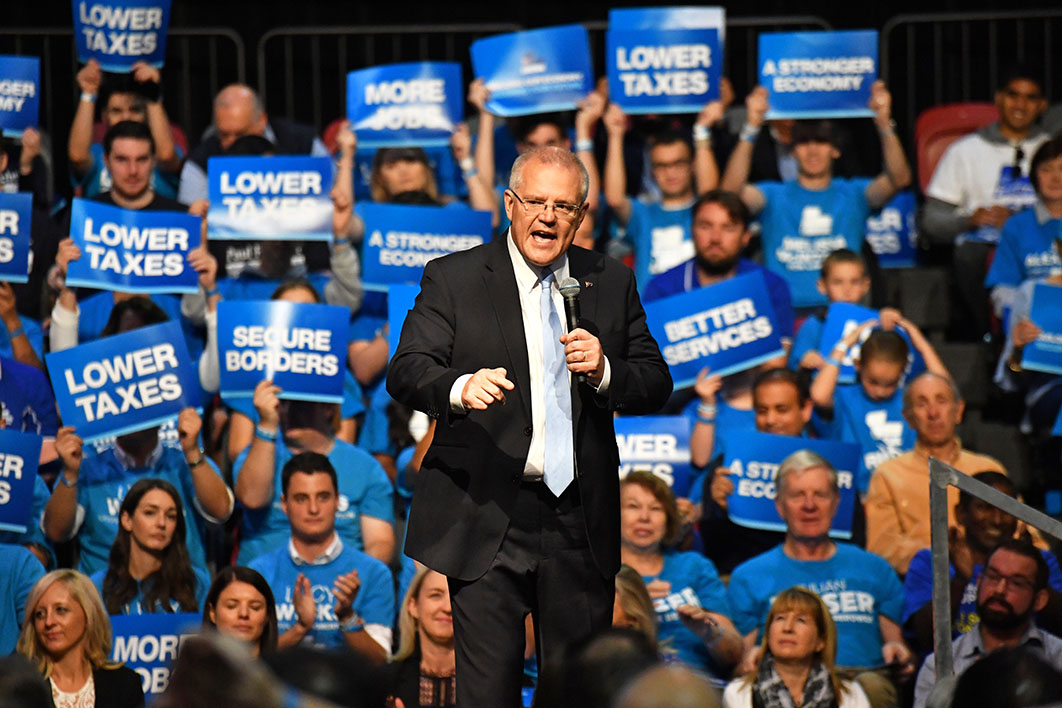 Let’s get one thing straight: contrary to news reports today, Newspoll does not provide evidence of a surge in support for the United Australia Party over the past month.

Yes, it’s what the Newspoll table shows: the UAP up from 2 per cent in early April to 3 per cent two weeks ago, and now, at 5 per cent, more than double the first reading. But it’s illusory.

To understand why, see the most recent poll by Galaxy (which also runs Newspoll). It ran surveys for News tabloids last week, 23–25 April, and a month ago, 25–28 March, and each time registered support for the UAP at 4 per cent.

Why the difference between the two sets of polls?

Galaxy included the UAP in its initial question in both surveys. Newspoll did not. As I forlornly anticipated here on Saturday, Newspoll has now started including the UAP in its national party readouts, boosting the minor party’s support and elevating Clive Palmer back into the headlines. Newspoll didn’t report the derisory 2 and 3 per cent at the time, instead including it with “others.”

And, also as described on Saturday, the decision to include the UAP makes estimating preference flows even more difficult.

Which takes us to the Newspoll shift from 52–48 to 51–49 in today’s Australian, which has set some hares running. Yes, yes, it’s within the blessed margin of error, there’s also rounding, it could just be “noise.” But it also happened because Newspoll elevated the UAP and made certain assumptions about its preference flows.

The bottom line: if we were today talking about whether a survey’s two-party-preferred figure of, say, 54 per cent should really be 55 per cent… well we wouldn’t be talking about it. Either way, it would be a big win.

But the polls for this election are quite close and have been for a while. This has been belied by general expectations and commentary, which have all but assumed a Labor victory. And that’s a function of the long stream of surveys showing the opposition ahead, often by large but never huge amounts. (Nothing like oppositions achieved against the doomed Howard and Gillard governments, in 2007 and 2013, for example.)

And with three weeks to go, whether it’s on 48 or 49 per cent, the polls show the Coalition is competitive.

Both parties have been telling journalists that their internal research still has Labor ahead in the marginal seats, but if national surveys move further to the Coalition we can expect further movement on the marginals front as well. And with such low major-party primary votes, and so much therefore depending on preference flows, both the pollsters’ and the parties’ estimates of the two-party vote are more like guesstimates.

According to the Australian, Newspoll is assuming 60–40 preference flows to the Coalition from both the UAP and One Nation. This is more favourable to the Coalition than the Palmer United Party’s actual flow at the 2013 election (54 per cent) and One Nation’s in 2016 (50 per cent) but it is still plausible. One Nation is unlikely to preference Labor anywhere in 2019 (unlike last time), and Palmer’s primary votes are likely to come from more conservative voters this time. The asylum-seeker-sympathising Murdoch basher of 2013 has been replaced by an entity more resembling One Nation.

Minor parties that are included in the readout usually fizz at the ballot box — at least relative to polling-generated expectations. The so-called “surge” in Clive Palmer’s party is generating the sort of publicity (positive) that he longs for; it might end up being self-fulfilling or it could prove his downfall. And if Newspoll hadn’t changed its opening question, the UAP would probably again have registered 2 or 3 per cent, and wouldn’t even have been reported.

[Update: Essential Report, which has not elevated UAP to readout status, has been registering 2’s and 3’s for the party in its fortnightly polls since February but leaving that number lumped with “others” in published tables (as Newspoll did until this week). According to executive director Peter Lewis, “there are a range of minor parties with low single digit support [like UAP] which in a national poll are so hard to make sense of that they end up being little more than guesswork.”]

With three weeks to go we can’t say that the UAP will get less than 5 per cent on election day, but it will very likely get less than whatever the final Newspoll says.

The Morrison government has appeared headed for defeat for what seems an eternity. Six years in office, low wages growth, disunity, the pull of a feral conservative base and Senate-induced policy paralysis (now apparently a permanent feature of Australian politics) have made Labor’s policy-laden insurgency look all but certain to succeed.

These are difficult times for governments. But in a sense Australia already had its Trump/Corbyn moment — our 2016 election, which saw a surprisingly good showing by an opposition that received little scrutiny partly because very few expected it to come close to winning.

This time the Coalition entered the campaign the underdog, always a good place to be. A couple of more polls in this direction, though, and Labor may no longer suffer the curse of high expectations. •

The hazards of being a woman in technology

Women don’t like computing? Technicians working on ENIAC, the first electronic computer, at the University of Pennsylvania in 1946. Apic/Getty Images 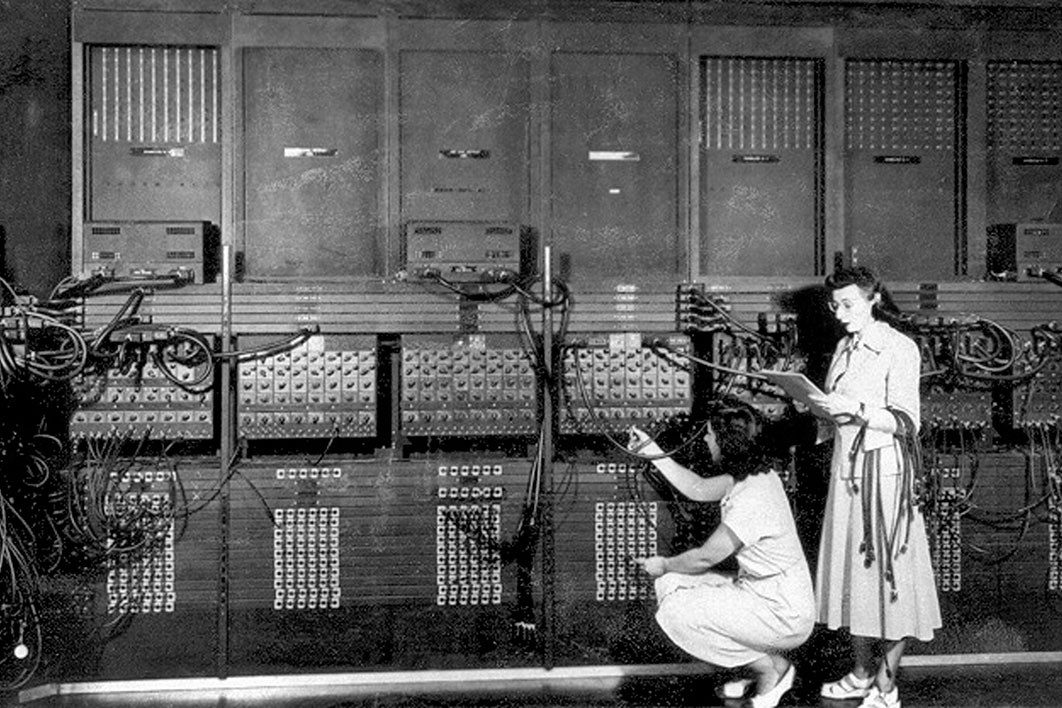 Women don’t like computing? Technicians working on ENIAC, the first electronic computer, at the University of Pennsylvania in 1946. Apic/Getty Images