It’s not what you ask, it’s how you ask it

Election 2019 | An odd decision by Newspoll has shifted the dynamics of the campaign — but by how much? 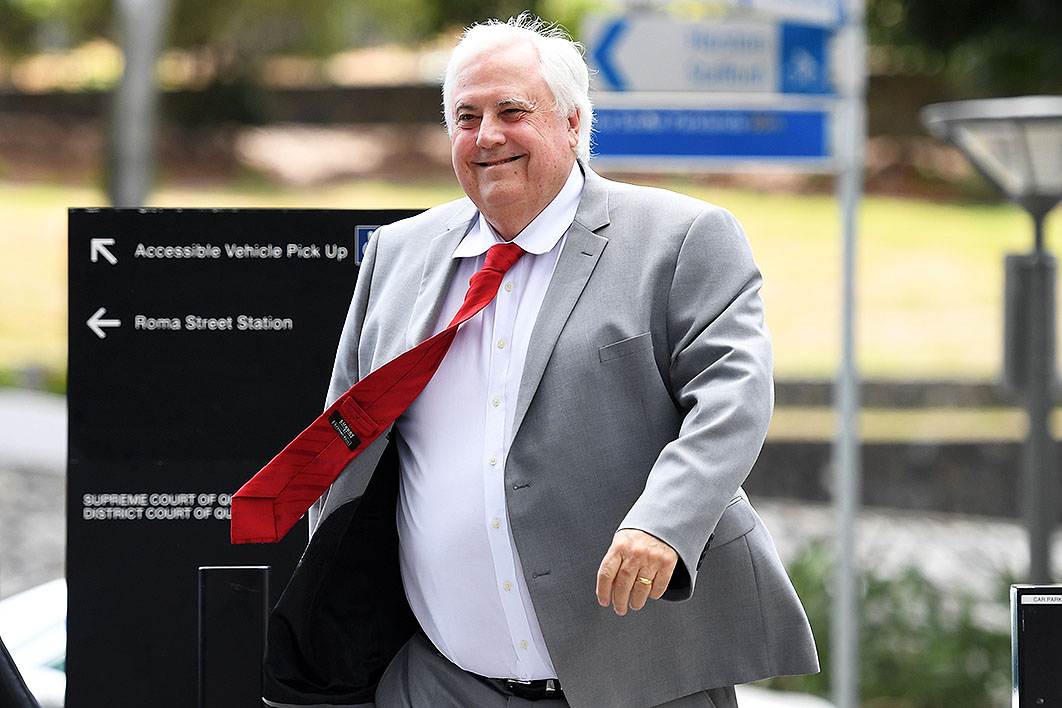 Clive Palmer and the Coalition parties have kissed, made up and agreed to direct preferences to each other. By direct preferences, we mean that how-to-vote cards handed out by Palmer’s United Australia Party will advise its supporters to put a number 2 next to the Coalition candidate, and vice versa. (If not a 2 on UAP’s cards, then at least a number smaller than Labor’s.) Palmer’s rhetoric, meanwhile, has taken a decidedly anti-Labor turn.

The Queensland businessman’s relations with another, not-unrelated entity have also warmed. Things seem very cosy with News Corp, the media outfit Palmer has spent years raging against. This week his party ran multiple full-page ads in the Australian and News’s tabloids, and News gave him uncharacteristically soft treatment in its reporting.

But wait, there’s more. On Easter Saturday the Australian conducted four seat-level Newspolls, in Herbert, Deakin, Pearce and Lindsay, with the results published on Tuesday. Unusually, the pollster included Palmer’s UAP in the initial readout of small parties.

When pollsters contact people and ask them “which of the following will you vote for?” they usually read out a list of the major parties, the Greens and, in recent years, One Nation. Other minor parties are either read out to respondents who chose “other,” or are left to the respondent to nominate in a follow-up question.

Pollsters have to decide when a minor party is receiving enough to support to be included in that first question. When they are included, the results tend to overstate the party’s support; when they’re left off, the results understate it.

Most pollsters added One Nation to their list after the last federal election. Newspoll added the Greens after the 2007 election.

Now, it’s likely that including any old name (just make one up, especially with the word Australia in it) would generate a few per cent of support. Which is why, as a rule, minor parties would kill to get onto that list. Yes, it does mean that they go on to perform less impressively at elections than the polls suggested (see the Greens, and One Nation at state level over the past few years), but it sets tongues wagging in the meantime.

Apart from the Herbert survey, it’s hard to see a justification for Newspoll’s decision to include the UAP in those weekend readouts.

Unlike Clive’s old Palmer United Party, or PUP, the UAP doesn’t even include his name. Despite its avalanche of advertising and text messaging, it’s likely most voters wouldn’t recognise the party on the ballot paper. But thanks to Newspoll and the Australian, UAP can expect much more media coverage than it would otherwise have attracted.

Coalition how-to-vote cards will assist Palmer in his quest to return to parliament, this time in the Senate. But the benefit for the government itself shouldn’t be understated either.

The UAP is running in all 151 lower house seats, as the PUP did in 2013. Back then, PUP preferences flowed 54 per cent to the Coalition and 46 per cent to Labor, a near-even split that led some commentators to conclude that PUP how-to-vote cards didn’t make much difference.

But those percentages need to be considered alongside an unknown: how PUP preferences would have flowed in the absence of its uniformly pro-Coalition how-to-vote cards.

If, for example, the Greens decided to preference the Liberals and their preferences flowed 54 per cent in that major party’s favour, we would all agree it was phenomenally successful. That’s because the usual figure is around 15 to 20 per cent.

We don’t know the corresponding PUP proportions, but the inside word from pollsters in 2013 was that when PUP supporters were asked which of the main parties they would preference they chose Labor over the Coalition by around 60–40. In other words, PUP took more from Labor in primary votes than from the Coalition. On this (admittedly not very robust) evidence, a PUP preference deal is not to be sneezed at, even if the minor party only gets a few per cent in support.

And speaking of preferences, another problem with including UAP in a pollster’s readout is that it makes it more difficult to estimate two-party-preferred numbers — an extra headache for pollsters already grappling with how to split One Nation’s preferences.

Now that nominations have closed we know that One Nation is only contesting fifty-nine lower house electorates. For the pollsters who are taking things seriously, this should mean a drop of a bit less than half in One Nation support in future surveys. (A bit less than half because the seats they’re running in would be overall strong ones for them. The last Newspoll had them on 4 per cent, down from 6, so perhaps the pollster has already made some adjustments.) Pollsters will now only include them in the readout for respondents in those fifty-nine electorates — or they might have another way to adjust the figure down — and this will make their two-party-preferred estimates a bit better.

But if Newspoll gets carried away and starts including UAP in readouts for its national surveys it will work the other way, adding rubberiness to its two-party numbers.

Using that 2013 54–46 split this time around would be unwise, as there’s no particular reason to believe Palmer will attract support from the same kind of voters (or have the same level of on-the-ground presence, all those Swedish backpackers thrusting cards into voters’ hands) as in 2013. (I suspect that with Clive a decidedly less cuddly entity this time around, UAP supporters will be more right-leaning than PUP ones were.)

Clive would love to see UAP in national survey readouts, but would Newspoll really create this rod for its own back? •

Update: the answer to this last question turned out to be Yes, so this saga has a part two, here.