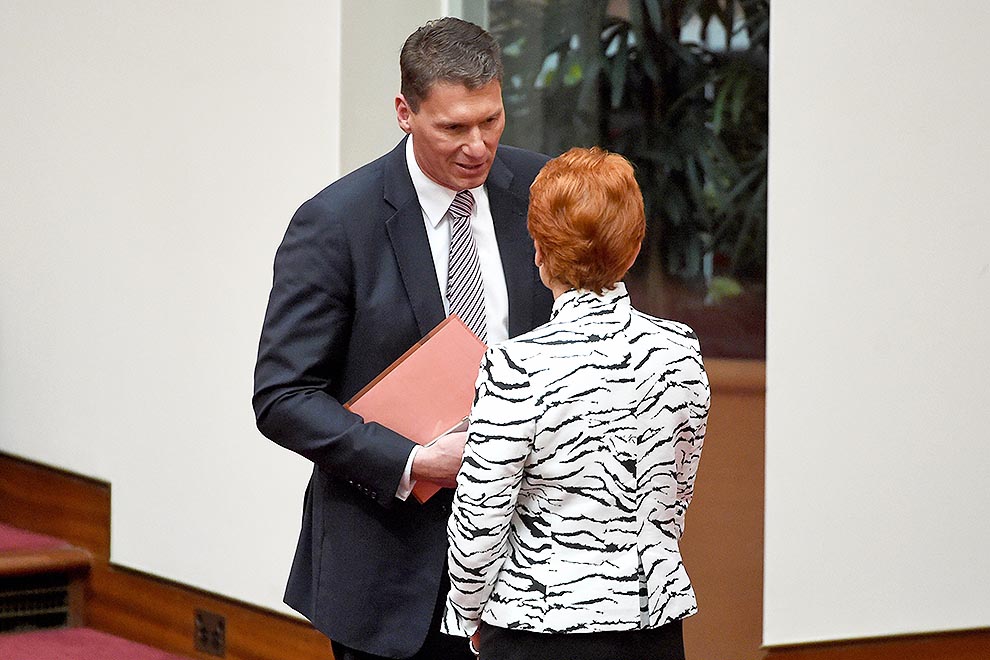 Between the election of Donald Trump, Britain’s disengagement from the European Union and the resurgence of nationalist parties in Europe, the old Western political order finds itself threatened by a curious combination of establishment figures gone rogue and broad-based public discontent. Cory Bernardi is betting that Australia is experiencing the same trends to the same extent – and, equally speculatively, that he is the figure to tap into that mood.

In some ways Australia was ahead of the curve. Pauline Hanson has been riding a wave of dissatisfaction for twenty years now, more than a lifetime in political terms, and the Howard-era culture wars were a transparent attempt to curry electoral favour by opposing the government to an imagined “elite” who could wear the blame for society’s ills. More recently, both Kevin Rudd and Tony Abbott rode anti-politics into (and back out of) power, and we now enjoy a Senate populated by a colourful collection of minor parties, all claiming to represent the disenfranchised and dispossessed.

In this context, Bernardi’s split from the Liberals should have come as no great surprise. Emboldened by Trump’s successes – the standard-issue “Make Australia Great Again” caps are not exactly subtle – Bernardi is banking on his capacity to exploit a similar, as-yet-untapped electoral undercurrent. Or, in his own words, to “give hope to those who despair at the current state of Australian politics.”

Yet this bold step into the unknown is predicated on a critical miscalculation. The problem for Bernardi and his ilk – and he is certainly not alone, enjoying support both within his former party and from mining magnate Gina Rinehart – is that they fundamentally misunderstand Trump, Brexit and the broader political forces in play. These have very little to do with values and a whole lot to do with economics – and not the sort of economics likely to be promoted by a party bankrolled by a billionaire.

American voters primarily motivated by moral precepts – by opposition to abortion, Islam or socialised healthcare – had no shortage of highly qualified Republicans to choose from. Whatever one thinks of Trump, the likes of Ted Cruz and Marco Rubio can hardly be construed as moderate, even in comparison. The fact that they were roundly rejected shows that the wheels have come off that particular bus. Working-class voters will no longer be distracted from their economic interests by talk of God and guns.

Brexit reinforces this reality, particularly in comparison with Trump. Where the Republican nominee campaigned on repealing Obamacare (and even then with the promise of replacing it with “something better”), those making the Brexit case explicitly (and, as it turns out, dishonestly) claimed that disengaging from the European Union would free up substantial funding for the National Health Service, among other popular social services.

Unfortunately for Bernardi, the public disenchantment he aspires to harness in Australia reflects unhappiness with much of what he stands for – neoliberal economics and insider politics. Despite the broad benefits conferred by global capitalism – and it’s easy to forget that the current generation enjoys opportunities their grandparents would not have dreamed of – it has not been universally beneficial. Broad swathes of society have been left behind by economic change, technological development and the offshoring of industry, and a new generation faces an increasingly uncertain employment market, out-of-reach housing and the progressive withdrawal of the education and healthcare benefits their parents (and political leaders) enjoyed. Worse still, they are blamed for the mess they’ve inherited.

Given the circumstances, an anti-establishment mood should be no surprise. But a party that subscribes just as strongly to the precepts that got us to where we are can’t plausibly argue that it’s different. The Abbott government stood for much of what Bernardi is selling, and was broadly and consistently on the nose.

Even if Bernardi were to fully embrace anti-establishment sentiments, Australia simply doesn’t have the broad left-behind demographic that exists in the north of England or the American midwest – at least, not yet. Trump and Brexit reflect the views of a substantial group of people who have lost all faith in the status quo, and if your income, employment prospects and life expectancy had been dropping for three decades, how could you not? This disaffected electorate is now willing to vote for anyone – literally anyone – who offers the chance of an alternative, no matter the practicality of a border wall or a trade war.

Australia, too, has lost much of its manufacturing capacity (the car industry being the most recent high-profile victim), but a mining boom and a property bubble have papered over the cracks for the moment. This is not to say the same sentiments do not exist, and the day may yet come, but for the moment there is nothing within the same order of magnitude. The politics of grievance and resentment are sufficient to elect a Hanson or Xenophon (or a Palmer or Katter – remember them?) and a few fellow travellers, but without further economic decline that is the ceiling. There simply isn’t sufficient unrest to propel a new party that aspires to meaningful involvement in national governance, and without further economic decline there is unlikely to be.

Nor do Australians have any real distaste for (let alone fear of) big government. The broadly peaceful relationship between government and citizen means we simply don’t have the accumulated antagonism that drives such a sentiment. We may well support a reduction in spending and taxation, but only up to the point that it affects our own access to services. This means that while there is ample support for cuts to the meagre percentage of the budget that funds unemployment benefits, there is very little backing for cuts to healthcare, education or the aged and disability pensions.

It is this broad-based public buy-in that has allowed the Australian Settlement to stand for a century in the face of evolving global economic conditions, and precluded any serious political attempts to alter it. This sentiment is so entrenched that the two longest-serving prime ministers in Australia’s history, both dyed-in-the-wool conservatives, embraced it without any particular qualms. In founding the Liberal Party, Robert Menzies advocated “a true revival of liberal thought which will work for social justice and security” and drove important expansions in healthcare and welfare policy. More recently John Howard, inspiration to the current generation of conservatives, presided over what was at the time the highest-taxing government in the country’s history.

This is not to say Bernardi shares no common ground with his fellow anti-establishmentarians. Like Farage and Johnson in Britain, and even Trump in an economic rather than political sense, he is the consummate insider, having reached his present station in life through connections rather than any particular talent. He was parachuted into a casual Senate vacancy in 2006 by the party machine, and from then on enjoyed the first or second position on the Liberals’ Senate ticket – a guarantee of election in all but extreme circumstances. That privilege was at odds with his value as a member of the party. Bernardi has no demonstrated campaigning or policy talent; his chief contribution to this government has been destabilisation, and before that he offered little more than confirmation of everything the public found distasteful in the Abbott ministry.

Still, in the short term it’s not a bad career move; better to be a big fish in a small pond than the inverse, and Rinehart has demonstrated a proclivity for throwing good money after bad in politics and media that she has prudently avoided in business. And he has timed his run as well as he might have, with a good five years in the Senate to build his movement and drum up sufficient support for re-election.

But, as Inside Story’s Peter Brent pointed out earlier in the week, Bernardi and his Conservatives aren’t guaranteed electoral traction. Free of the need to court direct public support, Bernardi has so far been insulated from the realities of electioneering, and may be in for a rude shock. He is now in direct competition not just with the Liberals, but also with a raft of similar parties, most of whom have a better handle (consciously or otherwise) on the electoral mood. Indeed, his gamble will be made that much harder by his particular electorate – Nick Xenophon has the anti-political angle and the cohort of disaffected major-party voters sewn up in South Australia. Yet even Xenophon’s prospects, like those of Hanson and One Nation in Queensland, face limits.

The real challenge for the likes of Hanson, Xenophon and Bernardi is to articulate public dissatisfaction into a sustainable vision for the future, not merely a distorted mirror of the past. It seems probable that Bernardi will be joined by others who share his feelings, within both the parliament and broader society, and in the short term there are no doubt votes to be milked in opposing marriage equality and denying anthropogenic climate change, much as there have been in harking for a return to a world that can never be restored. In time, though, and to his chagrin, Bernardi may well discover that raging against the dying of the light is not a platform for broad and sustained electoral success. •

Rob Hoffman is a Lecturer in Politics and History at Swinburne University of Technology.

The Coalition is chasing the wrong target, despite all the evidence 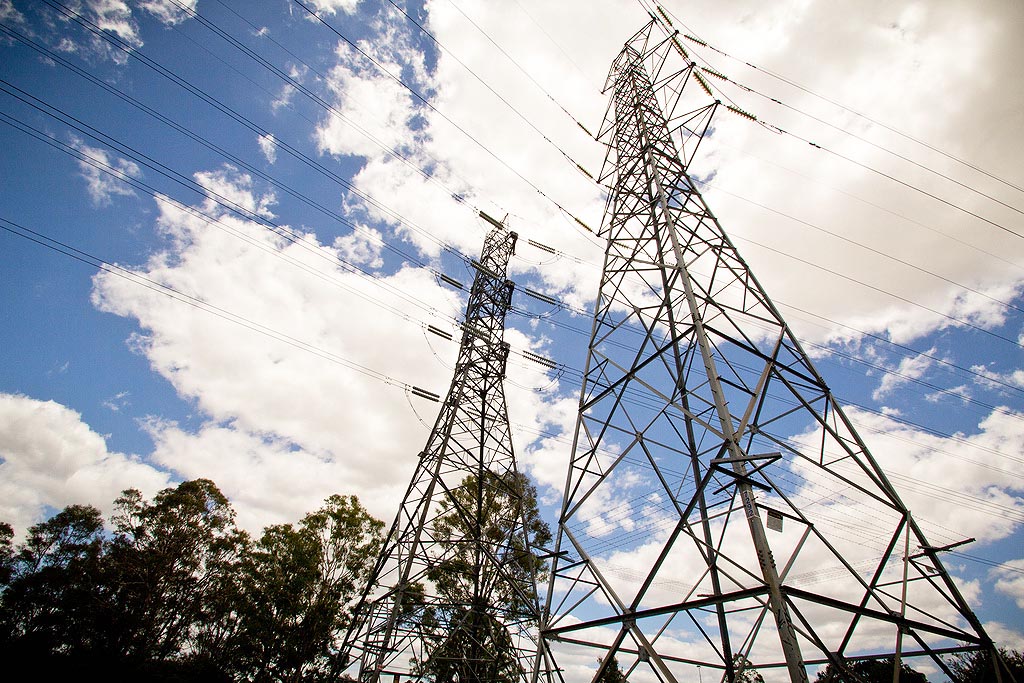