Yes, section 44 can be fixed

The parliamentary report on dual citizenship was barely out before the government rejected its key recommendation. It’s time for some lateral thinking 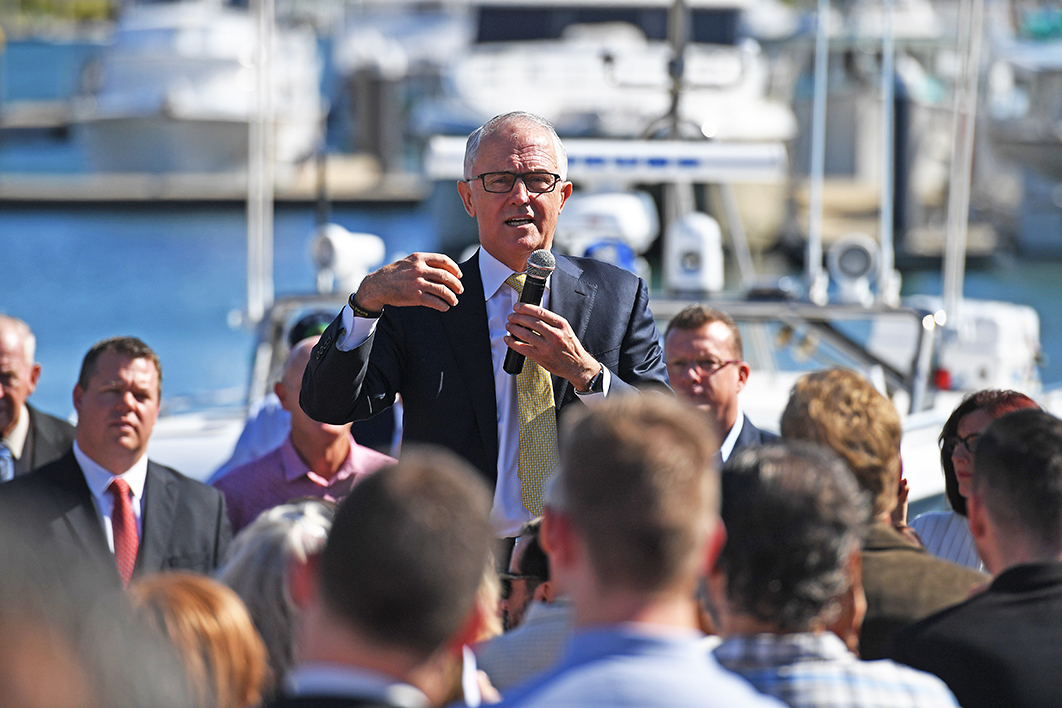 Last Friday the Age published an editorial about section 44 of the Constitution so full of anti-politician swashbuckle and so devoid of facts, wisdom or even logic it could have been culled from some political obsessive’s tweet-stream.

“The High Court’s latest decision on the parliamentary eligibility of dual citizens should definitively end the constitutional fiasco that has now stripped as many as fifteen federal lawmakers of their seats,” it began. ‘‘The legal battle is over,” it triumphantly concluded. “The consequent political one has begun.”

Back in the real world, this constitutional soap opera shows no signs of wrapping up. As Jeremy Gans has written, WA Labor MP Anne Aly might be next for the high jump. And even the Age has since reported that “experts say dual citizenship crisis is far from over.”

Among the editorial’s other doozies was its breezy pronouncements that the meaning of section 44 is “unambiguous” and that the “looming ‘Super Saturday’ of expensive by-elections” would have been “eminently avoidable” if only Bill Shorten had referred his MPs to the High Court late last year. In fact, that action would probably not have avoided a single by-election. (More trivially, the paper also got wrong the number of constitutional referendums held since Federation: it’s forty-four not forty-three.)

On Thursday morning the Joint Standing Committee on Electoral Matters released its report on this very imbroglio. It reminded us that while dual citizenship has been the main topic of public discussion, section 44 has other ramifications, such as “disqualify[ing] teachers, nurses, firefighters and anyone with a Commonwealth contract — unless they quit their job simply to nominate and have a go.” The committee recommended (among other things) that a referendum be held either to repeal sections 44 and 45 or to insert “until the parliament otherwise provides” before each, which would have the same effect of putting the laws in the hands of parliament.

By lunchtime the Turnbull government had rejected the referendum proposal, citing a lack of public support. In a sense you can’t blame it: with even newspapers like the Age kicking the populist can, who needs enemies?

The report also acknowledged that “the preconditions for [referendum] success will take time to achieve,” so it recommended that the government introduces “early mitigation measures” to reduce the likelihood of referrals to the High Court after the Super Saturday by-elections and the next general election.

Good luck with that.

The idea, implicit in this recommendation, is that Australians can be “convinced” of the merit of change over months and years of reasoned discussion, after which a majority will vote Yes. This is fantastical. Electoral behaviour at referendums — at least in the way they’re traditionally held — is a lot like that at general elections: it relies more on emotion and a range of semi-definable societal dynamics than on any objective facts. Very often, the urge to deliver a boot up the backside to “elites,” the government, or just… somebody, becomes the major vote driver.

We’re talking about the Australian electorate, remember, which thirty years ago voted No, by 62 to 38 per cent, to a referendum proposal “to alter the Constitution to provide for fair and democratic parliamentary elections throughout Australia.”

All of this might make the referendum hurdle seem insurmountable. But it doesn’t have to be — if done right.

Yes, the very idea of dragging voters to the ballot box solely to fix section 44 sets the head spinning. Australian election campaigns rely on hyperbole, exaggeration and sophistry and one centred on such an arcane piece of constitutional housekeeping would get very silly very quickly.

Referendums also cost a lot of money. Even with on-paper bipartisan support, a section 44 campaign would inevitably largely come down to the fact of the vote itself. The expense, the inconvenience — why are our politicians putting us through this? As the opinion polls show support declining, more MPs and public figures would defect to No.

Here’s the solution: hold a section 44 referendum simultaneously with a general election, preferably the next one. That’s how referendums were held in the first decade of the Federation, with a success rate of two out of three. The mid-term habit began under a Labor government in 1911, and for some reason it took hold, but there is really no reason for it. These days the standard explanation is that it’s better to deal with such matters away from the argy-bargy of an election campaign. But the argy-bargy would actually make a referendum more likely to pass.

If both major parties support the change, its unexciting nature would see it buried by the main contest and the chances of it degenerating into one of those spiv-heavy “people power” campaigns would be negligible. With electors’ (and editorial writers’) minds on weightier matters and with the Coalition, Labor and the Greens advocating Yes, it would stand a good chance of sailing through.

The last time a government took referendums to a general election was in 1984. Even though both of them were opposed by the opposition parties, they received 47.0 per cent and 50.6 per cent support respectively (the latter failing to clear the “double majority” hurdle). Few voters gave the referendums much thought during the campaign. Which is exactly what you want if it is to pass.

(By the way, the successful 1967 “Aboriginals” referendum has been the site of much myth-making. It was held mid-term, but along with the very controversial “nexus” proposal, which attracted nearly all the attention and lost badly.)

A mid-term referendum, on anything, is asking for trouble. Because Liberal opposition leaders institutionally find it difficult to support Labor government referendums, and Labor is likely to win the next election, a referendum concurrent with that could be our one chance for a long time to fix section 44. ●