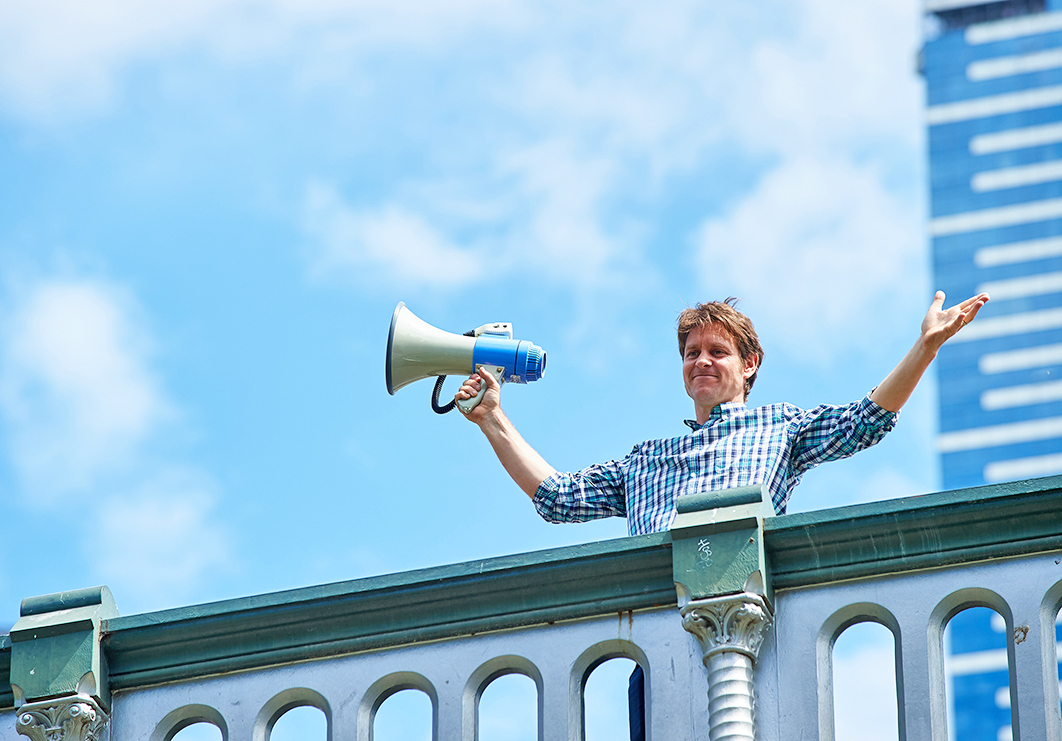 With the winds of change blowing hard and one crisis succeeding another, the incessant stream of disaster television is making many of us punch-drunk. For those in lockdown, or tentatively emerging from it, the mood remains sombre and the belief in our capacity to bring about change is muted.

The ABC’s three-part series Fight for Planet A was already in the making when last summer’s bushfire catastrophe began to unfold, and was completed before the pandemic hit. If the three-month deferral of the broadcast date was arranged in anticipation of some reprieve from the pandemic emergency, things haven’t worked out that way.

Presenter Craig Reucassel delivers a brief introduction to camera explaining this unforeseen convergence of events. Watching it now, though, the series unavoidably comes across as something of an anomaly. Reucassel’s buoyant approach and the program’s whole “yes we can” premise seem out of tune with what looks like a depression looming.

Five Australian households participate in a challenge to see how much they can reduce their carbon footprint. The presumption is that they are all, in their different ways, guilty of ecological extravagance, but how does this come across now that the livelihoods of so many households are in jeopardy? The ABC’s manager of documentaries, Stephen Oliver, sees some advantage in shifting the focus from the pandemic, which leaves us “sitting there waiting for the experts to find a vaccine,” back to climate change, where we can all be instrumental in finding solutions.

At the beginning and end of the series, the five households assemble in the studio for an audit of their joint carbon emissions, represented as a bouquet of black balloons attached to a model house. In episode one, the house is in midair; the challenge is to reduce the balloon count enough to ground it. To achieve this, they must change diets, modes of transport and household energy consumption.

On its own, this aspect of the series could make for fairly bland lifestyle television. But Reucassel never allows us to lose touch with the sterner dimensions of his subject. The flair for performative interventions he demonstrated in The Chaser’s War on Everything (2002–09) comes to the fore as he uses forms of street theatre to engage passers-by in the broader challenge.

“The hardest part is getting people to visualise emissions,” says Reucassel. He heads for the beach with a cloud of carbon balloons attached to his back, intending to head off the prime minister, who is taking a weekend stroll in board shorts. Per capita emissions in Australia are among the highest in the world: can he get Morrison to “see” what this means? As it turns out, the strongest visual image is of the prime minister scrambling awkwardly over the beach wall to escape the encounter.

Reucassel has more success persuading ordinary people to front up to the problem. While the household challenge is under way, he sets off around the city and across the country to tackle the larger issues. As a nation, we emit 539 million tonnes of carbon each year, which makes a massive contribution to the melting of 463 billion tonnes of ice in Greenland and Antarctica. But what do such abstract statistics mean to most of us? A 6.5 tonne wall of ice, trucked into a square in the city centre, is a good way to draw attention. Curious onlookers are invited to guess how long it takes for the average Australian to melt this much ice. The bids come in. Ten years? A year? A month? Ten days, is the answer. People literally stop in their tracks.

Closer to home, though still remote from city dwellers, is land clearing. A road trip to a cattle station 300 kilometres from Cairns provides another kind of shock. Australia has one of the highest rates of land clearing in the developed world. Drone shots show trees falling in rapid succession, keeling over like infantry under machine-gun fire. Some 390,000 hectares are cleared in Queensland in a year, but when the drone shows what a 2000 hectare expanse actually looks like, the larger figure defies comprehension.

Back in the city, seventy volunteers assemble on the banks of the Yarra in Melbourne, holding up green umbrellas to represent a forested area the size of a modest free-standing house. Up on the bridge with a loud hailer, Reucassel starts another bidding game. How long does it take to clear this much land in Australia? “Every hour?” someone ventures. He encourages the punters to go lower, then eventually turns to the group below him and makes the call. The umbrellas snap closed in an instant, and the shock is palpable.

Our eye-watering national deficit to the planet continues to grow while governments prioritise anxieties about the economy. Yet what is the economy, after all, without the underpinning of natural resources? Fight for Planet A is structured so that the carbon audit of the five participating households is counterpoised by snapshots from the bigger picture. Ledgers of debit and credit are checked intermittently, with the implication that there is a clear analogy between the household economy and the macro economy of the planetary ecosystem.

There’s a risk of a significant misconception here, just as there is when household budgets are cited as a model for government budgets. For overarching questions of resource management, it’s the bigger players who call the tune and determine the parameters within which the rest of us operate. We’ve seen some outstanding environmental documentaries from Four Corners, focusing directly on corporate and government responsibilities for our woeful national report card. Linton Besser’s investigation into water management on the Murray–Darling (2017) is a prime example, but it also demonstrated how the politics of it all can leave us feeling angry and hopeless.

There’s plenty of anger among the respondents in Reucassel’s experiments, but his refusal of hopelessness is wonderfully effective. He has a gift for engaging the public imagination and galvanising community spirit. Whether he’s talking to ten-year-olds in the schoolyard, the guys in a student share house, the three generations of a well-heeled suburban family or an outback farmer, he has a way of connecting that is energising without ever being patronising.

Reucassel’s previous series, War on Waste, involved groups of high school students in skilfully organised campaigns that proved remarkably effective. It was a runaway success in 2017 with a sequel the following year. A youth perspective remains at the heart of this new series, reinforcing the message that renewal is not only necessary but also possible. •

Workers versus consumers: a false tradeoff

Are trade, competition and technology good for consumers but bad for workers? History shows otherwise 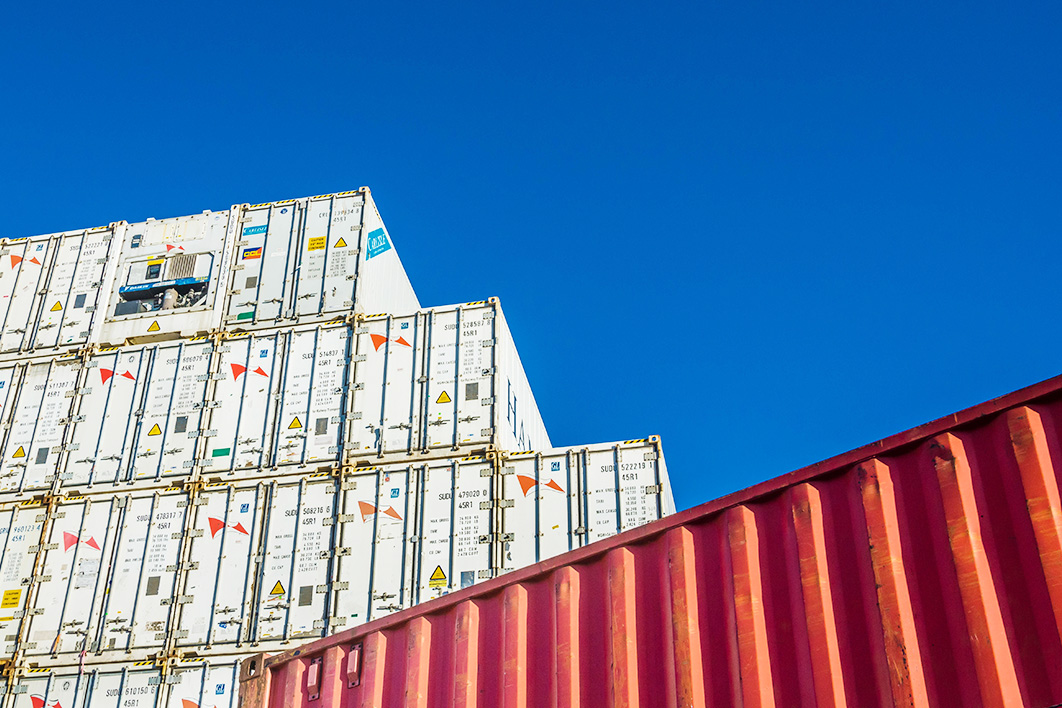