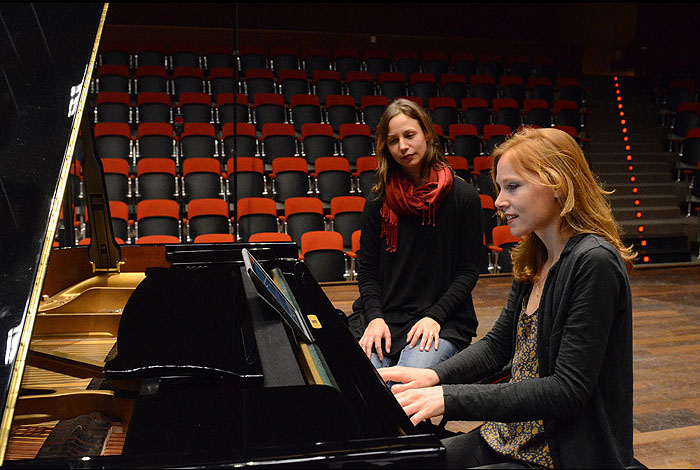 I once heard the poet Adrian Henri read his work. There was no microphone and he spoke so quietly people complained. There was nothing he could do about it, he said, but as he continued a strange thing occurred: audience members edged to the front of their seats and listened harder; very soon the atmosphere was one of intense communion.

I was reminded of this, listening to Dances and Canons, a new disc of piano music by Kate Moore. Not that her music is especially quiet, it’s just that at first nothing much seems to be going on. Some stock-standard, rather neutral, rippling ushers in the 2008 piece Spin Bird, and you think this music will never hold your attention. But then, suddenly, twenty minutes have gone by and you’re approaching the end of the more extended and ambitious composition for two pianos, The Body Is an Ear. You’ve been hooked. By the time Spin Bird returns at the end of the disc, we are listening with different ears. In fact it is also a different performance, but that doesn’t quite account for the effect of the music the second time round, which seems considerably more intense. Moore will be composer-in-residence at the Canberra International Music Festival next May, and this CD is ideal preparation for prospective audience members. Saskia Lankhoorn is the committed and exemplary pianist and there is no classier label in the world than ECM.

Kate Moore is an Australian composer living in the Netherlands; Liza Lim, another Australian composer, has been based in Manchester these last six years, though she is soon to be back in her hometown of Melbourne. It seems likely, however, that her career may remain largely in Europe, where she is much performed. That’s where a new CD of her orchestral music emanates from. It’s on the Swiss hatART label and features three works played to the hilt by two German radio orchestras. I imagine the most familiar piece to Australian audiences will be The Compass, composed for didgeridoo player William Barton and the Sydney Symphony Orchestra. Barton is the soloist here too, the sound of his instrument more fully integrated with the orchestra than in any comparable work for the concert hall.

A few days after Peter Sculthorpe’s death in August, ABC Classics released a double CD of his complete music for solo piano played by Tamara Anna Cislowska. The project had been years in the making, with the composer himself involved to the end of his life. It is the most apt recorded celebration of his work possible, because it presents the full range of Sculthorpe’s work. Here he is at his most lyrical, most experimental, most popular and most arcane – and most importantly there is a consistency of voice that connects it all. So many of the tributes to the late composer focused only on the “Australian landscapes” of his orchestral music. This wonderfully played and packaged release presents a fuller picture.

Paul Grabowsky has had a busy year leading the Monash Art Ensemble, returning to the Australian Art Orchestra to help it celebrate its first twenty years, releasing the superb sextet album The Bitter Suite, and accepting a succession of national awards for it all. Crowning 2014 was the release of his hotly anticipated solo album entitled, perhaps a little unimaginatively, Solo. I suppose all the imagination went into the recording. They say there’s nowhere to hide when you play solo, and Grabowsky certainly exposes his musical wits here. The textures are transparent, sometimes employing just two parts or spinning a melodic arabesque above spare, simple chords. There are two standards among the Grabowsky originals – three, if you include Grabowsky’s own “Angel.”

Speaking of anticipation, if you haven’t heard Scott Walker since he sang “The Sun Ain’t Gonna Shine Anymore,” I should fill you in on some of the past forty-eight years in order to explain the intense speculation surrounding his recent release with Sunn O))). The change that came over Walker is perhaps best summed up by Simon Hattenstone, who, at the time of Walker’s 2012 album, Bish Bosch, wrote in the Guardian that it was as though Andy Williams had reinvented himself as Karlheinz Stockhausen. Listeners to Bish Bosch – one of the most violently demanding musical creations you are ever likely to hear – might have expected a new step into the dark in company with the Seattle drone metal band, but in fact Soused is rather lyrical. Of course everything is relative, but these songs are mostly strophic and occasionally suggest the presence of traditional ballads as templates. It’s still quite extreme stuff, but, unlike Bish Bosch, it doesn’t actually hurt to listen to it.

The career of the Catholic composer William Byrd during the English Renaissance was a little like that of Shostakovich in the Soviet Union. His music kept him alive. Byrd was probably more politically astute than Shostakovich but Queen Elizabeth herself was forced to intervene to have charges of recusancy against him dropped. How astonished he would have been to hear his three masses sung by the Choir of Westminster Cathedral with such passion and fullness of sound. In Byrd’s lifetime, they’d have been sung in secret, probably one voice to a part, in the houses of Catholics who had greater cause than Byrd to fear for their lives. An excellent companion book – as good on the music as the life, and refusing to separate the two – is Byrd by Kerry McCarthy.

Finally, no new release has given me greater pleasure in 2014 than conductor Robin Ticciati’s survey of the four symphonies of Schumann with the Scottish Chamber Orchestra. You still find people who believe these pieces to consist of orchestral stodge, but over the years a succession of conductors have taken it upon themselves to prove otherwise. For some reason, the music has appealed especially to composer-conductors. Leonard Bernstein and Benjamin Britten were both champions of Schumann. Pierre Boulez brought his x-ray ears to the orchestral works to prove you could hear all the details. Mahler even rewrote the symphonies to give Schumann a helping hand. Ticciati shows, beyond doubt, that if you balance the instruments correctly, find the right tempi – swift, but not extremely so – and phrase and point the music with care, the pieces can have the same buoyancy and gossamer transparency as Mendelssohn. Perhaps it helps that Ticciati’s orchestra is small, but I must say there’s no want of power here, just wonderful playing that fully refurbishes four repertoire staples. •

Books & Arts Light and shade Andrew Ford 9 February 2021 Music | Art might not change the world, but it can help us see it differently

Worlds beyond the window

A costly kind of freedom: Marion Cotillard in Jean-Pierre and Luc Dardenne’s Two Days, One Night. 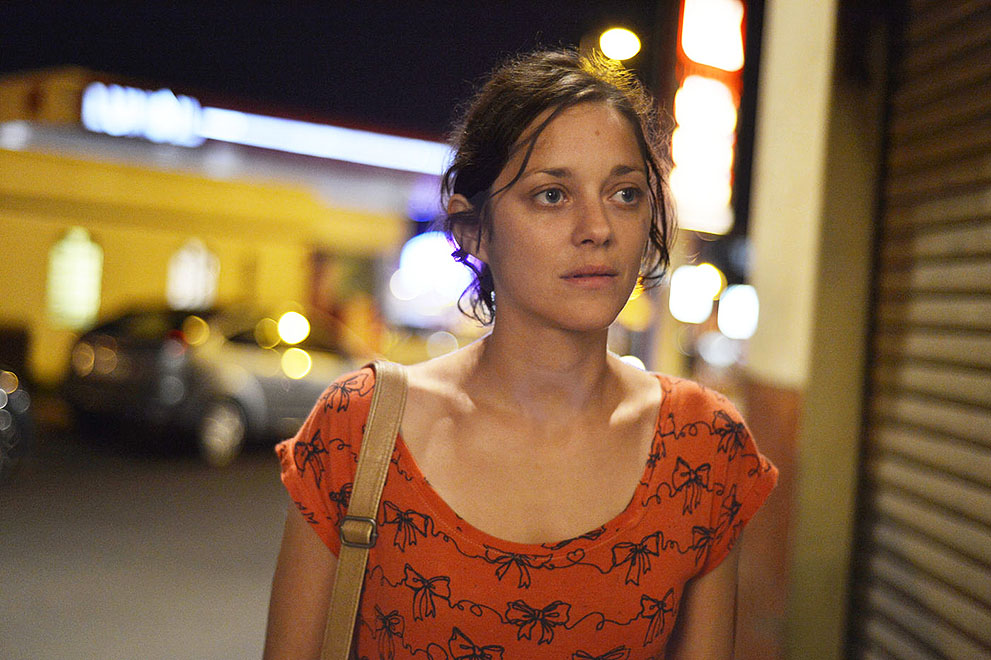 A costly kind of freedom: Marion Cotillard in Jean-Pierre and Luc Dardenne’s Two Days, One Night.