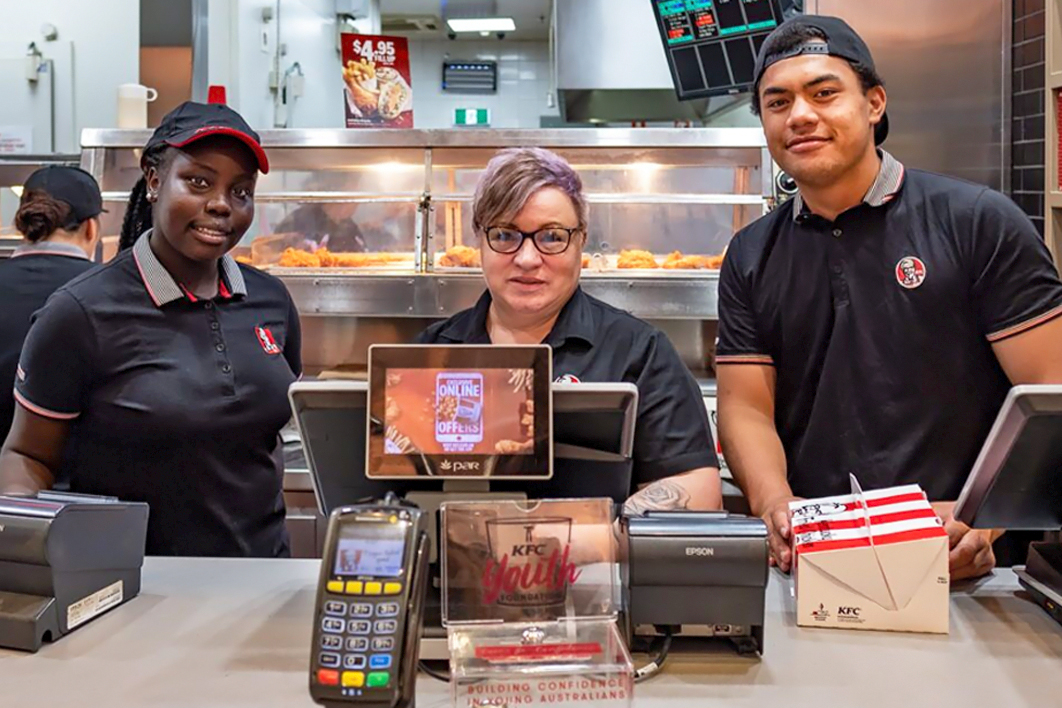 The tragic death of an international student in Sydney this month has highlighted the precarious lives many migrants, temporary and permanent, have been leading out of public view. As the economy has closed down during the pandemic, our disjointed approach to migrant services has come sharply into focus. We have the ideas and tools to do better, though, and the dividends from harnessing the full potential of all our migrants are too good to miss.

Public discussion about migration to Australia tends to simplify a complicated and nuanced reality. Annual permanent migration to Australia stood at 179,085 in 2018–19, made up of approximately 62 per cent in the skilled stream, 27 per cent in the family stream and 11 per cent in the humanitarian stream, which includes refugees. As of 4 April 2020, around 2.17 million people were living in Australia on temporary visas, including roughly 672,000 New Zealanders, 565,000 international students, 203,000 international tourists, 118,000 people on working holiday visas, 139,000 temporary skilled visa holders, and about 90,000 people on temporary graduate visas. This total also includes more than 280,000 people on bridging visas but not the estimated 50,000 to 100,000 people without a visa.

This picture is complex enough without delving into the quagmire of visa categories and conditions that apply to refugees and asylum seekers, depending on how they arrived and where in the immigration process they are.

Rather than focusing on visa categories, though, we want to explore two much more important questions. How can Australia respond to the individual needs of migrants as they settle here, regardless of their visa category? And how can we best support all migrants to participate fully in Australian society and the economy?

Despite the fact that temporary visa holders benefit Australia in many ways, the federal government largely expects temporary migrants to look after themselves while they are here. Yet they bring many benefits. They pay tax; they fill skills gaps and labour shortages in sectors including health and care, logistics and agriculture; and they often live and work in regional locations crying out for residents and workers.

Temporary migrants also support some of our largest industries. The Victorian government estimates that just one group — the 250,000 international students who came to the state last year — contributed $12.6 billion to state revenue. And, while there have been calls to put Australian workers first, studies show that migrants don’t disadvantage local workers, and can actually lift their participation in the workforce.

A new report by Eve Lester has found that the federal government treats migrants predominantly according to their visa status rather than their individual needs. Funding or contractual arrangements often mean that non-government agencies largely follow these government policy and program settings, leaving temporary migrants particularly vulnerable.

Lester stresses that the term “temporary” is in many ways misleading. For many migrants a temporary visa is a step towards permanent residency, although this goal has become increasingly hard to attain. Lester notes the growing underclass of “permanently temporary residents” that live in “a holding pattern that makes them highly exploitable and in which they hover at the margins of socioeconomic engagement.”

The current approach to migrant services “creates cracks through which those in the grey areas will invariably fall,” says Lester. Women on temporary visas who are experiencing intimate partner violence, for instance, often face barriers to seeking help, such as fear of deportation or losing custody of their children, and limited English skills. Most are ineligible for Centrelink financial support or childcare subsidies, and social and community housing is largely inaccessible to them. They often have no option but to remain in a dangerous situation.

While the federal government has funded the Red Cross to provide a small one-off emergency relief payment to temporary visa holders at risk of destitution, the exclusion of temporary migrants from its broader response is only deepening this disadvantage. In the short term, expanding existing pandemic measures to include temporary visa holders in vulnerable situations is vital. Australia could also learn from how other countries are tackling labour shortages in the health sector, including by fast-tracking overseas skills recognition for refugees and new migrants.

All states and territories are now providing grants or other support for international students and/or other temporary migrants unable to return home. Some universities are also filling the gaps with emergency support funds for stranded international students. In each case, this reflects an understanding of not only the short-term imperative of supporting these Australian residents but also the long-term implications of their exclusion.

Nearly 300,000 temporary visa holders are thought to have left Australia since the start of the year. With immigration paused indefinitely, none will be arriving to replace them. This gives us the opportunity to ensure that migrant services are more effective when borders reopen.

Fortunately, we already have the blueprint and tools we need to achieve this. Last year a panel led by former senior public servant Peter Shergold set out a compelling blueprint for improving the settlement experience of humanitarian migrants. Their proposals would link the efforts of Commonwealth, state and local governments to industry and the community sector, reducing the wasteful fragmentation built into the current system. This approach could equally be used to support other vulnerable migrants in Australia.

Their proposals for humanitarian migrants have been endorsed and promoted by the federal government, and many are already in train. For instance, the Department of Home Affairs, where Australia’s immigration programs sit, took over management of settlement services and English-language programs in mid 2019. Alison Larkins has been appointed to the new role of the Commonwealth coordinator-general for migrant services, and a new Refugee and Migrant Services Advisory Council, with members from civil society and the private sector, was announced in February this year.

Reforms are being tested now to ensure the national employment services system, Jobactive, adapts much more effectively to an individual’s journey, employers’ needs and local circumstances. This should mean a far better service for all unemployed and underemployed Australians, and more resources for those with complex needs. More flexible delivery of the Adult Migrant English Program is also slated for testing this year. Experience with JobSeeker and JobKeeper should point the way towards targeted wage subsidies and higher levels of unemployment support for the most disadvantaged jobseekers.

Locally connected, place-based approaches to delivering critical services have been widely commended and are achieving good results. These approaches use local networks to lift social and economic participation. In Victoria, for example, Wyndham City Council and its partners have been running the Wyndham Employment Trial to boost economic participation for young people and humanitarian migrants. Eighteen employers are recruiting, and ninety-four humanitarian migrants have been placed in employment.

Working arrangements built during the trial are helping local organisations to respond in a coordinated way to the challenges of finding work for jobseekers in the wake of Covid-19. The success in Wyndham sheds light on how we can better support refugees and vulnerable migrants to settle in Australia.

Fully implementing the necessary governance and service reforms, and scaling up effective place-based approaches to include broader groups of migrants and others facing disadvantage will ultimately lead to more successful settlement and a more inclusive society.

It has been estimated that greater social and economic inclusion will yield serious economic benefits for Australia. Queensland alone stands to gain $250 million over ten years by making better use of the skills of migrants and refugees. Reducing gaps in participation, employment and income by 25 per cent relative to the average Australian jobseeker for just one annual humanitarian intake could be worth $180 million to the federal budget over ten years as well as $484 million in income for those refugees and their families.

Refugees are known to be Australia’s most entrepreneurial migrants — they are nearly twice as likely as other Australian taxpayers to run businesses — and every 1000 new refugee businesses generates $98 million in annual economic activity and taxes.

The pandemic has exposed Australia’s disjointed approach to migrant support, but it has also inadvertently created a chance to do better — to enhance Australia’s recovery and, at the same time, bed down the reforms we need to harness the full potential of Australia’s migrant population.

A lot of the thinking has already been done, and Canberra has created the necessary governance mechanisms. Now is the time to grasp the opportunity to scale up these initiatives. •

Annabel Brown is Program Director and Caitlin McCaffrie is a Policy Adviser with the Centre for Policy Development. CPD has been supporting the Wyndham Employment Trial under its Community Deals approach.

“Financialisation” encourages homeowners to view their house as a bank from which they can withdraw funds, often in order to buy more property. Meriel Jane Waissman/iStockphoto 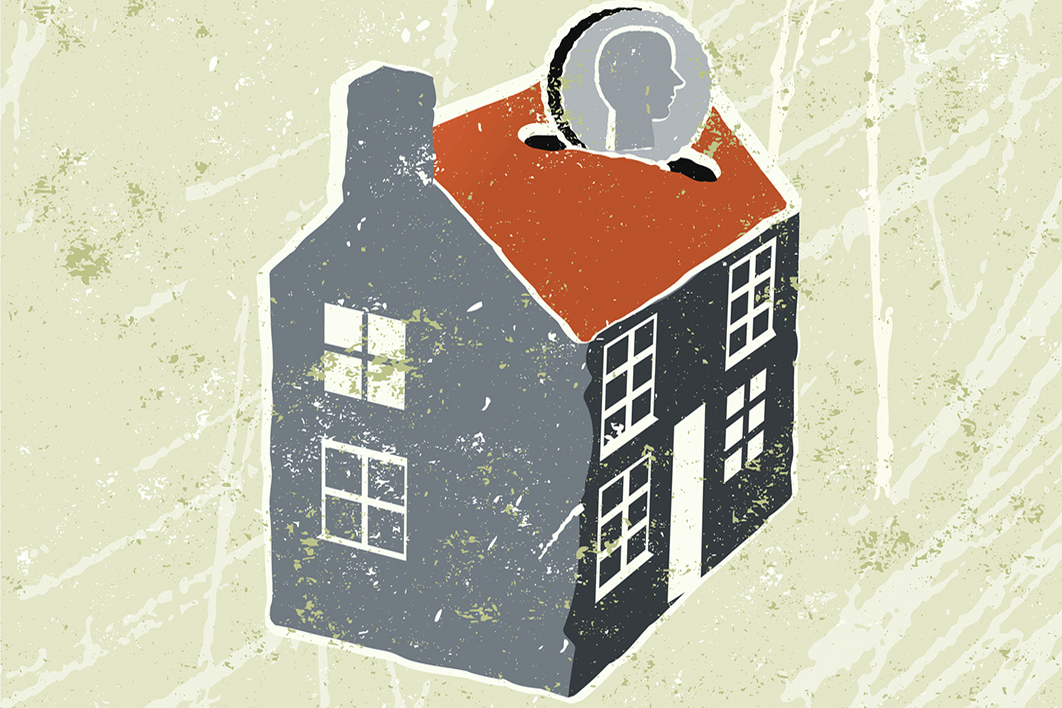 “Financialisation” encourages homeowners to view their house as a bank from which they can withdraw funds, often in order to buy more property. Meriel Jane Waissman/iStockphoto