Election 2019 | If the polling consensus is right, each winnable seat will count for Labor 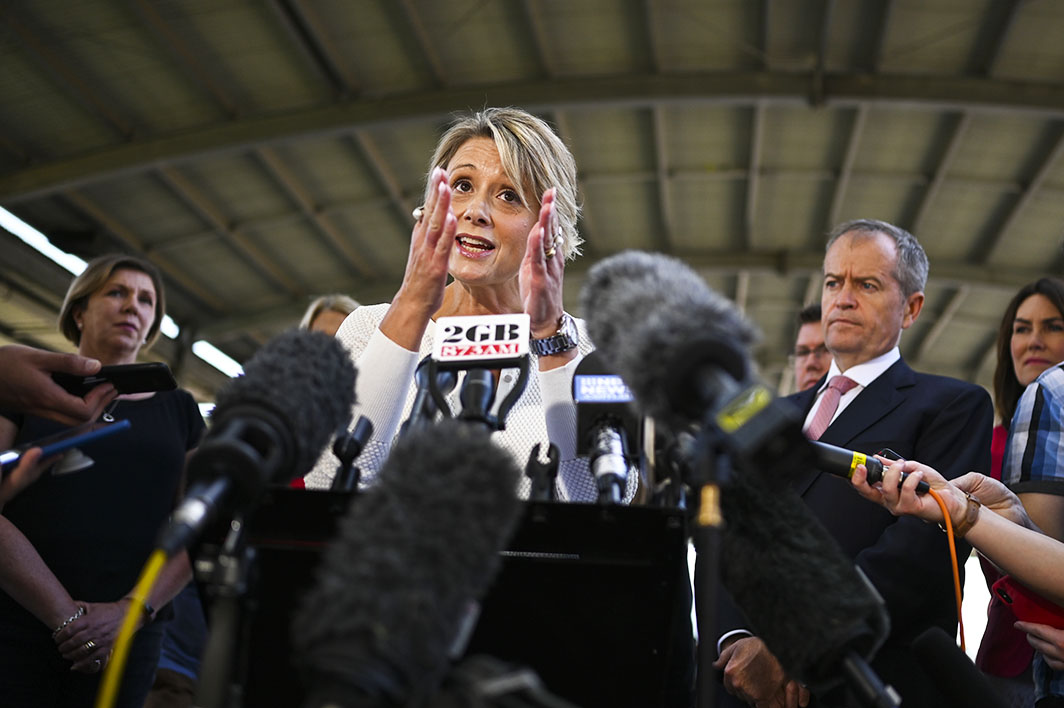 With the federal election campaign in its final days, opinion polls put Labor’s two-party-preferred support at between 51 and 52 per cent. But while the two-party figure can be a useful guide to likely election outcomes, it becomes less reliable the more independents and minor parties are elected to the lower house. While only independent Andrew Wilkie, Green Adam Bandt and Katter’s Australian Party’s Bob Katter are virtually guaranteed re-election, credible arguments can be made for non-major-party wins in half a dozen other seats. Were this to eventuate, a two-party figure close to 51 per cent may not be enough to deliver majority government, and the dreaded hung parliament might yet be the final outcome.

It’s worth noting that the consistent poll consensus (Labor at 51–52) has prompted comment from election specialists who view this pattern of agreement (over dozens of individual polls) as statistically suspect given the nature of polling and the laws of probability. Pollsters can sometimes be guilty of “correcting” for outlier polls, a phenomenon known as “herding.” The recent Victorian state election is cited as a possible example, with polls overwhelmingly predicting a narrow Labor majority rather than the substantial victory that occurred. This election may be a test of the polls as much as of the parties.

Compared with the other changes of federal government since 1972, Labor entered the current campaign with an historically modest poll lead, and hence less margin for error. Bob Hawke and Kevin Rudd on the Labor side and Liberals Malcolm Fraser, John Howard and Tony Abbott all entered the campaign with levels of party support (some up to the mid 50s) affording some insurance against any loss of ground in the campaign. Four leaders secured large majorities, with Fraser topping the two-party-preferred ladder (55.7 per cent), followed by Howard (53.6 per cent), Abbott (53.5 per cent), Hawke (53.2 per cent) and Rudd (52.7 per cent). Labor’s Gough Whitlam achieved the same percentage as Rudd, but with an anti-Labor electoral bias and some idiosyncratic seat results could only secure a nine-seat majority.

Labor’s three successful postwar government-winning leaders were all, in their own ways, dynamic, larger-than-life figures, not a compliment likely to be directed at Bill Shorten. But whether this will cost him victory will be known soon enough.

The narrowness of Labor’s lead may have suggested the merits of a cautious, small-target approach, but as has been discussed in Inside Story, the party opted for a big-target (“courageous”) suite of policies, involving significant spending commitments. The substantial revenue required would come largely from involuntary contributors apparently written off as electorally irrelevant by Labor. “They are free to vote for someone else,” as shadow treasurer Chris Bowen so bravely put it.

If Labor assumed that its big-spending agenda would win votes, polling suggests that such confidence was misplaced. Any poll movement during the campaign has been slightly to the government. A big-spending program always had the potential to play into the Coalition’s preferred theme of competent economic management, terrain on which Labor routinely loses. The government has been trying to exploit that advantage, and ally it to Scott Morrison’s lead in the preferred prime minister polling, to eke out an unlikely victory.

National polls cannot tell the full story of what might happen in 151 seats, but it is possible to craft a picture of how Labor might assemble a parliamentary majority. Minimal credence will be paid to single-seat polling or to party polling: the former is largely discredited (see Longman and Braddon by-elections, for example), and the latter is often a case of the media being used by party apparatchiks. A reasonable assumption might be that, all other things being equal, any pro-Labor swing in a state will be larger in the capital/metropolitan area than in the regions/bush.

While Labor won sixty-nine seats in the last parliament, redistribution has meant that it enters the contest with a notionally higher number. It is allocated the new seats of Bean (ACT) and Fraser (Victoria), plus redistributed Corangamite and Dunkley, both in Victoria. It loses the abolished South Australian seat of Port Adelaide, for an amended overall total of seventy-two. It needs a net gain of four to secure the narrowest of majorities.

Queensland is a state where polls promise federal Labor much between elections and then voters fail to deliver on the day. The emerging view suggests that this will again be the case in central and north Queensland, and Labor has already been written off by some in its ultra-marginal seat of Herbert. Labor simply has to win two or three seats in the Brisbane–Gold Coast area to get something out of its apparent rise in support in the state since 2016.

In New South Wales, the enduring stench of the Labor “brand” apparently continues to pose problems. It has been suggested that in the seat of Lindsay, the circumstances of the Labor member’s “retirement” may render the seat vulnerable, and if it were to be lost it is essential that Labor pick up two or three Coalition seats to compensate.

In Victoria, Labor optimists would be hoping for the recent state election result to be transposed to federal boundaries, but it is possible that gains may be limited to La Trobe and Chisholm, with anything more a bonus.

Tasmania often votes differently — electing a full contingent of Liberals in the Hawke Labor landslide election of 1983, for example — and there are enough “difference” vibes around for Labor to be concerned this time.

If Labor loses seats in these three states, it could be a long election night, although Gough Whitlam had just that experience in 1972, with losses in Victoria, South Australia and Western Australia, compensated for by sufficient gains elsewhere.

In South Australia, Boothby is the government’s most vulnerable seat, but the margin (just under 3 per cent) may be a stretch for Labor. The status quo in the state seems a reasonable bet, with Rebekha Sharkie an overwhelming favourite to retain conservative Mayo for the Centre Alliance.

Attention then focuses on Western Australia, historically as much a boulevard of broken dreams for federal Labor as is Queensland. Starting from a low base, Labor would be in trouble if it could not pick up the marginal Hasluck, and it would be useful to win one or two of Pearce, Swan or (a roughie) Stirling.

These prognostications can identify the elements of a Labor victory, but it’s far from landslide territory. Quite simply, Labor must keep any losses in Queensland, New South Wales and Tasmania to a bare minimum. And the Greens are not without hope in the Labor seats of Macnamara and Wills, where victory in one or both could jeopardise a clear Labor majority.

Labor supporters will probably regard the above scenario as understating their party’s chances, and they may be right. I am factoring in some remaining softness in the Labor lead and the ability of some government MPs in marginal seats to hang on through their personal votes. One or both assumptions may prove to be misplaced.

A relevant factor is the likely result, in both city and country, where government-held seats are being contested by well-credentialed independents or (in Victoria) Greens. If sufficient independents are successful, but the government holds enough of its ground against Labor, the possibility of a Coalition minority government can’t be ruled out. Katter and Sharkie could be expected to be onside in such a scenario.

This election will provide answers to at least four questions. Can a government as divided as the Coalition has been in this term still prevail at the ballot box, or does the “disunity is death” axiom still apply? Can a government so consistently behind in the polls between elections still turn it around during a campaign and manage a come-from-behind win? Can an opposition with a big-target strategy withstand the predictable onslaught from threatened interests and secure government? Finally, can a Labor opposition leader with persistent low personal approval ratings still be elected prime minister? (The Liberals have already achieved it: see Abbott.)

These questions are not merely academic. If Scott Morrison prevails, future prime ministers will be able to assert more credibly that continual bad polling between elections need not guarantee defeat. And nor may party disunity. Hardline conservatives within the Liberal Party might feel even more empowered to propagate their views.

A Labor loss would probably consign a big-target strategy to the filing cabinet for some considerable time, and would be a blow to those contending that the “end” of neoliberalism necessarily creates an appetite for a redistributive alternative program. Defeat would ensure that the approval/preferred PM metric resumes critical relevance for future Labor leaders.

Bill Shorten is close to achieving what has eluded some big names in Australian politics, including Billy Snedden, Andrew Peacock and Kim Beazley. No first-up federal opposition leader after loss of government has ever gone on to become prime minister. One — Liberal Brendan Nelson — was rolled by his party before even contesting an election. We will soon know whether the much-maligned Shorten is in fact in the right place at the right time. •