A solution in search of a problem

The Coalition wants to introduce compulsory voter ID in Australia. Here’s why we don’t need it 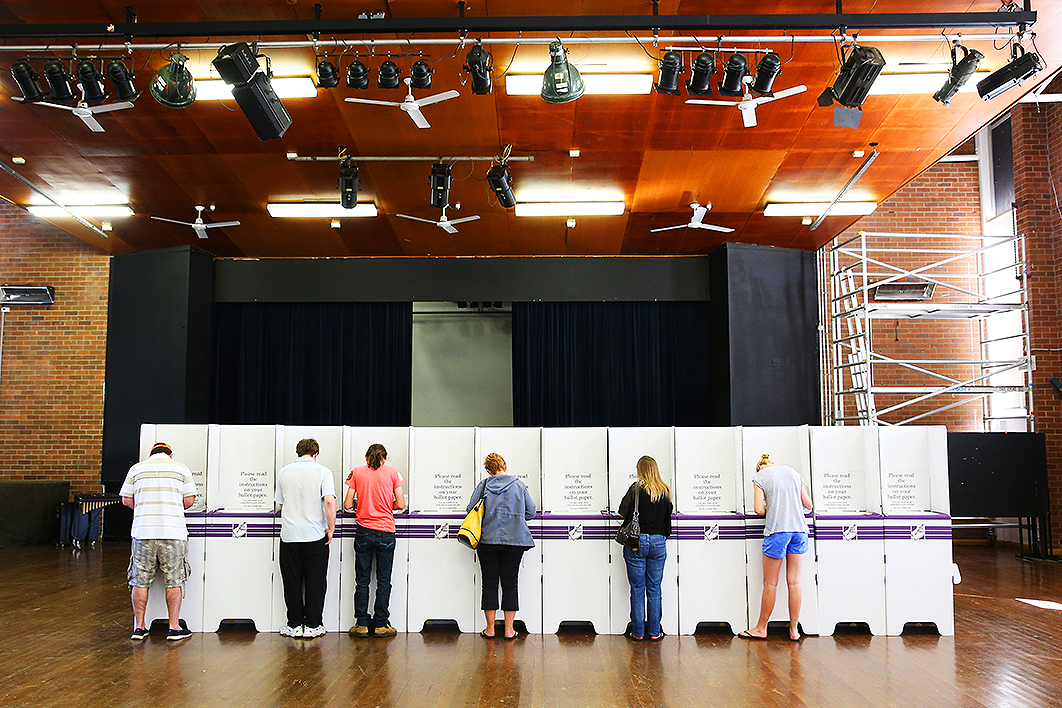 Among other things, the Coalition’s proposal discriminates between those who vote in person and those who vote by mail. Brendon Thorne/Bloomberg/Getty Images

At 213 pages, the Report on the Conduct of the 2016 Federal Election and Matters Related Thereto is as heavy going as its title suggests. Among the many technical recommendations made by the Joint Standing Committee on Electoral Matters — some uncontroversial, such as letting disabled, pregnant or elderly folk jump queues at polling stations; a few of greater moment, like preventing crossbench MPs from forming a party unless they have 1000 members — one provocative reform stands out. That is a call to introduce compulsory voter identification for national elections.

This is not the first time the committee’s conservative majority has recommended that voters be required to produce evidence of their identity. The same recommendation was made three years ago. In some US states, voter ID laws have been used as a discriminatory form of voter suppression. As with much in that country’s partisan-tainted electoral administration, voter ID has spawned a cottage industry of campaign consultancies, research and litigation, with the litigation infected by concerns about judicial bias.

To be fair, its Australian proponents are not calling for the most onerous, US-style, government-issued, photographic-only ID. The proposal here is inspired by a short-lived Queensland law enacted by Campbell Newman’s Liberal National Party government and repealed by Annastacia Palaszczuk’s Labor government. In that model, ID could include faceless government plastic (Medicare or seniors cards) or official notices with addresses (a utilities bill or a tax notice), though the latter isn’t as simple as it sounds if you are in a share house or don’t have a printer.

Electors who go to the polls without such ID would be offered a vote via a statutory declaration. That backstop is welcome, but it defers the question of whether such voters would also have to produce ID, after the event, to validate their vote. And will they receive the courtesy of being told whether their vote was accepted? If not, their vote enters a black box rather than the visible assurance of the ballot box.

Research Tracey Arklay and I published on voter ID in Queensland showed a not-unexpected correlation between regional electorates, and those with concentrations of Indigenous people, and problems with voter ID. Younger voters and those from non-English-speaking backgrounds, or NESBs, may face similar challenges, but Queensland data was only available at electorate level. (Electorates do not vary much by age, and NESB electors tend to blend into urban seats.) These discriminatory effects came on top of the natural confusion that accompanies a new measure. Turnout dropped after voter ID was introduced, an odd result given its first and only run was at the passionately contested election that swept Premier Newman from power.

As a matter of principle, as Antony Green and others have noted, voter ID is a solution in search of a problem. It faces three main objections.

First, Australian elections are already very clean by world standards. Voter ID might deter “personation,” where someone votes in someone else’s name. But there’s minimal evidence of personation here and its best prophylactic is clean rolls and high turnout.

We do have an issue with “multiple voting.” But it is a small problem that voter ID cannot cure. Marking voters off in real time, on electronic rolls, might counter this, but at great cost in resources and confusion. (Most “multiple” votes turn out to be administrative errors. Someone is recorded as voting twice while an almost identically named person is recorded as not voting.) Short of CCTV cameras at every polling station, it is hard to police.

Second, voter ID doesn’t sit well with compulsory enrolment and voting. Are we to fine people who don’t bother turning out because they lack the necessary ID? The long history of Australian electoral practice has been to facilitate the franchise, not to hinder it. Think Saturday polling, pre-polling and online and direct enrolment schemes. The place for ID is at the enrolment stage, not polling.

Third, the proposal explicitly discriminates between those who vote in person and those who vote by mail. If I have to produce ID at the polling station, why should I not have to photocopy the same to vouch for my posted ballot? Postal votes, after all, are not 100 per cent secure.

At least as interesting as the legal niceties and electoral effects are the politics of voter ID in Australia. Leading the push is the committee chair, senator James McGrath. McGrath is no stereotypical blueblood; like Wayne Swan and Kevin Rudd, the senator is a product of Nambour High School. He took his first law degree at the nouveau Griffith University, not a sandstone campus. (For the record, I too went to Nambour High and even taught the senator workplace law.)

McGrath cut his teeth in the administrative wing of what is now the Queensland Liberal National Party. He rose to prominence working on Conservative Party campaigns in Britain. There he was both feted as a “heavyweight strategist” and derided as an “arrogant apparatchik.” Boris Johnson sacked him for telling a reporter that disgruntled Caribbean-born Britons should go home. When James himself came home, he became LNP campaign director and deputy federal director of the party director. Recently he has run numbers for — then against — Malcolm Turnbull. In short, he seems destined for the role of special minister of state, who oversees internal governmental affairs including parliament and electoral systems.

Conservatives, as a rule, mind hurdles to voting less than progressives. This fits the two mindsets: one is less trusting of humanity, stressing individual responsibility, while the other wants the state to achieve substantive equality. McGrath likened voter ID to membership cards to meet licensing laws and buy cheap beer at a surf club, and proof of age/bona fide cards for late entry at nightclubs.

Never mind that nightclub ID cards have upset clubs and revellers alike and, in practice, created a mountain from a molehill. McGrath’s rhetoric is a variant of the now-dated line, “you need ID to hire a DVD but not to vote.” (Every video shop I ever frequented let you borrow if you cited your phone number.) Polling stations are staffed by thousands of casual employees. When we make the process more complex, we risk increasing queuing times and, worse, invite different interpretations of the rules at different booths.

Can the government get voter ID through parliament? Inverting the usual challenge, it may have a better chance in the Senate than the House. The Senate’s crossbench is, at the moment, more conservative than the House’s. Even were the measure to succeed, you can be sure GetUp! will seek to run a judicial review action, given its success on that front in voting rights cases.

Prior to an election, however, such a claim won’t be easy to mount. The High Court may say to any test-case plaintiff, “Why are you here rather than out gathering ID?” A challenge after the event is more feasible. The court will not object to voter ID in principle, given its many variants around the world, including in countries with actual bills of rights. But it has said that hurdles to the exercise of the franchise have to be justified by evidence of a problem and a proportionate response. This is the reason it overturned early closure of electoral rolls, a Howard government initiative.

Given the need for solid constitutional justification, Senator McGrath and his committee may rue taking a scant couple of pages to assert their preference for voter ID, rather than making a cost–benefit case for its necessity. My hunch is that the government doesn’t really care. It is likely to introduce the measure in the lead-up to the election due in the first half of the year. In doing so it may be less interested in making an empirical case for voter ID than in running with this political kite. Labor and the Greens, in opposing the measure, will be labelled as enemies of “common sense” electoral integrity. •

Graeme Orr teaches law at the University of Queensland and is author of the forthcoming Law of Politics (2nd edition, Federation Press).

If judges don’t have a clear idea of how police should behave, where does that leave everyone else? 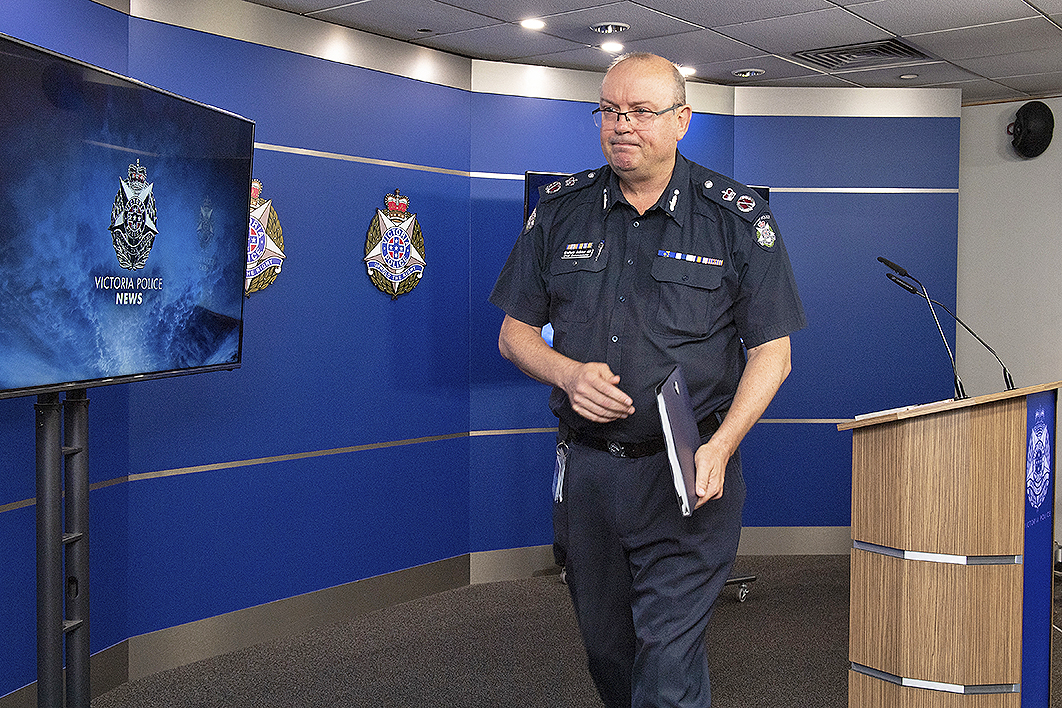