Can Scott Morrison reinvent himself? 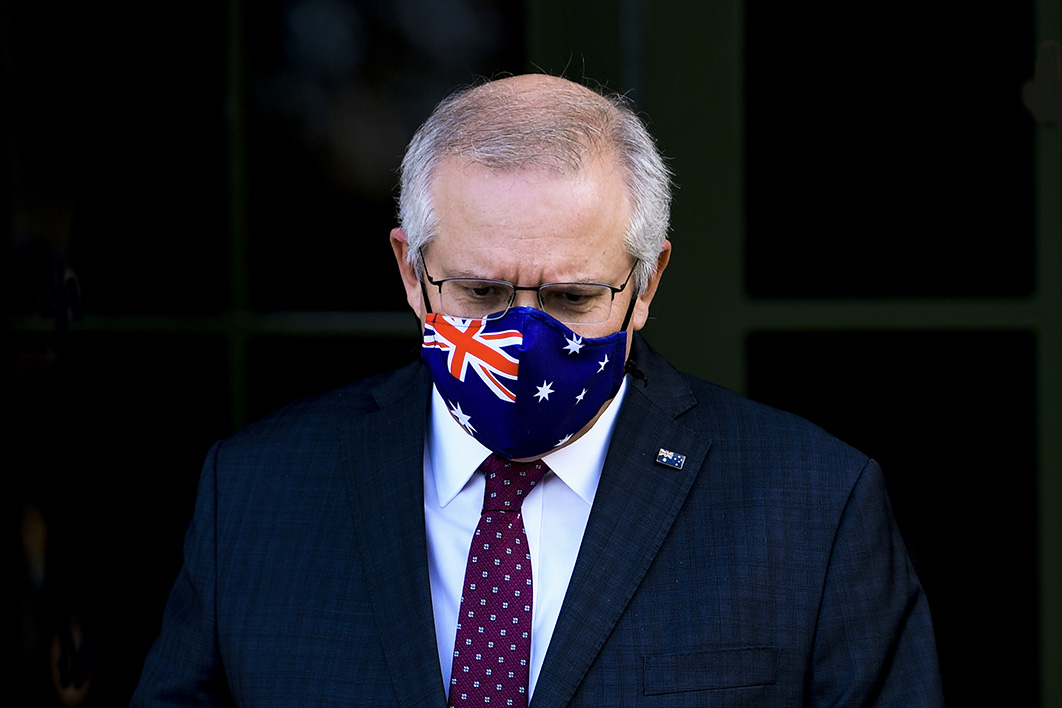 Despite his opponents’ derisive moniker, Scotty from Marketing is facing a major branding problem. As News Corp columnist David Penberthy noted dryly earlier this month, “It has become increasingly apparent… that ScoMo’s dorky dad approach seems more suited to a less challenging environment than the one we find ourselves in.”

In response, the prime minister seems to have been casting around for alternative images. He began by drawing on his past portfolios, giving us flashes of his time as immigration minister by sidestepping questions about the government’s management of the pandemic, just as he once avoided discussing “on-water matters.” His tough persona as social services minister and then as treasurer was on display when he refused to reinstate JobKeeper, which tied employees to employers, and instead treated workers affected by the latest lockdowns more like welfare recipients. Existing welfare recipients who supplement their meagre incomes by working were meanwhile declared ineligible for the new Covid disaster payments.

He also tried channelling John Howard’s refusal to say “sorry” to the stolen generations when he refused for weeks to apologise for the vaccine debacle. Eventually “contrite ScoMo” appeared, but his grudging apology sounded more like John Howard’s expression of “regret” than a whole-hearted apology. Overall, he has come across as churlish, bad-tempered and off his game.

A major health crisis, with its serious implications for lives and livelihoods, can’t be spun away. What the prime minister actually achieves in the next few months will be far more important for Australians than how he appears.

Nonetheless, image does matter in politics: after all, it was one of several factors that helped Morrison win the 2019 election. Labor’s election campaign had originally targeted Malcolm Turnbull as prime minister, depicting the Coalition government as elitist, out of touch and in thrall to the “big end of town.” Astonishingly, Labor didn’t recalibrate its campaign after Morrison took over as leader. His cultivated image as a likeable daggy dad from the suburbs who enjoys a beer and loves his footy team brilliantly undercut Labor’s election narrative, albeit assisted by the public’s distrust of Bill Shorten and Clive Palmer’s multimillion-dollar “Shifty” Shorten campaign.

As I suggested in a previous Inside Story piece, Morrison’s daggy dad image drew on the traditional conception of the male head of household as protector and provider. Last year, he seemed to be protecting us from Covid-19 as most of the world succumbed, though there was evidence even then that the government’s pandemic strategies were seriously flawed well before the rise of the Delta variant. This year, the government’s poor record on quarantine measures and its delayed vaccine rollout have hit the poll ratings of both Morrison and the Coalition. And the “gold standard” measures of the PM’s favourite premier haven’t saved New South Wales from a major outbreak that has put the rest of the country at risk.

Labor’s badging of Morrison as having failed in his two jobs of quarantine and the vaccine rollout is thus cutting through. Even a NSW government minister was reported as saying that “the main job of the prime minister is to protect the community. And clearly he failed.”

Nor is the pandemic the only issue where the daggy dad image is no longer working. Morrison tried to deal with his women problem by emphasising his role as the father of young daughters for whom he wished the best. It backfired, and his failure to win over women was reflected in the polls. As the ABC’s Ms Represented and statements by politicians at a recent ANU workshop illustrate, complaints of sexism in politics aren’t going away.

On top of all that, repeated revelations about the misuse of taxpayer funds to bolster the Coalition’s election chances are making Morrison the one who looks “shifty.”

Morrison planned to go to the next election as the prime minister who had protected Australia from Covid while keeping the economy strong. He may still be hoping that Australians will have forgotten the debacles of 2021 by the time he calls an election.

But there is a more plausible scenario. Australians may watch people in other, better-vaccinated countries living relatively normal lives and opening up to the world. They will remember setbacks in vaccinating aged and disability care staff and clients. If they’re over sixty they will remember three-month delays in getting fully vaccinated with AstraZeneca (or having their second shots brought forward prematurely, leaving them less protected). They may know people in their forties who were fully vaccinated with Pfizer long before vulnerable older Australians. If they’re younger, they may remember the long delays in access to any vaccine at all. And if they’re businesspeople or employees, they won’t easily forget the damage wreaked on their businesses and livelihoods.

If Morrison wants to reinvent himself as Australia’s protector rather than a somewhat surly failure, he has a lot of work to do. And his greatest enemy isn’t the Labor Party, despite its resurgence in the polls, but a virus that he seems to have repeatedly underestimated during 2021. To tweak both US campaign advice and Morrison’s own words, “It’s the virus, stupid!” •

A hardening of shibboleths is eating away at good government 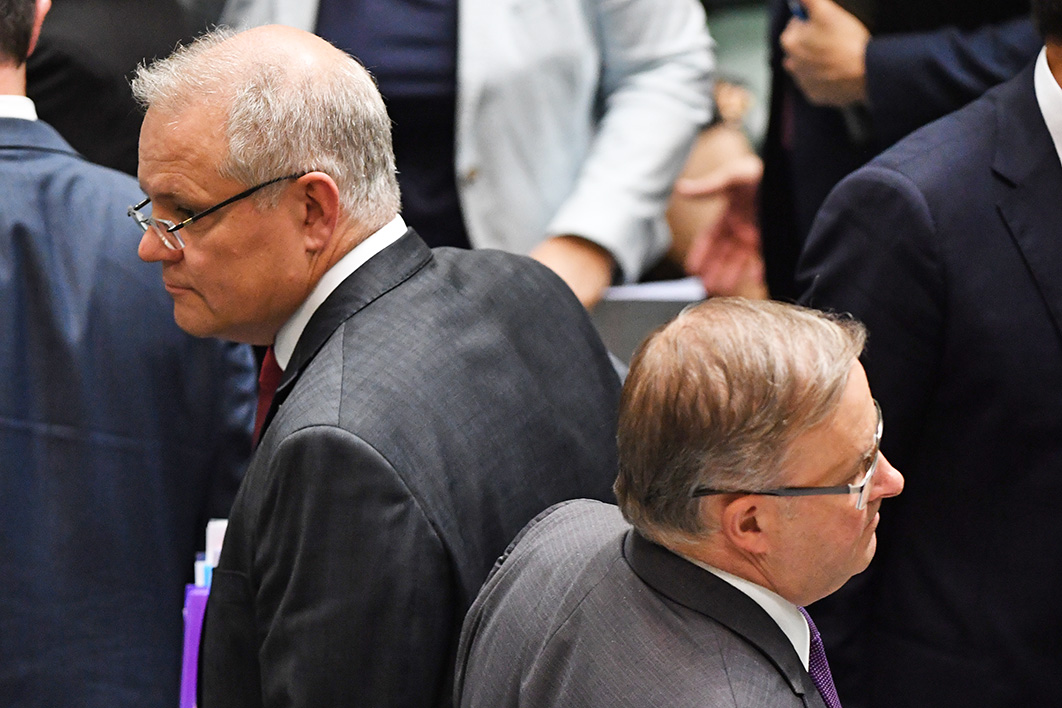