Crossbenchers could play a bigger role after the election, but only one of them is likely to be a Greens MP 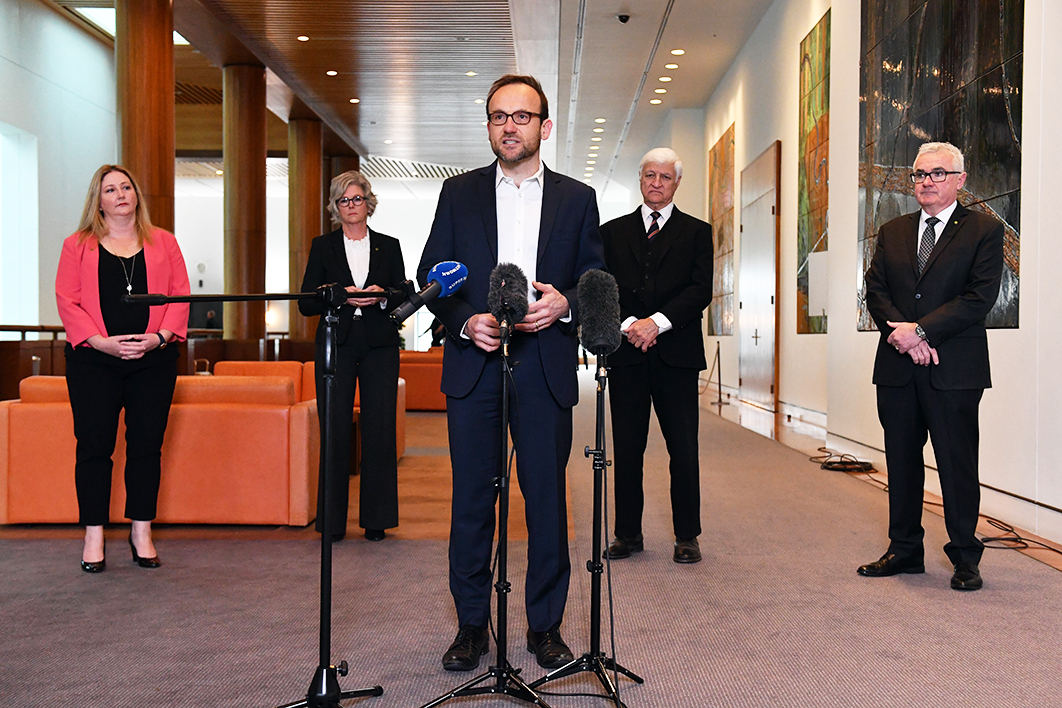 The bigger the crossbench, the more likely a hung parliament: Greens leader Adam Bandt with four of the other five House of Representatives crossbenchers. Mick Tsikas/AAP Image

Greens leader Adam Bandt has been at it again, talking up the likelihood of his party emerging as kingmaker after the next election. This time it’s in an interview with left-wing journal Jacobin. He reckons it almost happened in 2019. “If a few hundred voters had changed parties last election,” he says, “we’d have a minority parliament right now, with the Greens holding the balance of power.”

Retrospective formulations like this, which refer to margins in specific electorates while holding the rest of the country constant, are as unrealistic as they are common. It makes much more sense to talk of uniform swings. But even on its own terms this breezy statement isn’t remotely sustainable; many thousands of switched votes would have been required in 2019 to produce that situation. And a uniform swing (both from Coalition to Labor and from others to the Greens) would have needed to be in the hundreds of thousands. It didn’t come close.

About the future, on the other hand, there’s nothing to stop a person from dreaming, and Bandt thinks the “most likely outcome in the next federal election will be a minority Labor government and a power-sharing parliament between the Greens and Labor.”

The first portion, a minority Labor government, while not “most likely,” at least has a reasonable chance. The larger the crossbench, the more probable a hung parliament, and the current number — six — already opens up reasonable space. But the Greens are only one of the likely post-election half dozen or so.

(Ex-Liberal Craig Kelly is ignored as he will lose his electorate of Hughes, very likely to his former party.)

Of course, Bandt hopes the Greens will make gains in the House of Representatives. They hold similarly high hopes before every election, but the number of MPs has stubbornly remained one since 2010. And remember, it was Liberal how-to-vote cards that got Bandt into parliament eleven years ago. Had the Liberals done what they routinely do now, and preferenced Labor over the Greens, he wouldn’t have won. (And had the Liberals continued preferencing the Greens, the latter would very likely have won Batman in 2016, and possibly Wills the same year.)

But the Greens reckon the more they talk their chances up, the more likely it will happen. And they’re probably right; minor parties rely on publicity.

Generally speaking, in the electorates the Greens have in mind, which are mostly Coalition-held (or, at least, seats in which they envisage a two-candidate count between them and a Coalition party), they would count on a drop in the government support (a prerequisite for Labor’s taking office) that doesn’t mostly go to Labor (a taller order).

It’s true that Greens support, while not having grown much over the years (it peaked in most Australian jurisdictions around a decade ago), has become more and more concentrated where it matters. It no doubt speaks of the party’s campaigning prowess. But further increases in 2022 seem improbable.

Talk of a likely Labor–Greens alliance, arrangement, coalition or “power-sharing” is of course music to the Morrison government’s ears. They will be repeating the same message, citing the Greens leader, come the campaign. It works because most voters tend to shudder at the prospect.

In ACT elections, power-sharing is the norm, with Greens in cabinet, and is accepted by the electorate. But the nature of that electorate means it’s very rare for Labor not to form government. People are long used to it. By contrast, Tasmanian Labor (also under Hare-Clark proportional representation) has shared power with the Greens a couple of times, and memories of those times are more unpleasant.

In countries with proportional representation — in New Zealand and European countries including Germany — Greens have long been embedded in voters’ expectations of centre-left governments. But federally in Australia, as I’ve argued before, the combination of a majoritarian lower house and a proportionally elected upper house — and a powerful one at that — produces the worst of both worlds. It’s usually winner take all in forming government, with big crossbenches in the Senate whose members have no reason to make life easy for whoever is governing, and many motivations (mainly the publicity) not to.

Bandt’s “power-sharing,” whatever that would mean, would alter that equation. We got a taste from 2010 to 2013, but it proved awfully damaging to that Labor government’s authority, and particularly to its prime minister, with the “carbon tax” (actually an emissions trading scheme with a three-year fixed price) emblematic. When the legislation passed in 2011, the Greens and the opposition loudly (and correctly) sang from the same sheet: it would never have happened if not for the minor party’s insistence. Is this how partners behave?

Eventually, leading up to the 2013 election, Labor and the Greens went their own ways, preparing to battle against each other, as perhaps was always going to be the case.

Maybe this kind of arrangement — and that applies to the right of politics and prospective partners like One Nation — really requires a proportional representation system for the relationships to become normalised in voters’ eyes and the compromises, particularly by the smaller participants, to be institutionalised. The decades-old Realos versus Fundis battles within Germany’s Green Party have been much studied. From 1998 to 2005 the Green leader was foreign minister, a situation mind-bogglingly unthinkable in the Australian context.

What is true is that if Labor forms government after the next election, any legislation opposed by the Coalition will need Greens support to pass the Senate. The Greens probably won’t be sufficient to reach thirty-nine out of seventy-six, but they will almost certainly be necessary.

This would thrill Greens supporters, and a lot of Labor ones too, but it would also, as under Julia Gillard, stifle the government’s policy and ideological wriggle room.

Since the Australian Democrats departed the scene, and since the Howard government’s upper house majority in its final term, the Senate has frustrated governments of both stripes. Along with the global financial crisis, this has been a driver of the instability and the prime ministerial turnstile over the last thirteen years. Whoever wins office at the next election, that’s unlikely to change. • 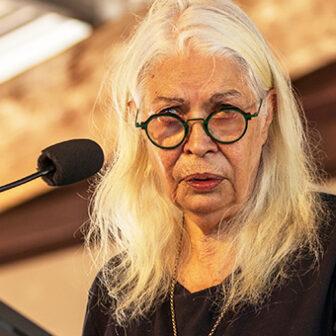