So far, the prime minister’s religious views haven’t affected his popularity. But will that last? 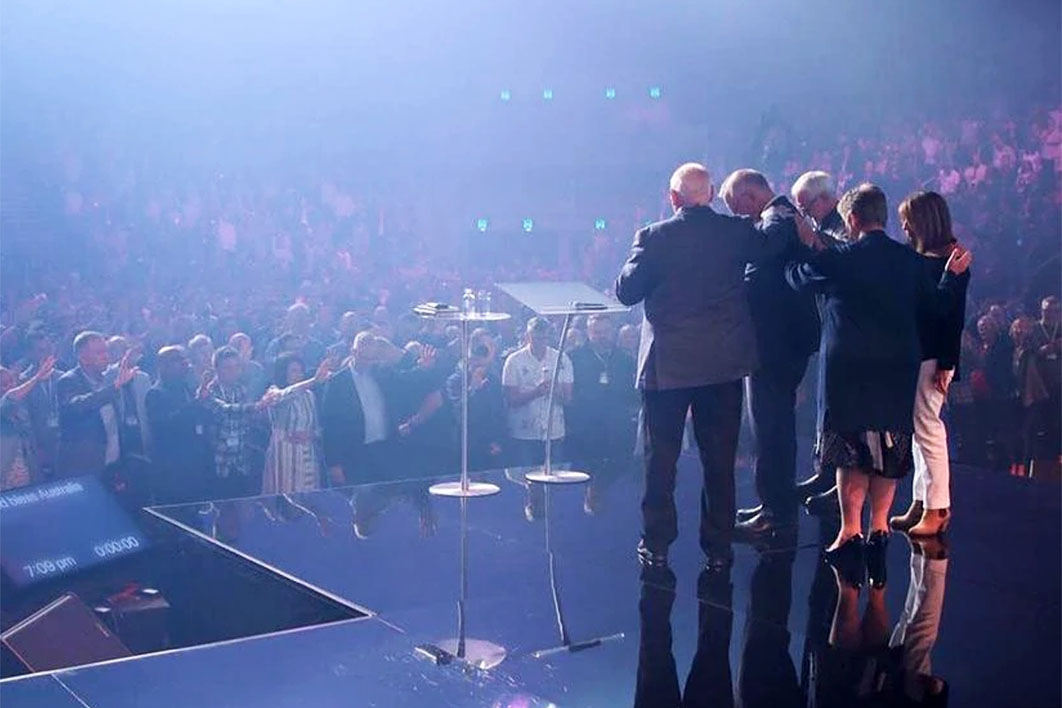 Max Weber, where are you now that we really need you?

Weber’s landmark book, The Protestant Ethic and the Spirit of Capitalism (1905), advanced the groundbreaking hypothesis that the great transformation of Western economies had its origins in changing religious beliefs. Weber wasn’t arguing that Martin Luther and John Calvin wanted to replace feudalism with capitalism, or that they hoped their followers would become rich; rather, he identified the unintended effects of Protestant beliefs on economic behaviour.

The Protestant idea of a virtuous life — hard work combined with a frugal lifestyle — provided fertile ground for capital accumulation, and the honesty and application of the faith’s adherents made them attractive business partners. As followers of an other-worldly religion, they were preoccupied with whether eternal salvation or eternal damnation awaited them. In their insecurity some saw prosperity as a sign from God that they were among the saved.

Whether or not it has become easier for rich men to enter the kingdom of heaven, the question has undoubtedly become less urgent. As life expectancy increased, scientific understanding grew and the material conditions of life became more secure, people were increasingly happy to postpone thinking about a final reckoning.

All contemporary religions have adapted to a more secular world, but some have strayed considerably from their roots. The most unashamed accommodation to worldly values has been the rise of the “prosperity gospel.” Note the title of a book written by the very successful religious entrepreneur (and Scott Morrison’s pastor) Brian Houston: You Need More Money: Discovering God’s Amazing Financial Plan for Your Life (1999).

Despite its affluence, contemporary capitalism brings its own contradictions. The celebration of economic dynamism doesn’t always sit easily with the conservative respect for tradition. The emphasis on competition and individualism is in tension with the desire for community and security. The rhetoric of opportunity is too often contradicted by the reality of inequality. For many, the financial demands and stresses constitute what Weber called an iron cage.

So, as Weber might have observed, what we can loosely call the spirit of capitalism is helping to promote the growth of evangelical Protestant sects. In both the push factors (the frictions and frustrations of modern social structures, the anonymity and alienation of urban life) and the pull factors (a sense of certainty, personal meaning and close community) the ground is ripe for the growth of groups like the Pentecostalists.

The political importance of this kind of religious belief gained new prominence in Australia following the leaking in April of Scott Morrison’s twenty-three-minute speech to the national conference of the Australian Christian Churches (formerly the Assemblies of God). Morrison is the first Australian prime minister to come from a non-mainstream Christian tradition, and the second Pentecostal head of government in the world (after Zambia’s Frederick Chiluba).

Because the main denominations are either static or declining, the Pentecostal church is often described as the fastest-growing branch of Christianity in Australia. But the rise is from a very low base: about 260,000 people described themselves as Pentecostal in the 2016 census, which made them around 2 per cent of professed Christians and 1 per cent of the total population.

So far at least, Morrison’s religion has probably brought him electoral benefits. On Easter Sunday during the 2019 election campaign, a day when the parties were to take a break from campaigning, Morrison invited the media inside his church for pictures of him joyfully worshipping. As Wayne Errington and Peter van Onselen observe in their recent book, How Good Is Scott Morrison?, “not many Australians know much about Pentecostalism but they can relate to faith and family.”

But Morrison is treading a tightrope. The more that Australians find out about Pentecostal beliefs, the more they will realise how distant those views are from their own. Pentecostalists believe that evil has a personal embodiment, the devil, or “the evil one” as Morrison calls it. They believe that speaking in tongues is a manifestation of the holy spirit. They have an apocalyptic mindset and anticipate the second coming of Christ, with many of them believing we are already living in the “end times.” When Morrison, as prime minister, comforts people after natural disasters, he told the conference delegates, he is actually laying on hands and praying for them.

Morrison has been very good at playing the ordinary bloke from the suburbs, but in important ways his religiously based social conservatism is out of step with the mainstream. As Malcolm Turnbull recounts in his memoir, A Bigger Picture, Morrison was utterly deflated when the result of the marriage-equality survey became clear. “I don’t feel like this is the country I grew up in any more,” he said. On another occasion he told a radio interviewer he wouldn’t send his children to government schools because he doesn’t like the morals taught in them.

Do Morrison’s beliefs affect his government’s policies? In line with the prosperity gospel, he seems indifferent to the importance of social inequality. “If you have a go, you get a go,” he says blithely. It is a short step from believing everything is God’s will to blaming the victim.

Many religious conservatives have been slow to acknowledge the reality and urgency of global warming. Morrison’s glib stance has undercut informed debate. Perhaps the threats from global warming speak of a much larger reality than his religious cosmology readily admits.

When we look more generally at the religious beliefs of Australian politicians, they seem to tell us almost nothing about how they behave politically. Certainly there is no evidence that the more religious are more virtuous — or less virtuous, for that matter.

A generation ago, Australia’s most publicly religious leader was Queensland premier Joh Bjelke-Petersen, a teetotaller who combined his Lutheranism with racism and corruption. Former prime ministers Tony Abbott and Malcolm Turnbull are both Catholics but share very few views; indeed, Turnbull observed that “more than just about anyone I’ve encountered Abbott is driven by hatreds, fears, prejudice — anything negative.”

The most publicly religious of recent Labor leaders has been Kevin Rudd, a man not known for treating his colleagues charitably (or, after his defeat by Julia Gillard, forgivingly).

Despite Morrison’s reluctance to acknowledge the realities of social inequality, and despite his reluctance to act meaningfully on climate change, he is seen by Errington and van Onselen and others as a politician without strong ideological commitments — an essentially transactional figure responding to immediate political pressures. This tendency was on show earlier this year when the government was embarrassed by a series of sex scandals and accused of not being sensitive to women’s concerns. Morrison’s earlier inaction on these issues was replaced by a flurry of gestures and announcements.

But his apparent pragmatism also has its pitfalls. Morrison is always intent on the quick fix, on deflecting the immediate controversy. The government has increasingly been criticised for making announcements but then not delivering on them, or announcing investigations that take inordinately long to deliver insipid reports. Although no backlash has yet shown up in the polls, the lack of follow-through has become a more prominent theme in political commentary.

Through all of this, Morrison exudes an impenetrable self-confidence, and perhaps it is in his personal style, rather than specific policies, that the influence of his religious views is strongest.

In his address to the Australian Christian Churches, Morrison revealed that he thought it was God’s will that he became prime minister, that it was a calling “for a time and for a season, and God would have us use it wisely.” When God tells you to do something there is little need to listen to mortals. George W. Bush once said that God told him to invade Iraq; he might have been wiser to take more earthly advice.

The Guardian’s Katharine Murphy recently went to the nub of the issue: “Australia, right now, could use a prime minister who doubted himself a bit more, because it would mean Morrison would listen more than he does.”

Again, when you are fighting the good fight, it is easy to think any tactics are permissible. If you think you are the instrument of God, it is a short step to thinking that whatever advances your cause is justified.

Although Morrison proclaimed after his 2019 election victory that he always believed in miracles, that particular miracle was preceded by some underhanded tactics. The Coalition waged an essentially negative campaign that wildly misrepresented many of Labor’s policies. Election campaigns are always full of questionable claims and distorted accusations, but the Coalition’s 2019 campaign was at the darker end of the spectrum. More than usual, taxpayer-funded advertising was used improperly to advance the Coalition’s cause.

Most importantly, it emerged that a series of taxpayer-funded schemes had been used to improve the Coalition’s electoral prospects. The sports rorts affair is best known, but we now know that the Regional Jobs and Investment Packages, the Urban Congestion Fund and the Safer Communities Fund were also misused. Independent advice was overridden in favour of distributing funds overwhelmingly to Coalition electorates.

The government’s refusal to be accountable for these schemes, and its disdain for proper processes in general, has set a new low. In important ways, the Morrison government is the sleaziest in recent Australian politics. Praise the Lord and pass the ammunition. •

A new podcast brilliantly tracks Australia’s “biggest insider trading case.” But does it let the authorities off too lightly?

The Sure Thing’s villain: Lukas Kamay leaving the Melbourne Magistrates Court after being charged with insider trading on 9 May 2014. Julian Smith/AAP Image 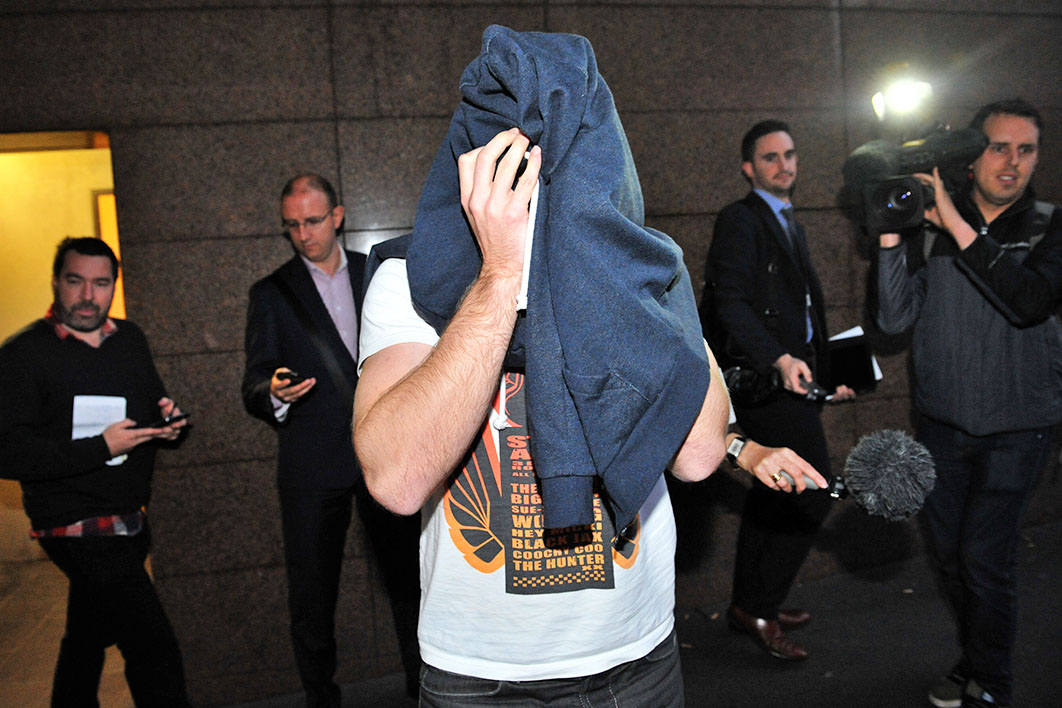 The Sure Thing’s villain: Lukas Kamay leaving the Melbourne Magistrates Court after being charged with insider trading on 9 May 2014. Julian Smith/AAP Image