Let’s not get ahead of ourselves 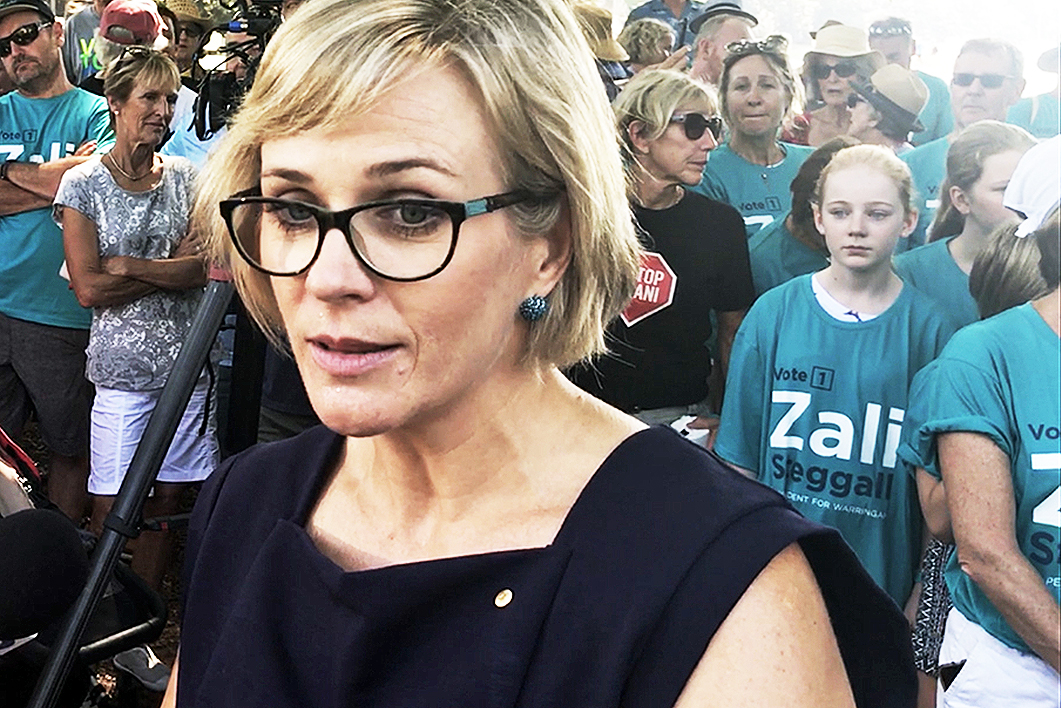 After federal Liberal MP turned independent MP Julia Banks announced last week that she would run against Greg Hunt in Flinders at this year’s election, Liberal powerbroker and two-time former Victorian president Michael Kroger very quickly assured Sky News that the health minister was safe because he “got 51 per cent of the primary vote” at the last election.

Kroger has been involved in countless campaigns and is supposed to be one of the smart ones, but this piece of straw-clutching was nonsensical. Independents don’t usually win marginal seats; they nearly always take territory that was formerly very safe for one major party or the other.

Sophie Mirabella received 52.6 per cent of the primary vote in Indi in 2010 but was tipped out by Cathy McGowan at the next outing. In Mayo, Jamie Briggs got 53.8 in 2013, yet three years later lost to Rebekha Sharkie of the Centre Alliance.

Hunt is likely to survive, but not because of his primary vote last time round. It will be because Banks is largely unknown outside the political bubble — and besides, it’s always difficult for an independent to snatch a seat.

The media stories about the “rise” of female, progressive, centre-right independents seem to brush over one rather crucial detail: so far they’re only candidates. From some of the commentary you’d think that not only has Hunt already been sent packing but Zali Steggall has knocked off Tony Abbott in Warringah and McGowan’s Indi baton has been handed seamlessly to Helen Haines.

Oh, and some former Liberal guy called Oliver Yates has knocked off Josh Frydenberg in Kooyong.

It’s all a bit premature.

One key theme of the narrative is that the Coalition’s refusal to take serious action on climate change is driving its supporters elsewhere. Now, the Liberals and Nationals do have a problem with climate change, and it largely derives from Tony Abbott’s electoral success as leader. Opposing serious action is now an article of faith among the noisy, bossy, self-appointed representatives of the Liberal “base” who proliferate on Sky News After Dark. And when a party is doing poorly it tends to be more susceptible to the preoccupations of its few remaining supporters — or at least those with the loudest voices.

But climate change policy has repeatedly been overrated as an election issue by the political class and party strategists, and it’s not going to be a huge driver of the 2019 result.

Then there’s the more general complaint about this government. In retiring cabinet minister Kelly O’Dwyer’s immortal (reported) words, it is seen as a bunch of “homophobic, anti-women, climate change deniers.” That’s problematic for a major party, and it’s one of the reasons it appears headed for defeat this year. But those conditions applied under Abbott, too, and the party still won big in 2013.

At this point, the only non-sitting independent candidate who is likely to win is Rob Oakeshott in Cowper (New South Wales). Of the rest we know about, Steggall, assisted by all the splendid publicity, probably stands the best chance, followed by Haines. Banks is unlikely, and Yates — yeah, nah.

That’s not to say there won’t be any new faces on the House of Representatives crossbench after May. Other contenders will emerge from the woodwork between now and then, and in the final weeks of the campaign we’ll have a much better idea of which of them is in with a chance.

When Steggall arrived on the scene late last month, the commentariat excitement was immediate. She ticks many of the boxes: former Olympian, lawyer, sits on this and that committee, has always voted Liberal, opposes Labor’s economic policies — and importantly is running against Abbott, who is known to be on the nose on his home turf. Within hours of the announcement, the betting markets, those distillers of general expectations, had her as slight favourite to win Warringah.

But winning a seat the first time as an independent is no doddle. Thousands have tried and failed. Steggall’s assertion on Sky News that she has never voted for Abbott was a clanger that will return to haunt her — it means, for example, that she never voted for the Howard government (assuming she was in Warringah that whole time), though she presumably preferenced Abbott ahead of Labor candidates. At time of writing Abbott is again the slight favourite among punters.

Kerryn Phelps also ticked the boxes in Wentworth, but she has had a national profile for years and was running in an empty seat, many of whose voters were annoyed at the political execution of their former MP. During the campaign she was helped by the Opera House sails fiasco, courtesy of the obnoxious self-appointed Liberal guardian Alan Jones, and further assistance arrived in the form of government senators voting in support of a neo-Nazi slogan. And then came the undergraduate Israel embassy announcement.

Most importantly, Wentworth was a by-election, so the identity of the next government was not at stake.

A majority of the current crossbench is female, and all four women sit in electorates that would never elect a Labor member. Three of them (McGowan is the exception; her personal politics are unclear) seem to be traditional Liberal supporters alienated by the party’s social conservativism. It’s one thing to anticipate that this might be the start of a trend, another to celebrate the arrival of people who are, so far, merely candidates.

Declining major-party support must, eventually, be felt somewhere. Statistically, if five independent or minor candidates are each judged to have only a 20 per cent chance of success, there’s a 67 per cent chance one (or more) of them will win. We just don’t know which one.

Yes, the crossbench is likely to grow this year. But, Oakeshott aside, it probably won’t include any of the current candidates we know of. After the result we can all explain the hows and whys of each new independent or third-party victory.

Doing that months in advance, through the prism of fleeting impressions generated by the general media and social media zeitgeist, is most unwise. •