Senator Hinch, and other preference winners

Now that early voting is under way, the likely impact of the parties’ preference allocations is clearer, writes Tim Colebatch 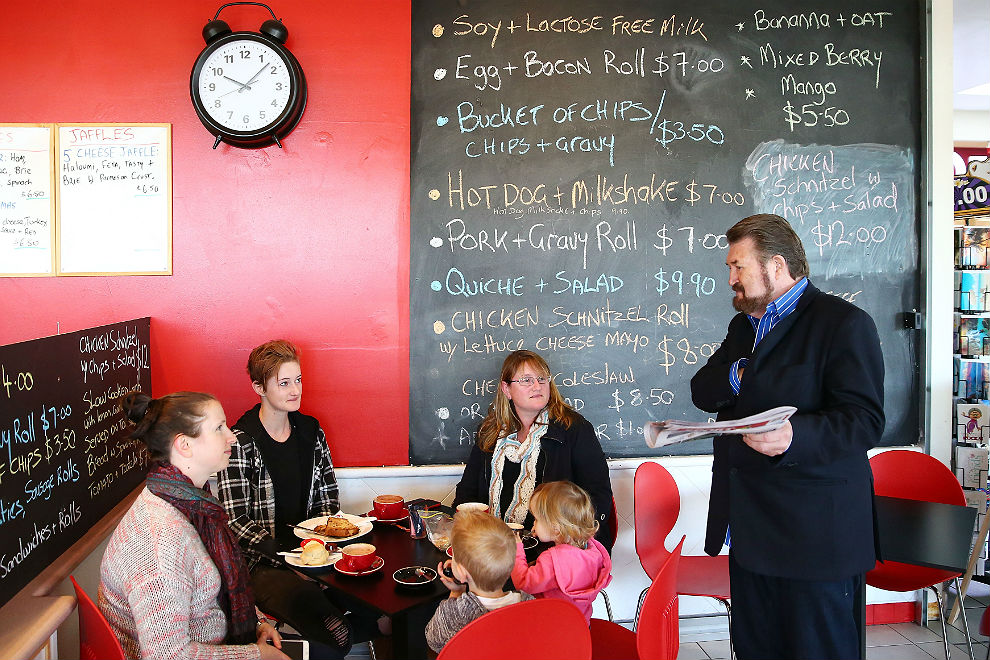 Lock in Senator Hinch. The indestructible TV and radio personality Derryn Hinch has surged to a place among the favourites in the Victorian Senate race after winning potential preferences from both Labor and the Liberals.

As pre-poll voting began at hundreds of venues across Australia, party how-to-vote cards revealed that Liberal Democrat senator David Leyonhjelm has performed a similar feat, appearing on the short preference lists of both the Coalition and Labor in New South Wales. The cards also show that while Labor and the Greens had announced a preference swap in the Senate, each has directed preferences to smaller parties first – which could see their preferences elect other candidates instead.

In New South Wales, the hard-left Socialist Alliance has been placed fourth on the Greens’ preference list, with Labor at sixth place. While there is zero chance that the leftists will actually receive Green preferences – in 2013, they won just 0.02 per cent of the vote and dropped out very early – their preferential treatment adds fuel to criticisms that the Greens’ NSW leadership is more red than green. Labor, by contrast, has given the Greens its second preferences in New South Wales, which could help them gain a second senator alongside party chief Lee Rhiannon.

In fact, Labor is directing second preferences to the Greens in every state except Victoria. There, the Labor branch has awarded them to the Sex Party – which won 1.9 per cent of the vote last time, secured an upper house seat in Victoria in 2014, and has an outside chance of winning one this time.

If the Sex Party drops out of contention, Labor’s third preferences will go to Hinch, the exuberant seventy-two-year-old “Human Headline” and campaigner for law reform who has survived a bout of liver cancer and two spells in jail for contempt of court to form his own party, Derryn Hinch’s Justice Party, and head its Victorian Senate ticket.

On Friday, the luck of the draw gave Hinch the first spot on the metre-long Victorian Senate ballot paper, which has one hundred candidates from thirty-eight parties plus sixteen independents. Hinch was already likely to be a serious contender, but his first-place spot could give him a big lift in first preferences – and Labor and possibly Liberal preferences could now push him over the line.

If so, it could be at the expense of Greens senator Janet Rice, elected in 2013 but now taking second place on the party ticket behind the party’s leader, Richard Di Natale. The Greens would need 15.4 per cent of the vote after preferences to lock in two Senate seats, and in 2013 it was Labor preferences that pushed Senator Rice over the line.

With Hinch or the Sex Party likely to use them up first, Rice is unlikely to receive Labor preferences. But the final seat or two will probably go at a significant discount on the 7.7 per cent of vote normally required, because many votes will have “exhausted” by then after their six preferences have been used up.

The Coalition, like Labor and the Greens, has chosen to allocate six preferences in every state. In general, it has stuck to preferencing its traditional allies on the right, such as Fred Nile’s Christian Democrats (and its breakaway in other states, the Australian Christians), Family First, the Shooters Party and, in Victoria, the Democratic Labor Party.

Family First will receive the Coalition’s second preferences in Victoria, Queensland and South Australia – where they could play a decisive role in helping to push Family First’s leader, SA senator Bob Day, across the line for a second term.

The Christian Democrats are placed second in New South Wales and Tasmania, while in Western Australia, where the Liberals and Nationals are running separate tickets, they will preference each other and the Liberals will then direct third preferences to the Christians.

In Victoria, the Christians stand to receive the Coalition’s third preferences, followed by the DLP and the rebels who have formed the Australian Country Party. But if all these drop out of the race, Hinch will be the beneficiary, as he has been awarded the Coalition’s sixth preference.

Hinch told Inside Story he was flattered by the support both parties were giving him, and had promised them nothing in return. He conceded that Glenn Druery, the “preference whisperer” who organised the preference deals that saw Ricky Muir elected to the Senate in 2013 with just 0.5 per cent of the vote, has been working for him, but added, “the power of the preference whisperer is muted under the new rules.”

“I’m very pleased, but I think it shows that both the major parties are attracted to the ideas I’m talking about: bail reform, parole reform, a Senate inquiry into the Family Court and child welfare agencies, and a national public register of convicted sex offenders,” he said. “We share an interest in law and order issues.”

In New South Wales, Senator Leyonhjelm has done well, but not as well as Hinch. On Friday he gained fourth spot on a Senate ballot paper of forty-two parties, and Tuesday’s how-to-vote cards revealed that he could gain the Liberals’ preferences – provided the Christian Democrats, Shooters Party and Family First drop out before him – and potentially, sixth preferences from Labor.

In 2013 Leyonhjelm won an unprecedented 9.5 per cent of the vote after the Liberal Democrats drew first place on the forty-five-column ballot paper, while the Liberals were out of sight, way across in the twenty-fifth column. Comparison with the small vote for his party in states where the Liberals won a better draw suggested that, as I wrote in the Age at the time, “he is probably the only senator elected because people mistook his party for another.”

Reforms passed since then by the Coalition and the Greens require that party logos appear on the ballot paper to avoid such confusion; and while the Liberal Democrats won fourth spot in New South Wales, the Liberals won sixth place, and voters are likely to spot their logos at the same time.

While the Coalition is supporting senators Leyonhjelm and Day, Labor has tried to shore up the two senators who broke from the Palmer United Party: rugby league legend Glenn Lazarus in Queensland and maverick Jacqui Lambie in Tasmania. Lambie has been given third place on the Labor ticket in Tasmania. Lazarus appears as the fifth preference on Labor’s how-to-vote card in Queensland, and stands to receive fourth preferences from the Greens.

Labor has also given the Nick Xenophon Team fifth place on its Senate ticket in South Australia, which could help it win a third or even fourth Senate seat in that state – if the Greens are no longer in the contest for that spot. Yet for the House of Representatives seats in the same state, Labor is issuing split tickets, taking a position of neutrality between the Xenophon team and the Liberals.

The Liberals are giving Xenophon no support in the Senate, and have ended any chance of his candidate Michael Slattery winning Port Adelaide by directing Liberal preferences there to Labor’s shadow environment minister, Mark Butler.

The Greens have also directed preferences to Labor over Xenophon both in the Senate and in eight of the eleven South Australian electorates. But they have issued open tickets in Barker, Grey and Mayo.

In the House, while directing preferences to fellow crossbenchers Cathy McGowan in Indi and Bob Katter in Kennedy, the Greens refused to do the same for Green-turned-independent Andrew Wilkie in Denison, instead issuing an open ticket.

In the three seats being fought out between the Coalition partners – Murray in Victoria, and Durack and O’Connor in Western Australia – Labor is directing preferences to the Liberals, but the Greens are backing the Nationals.

Micro-party preferences will play a minor role this time, as the parties lack the support base to staff more than a small fraction of the 7500 polling booths. A visit to a pre-poll centre on Tuesday in Queanbeyan, just outside Canberra, found that even the Greens had no one handing out how-to-vote cards.

Three other Senate crossbenchers – Senators John Madigan and Ricky Muir in Victoria, and Zhenya (Dio) Wang in Western Australia – will receive no preference support from any of the three main parties, and seem certain to lose their seats.

The punters are betting that Lazarus, Lambie and Xenophon will all be returned as part of a crossbench much the same size as in the old parliament. Pauline Hanson is also tipped to win a Senate seat in Queensland, but she will have to do it on her own after all three main parties declined to give her preferences.

But with 95 per cent of voters expected to direct just six preferences, the minimum formally required under the new rules, millions of votes are likely to run out of preferences before the contest is over. This could see the final seats go to candidates with as little as 4 per cent of the vote.

In the old Senate, the Coalition held thirty-three of the seventy-six seats, Labor twenty-five, the Greens ten, and the crossbenchers eight. The new Senate looks unlikely to be much different. • 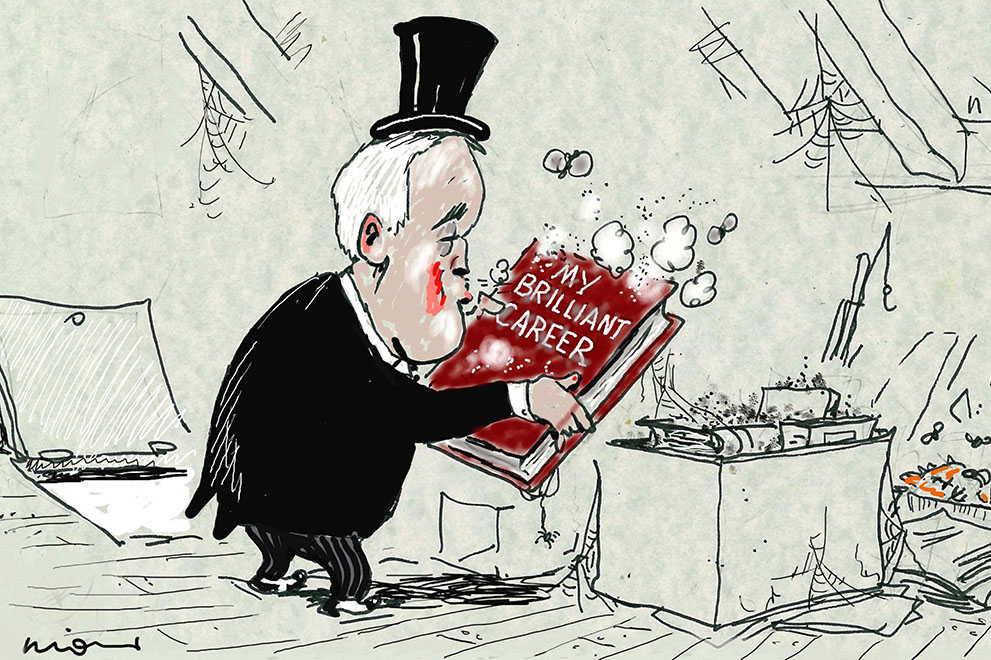