Careful what they wish for

Election 2019 | Is a change-oriented campaign helping Labor over the line — and would the polls know either way? 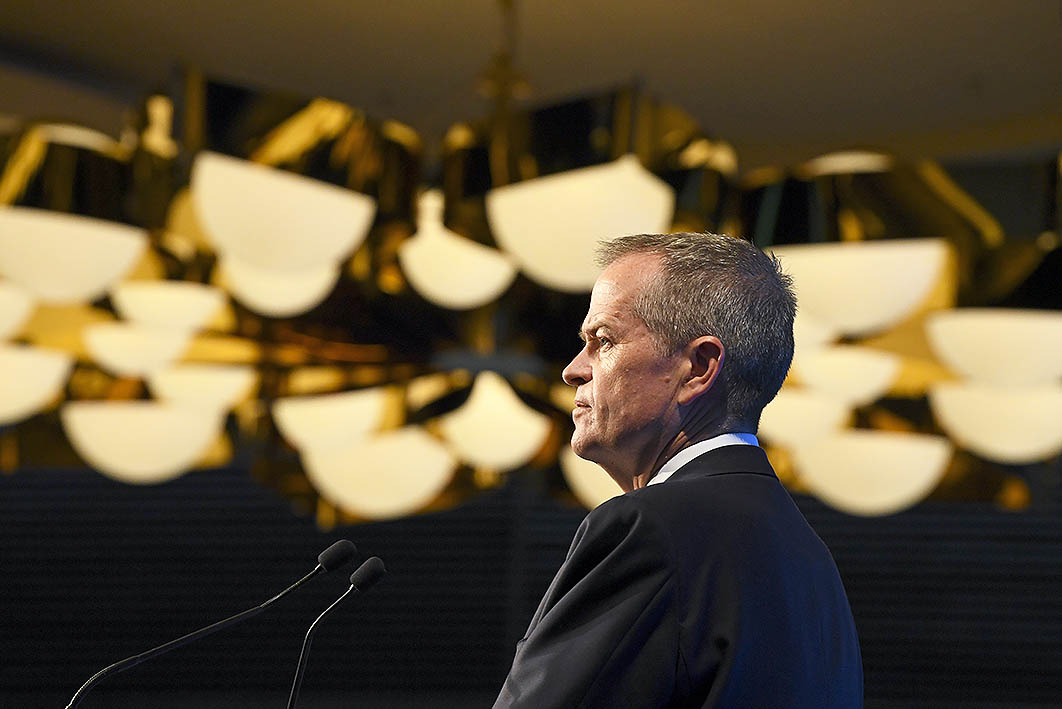 Australia’s political duopoly looks more and more ragged at each electoral outing. In 2016 the total major-party vote sat at a postwar low of 77 per cent, and it’s likely to dip further this time. But thankfully in this country we also have compulsory preferential voting to scoop and spruce up the refuse and present the results as two numbers, one for each side, that always add to exactly a hundred.

For a couple of weeks now, according to pollsters, those national two-party-preferred figures have rounded, in Labor’s favour, to 51 or 52 per cent versus 49 or 48 per cent. That’s after they have distributed estimated preference flows, an exercise whose imprecision grows with the level of non-major support.

And 51 per cent of the vote can deliver a big win, as the Howard government experienced in 2001, or a loss, as Labor found out in 1998. In 1993, a 51.4 per cent vote gave the Keating government eighty out of 147 seats. In 1987 the Hawke government’s 50.8 translated to a bumper eighty-six out of 148. (It remains Labor’s second-best seat haul since the second world war.) The vote–seat equation traditionally favours the Coalition, and also sitting governments, but Malcolm Turnbull found out in 2016 that on a bad day 50.4 per cent will get a conservative government a miserable seventy-six out of 150 seats.

The pendulum, that wonderful device introduced by Malcolm Mackerras in the 1960s, predicts the number (but not the identity) of seats for a party for a given two-party-preferred vote, based on the result at the previous election. Pendulums usually work. Sometimes they don’t. According to pendulums going into the 1998 and 2010 contests, both the Howard and Gillard governments should have been thrown out of office.

The pendulum will probably get it about right in 2019. But it might not.

The narrowing of the polls over the campaign has dampened earlier wild expectations of a seat tally in the nineties for Labor, obtained by applying those poll results to the pendulum. Those anticipations could also be found in the betting markets, which are not the great predictors some claim but instead reflect general expectations (mostly fed by the polls.) Now the tally is down to the low eighties.

And falling? Let’s touch base on election day.

But seat polls are as a rule not very reliable.

Newspoll has also released a consolidation of the last five national surveys to give state-by-state results. The ABC’s Antony Green plots that on his pendulum to get eighty-one out of 151 seats for Labor. Pollbludger’s latest estimate is a slightly lower seventy-nine.

But Newspoll’s two-party-preferred estimates are not assisted by its silly decision to include UAP in its party readout.

And if you’re a bit perplexed at the generally positive coverage by News Corp of its former bête noire Clive Palmer, and those massive ads on for his United Australia Party this week, Neil Chenoweth reports in the Financial Review that “a month ago News Corp’s sales team signed a $6 million ad deal with Clive Palmer for prime positioning across the group’s mastheads in the last week of the election campaign.”

Is it conceivable that Newspoll readouts were discussed at any time?

But even with massive ads in the former Fairfax newspapers as well, and Newspoll’s and Galaxy’s assistance, UAP remains flat on 4 or 5 per cent. No 2013-style late surge for Clive this time.

A ROD FOR ITS OWN BACK?

Labor’s platform is regularly described as redistributive — from wealthy to poor, from old to young — and that’s true to a modest degree, but the actual housing and dividend imputation policies are in themselves hardly the stuff revolutions are made of. Instead, they’re prescriptions Treasury would recommend and the Coalition has at least considered.

They’re also the kind of thing a reforming government like the sainted Hawke and Keating’s would have implemented — without being foolish enough to take them to an election first.

But the opposition’s rhetoric at this election, in keeping with the “populist” international zeitgeist, is decidedly left-wing — all these swipes at the “big end of town” (a hunk of early 1980s red meat that NSW premier Neville Wran used to toss to the true believers; it seemed less clunky then) and talk of empowering the ordinary folk are almost Trumpian in their anti-establishmentism.

It’s true that firebrand ACTU leader Sally McManus is a rockstar in some circles, but those circles account for only a tiny section of the voting public. Projecting those gushing feelings onto the general population would be very unwise.

Bill Shorten has shown no reluctance to employ the c-word, “change.” This Labor opposition is doing it their way. If it wins on Saturday (still the likely outcome, just) “big target” will be judged a success, but a hard-headed assessment is that those policies are making the campaign more difficult for the opposition than it should be, and Labor’s majority would be bigger had it allowed all the attention to focus on the government’s problems.

Still, unless you happen to be one of the Labor candidates who just misses out on Saturday, a win is a win.

Having been upfront will also give the new government authority to push the promised policies through the Senate, although crossbench senators will claim their own mandate. And when it comes to the many other things the government will wish to do, the post-July Senate is likely to be almost as monstrous as it is today.

CAREFUL WHAT YOU WISH FOR

Because election campaigns produce insatiable demands for journalists’ copy, each one produces a plethora of demographic hot takes: Will women make the difference this time? Are single mums the key? Stay-at-home dads? Battlers, aspirationals or doctors’ wives? These memes never make it past election day, partly because of their inherent flakiness, and also because it’s never really defined what “making the difference” or “deciding the election” means.

It’s almost certain that had men voted as women did at the last election, Labor would have formed government. So perhaps men made the difference in 2016.

“Young voters might decide!” gets a run every time, but particularly this year because of the uptick in enrolment for the marriage equality survey and, thanks to direct enrolment, an unusually comprehensive electoral roll. But the grim reality is that the roll gets older at every election, and 2019 is no exception. The proportion of the enrollees aged eighteen to twenty-four is smaller than last time, and probably smaller than it’s ever been. The proportion aged sixty-five and over is bigger than ever. That’s what an ageing society produces.

The oldies might not be as reliably right-wing as they used to be, but they’re still overwhelmingly Coalition voters. People do get more conservative with age.

Some 10.3 per cent of the electoral roll is aged twenty-four or under. Those aged sixty or over account for 30.8 per cent. Labor supporters determined to frame this contest as young versus old might want to be careful what they wish for. •