Music | Much has been written about Aretha Franklin since her death last month. But have we pinpointed what made her voice so compelling? 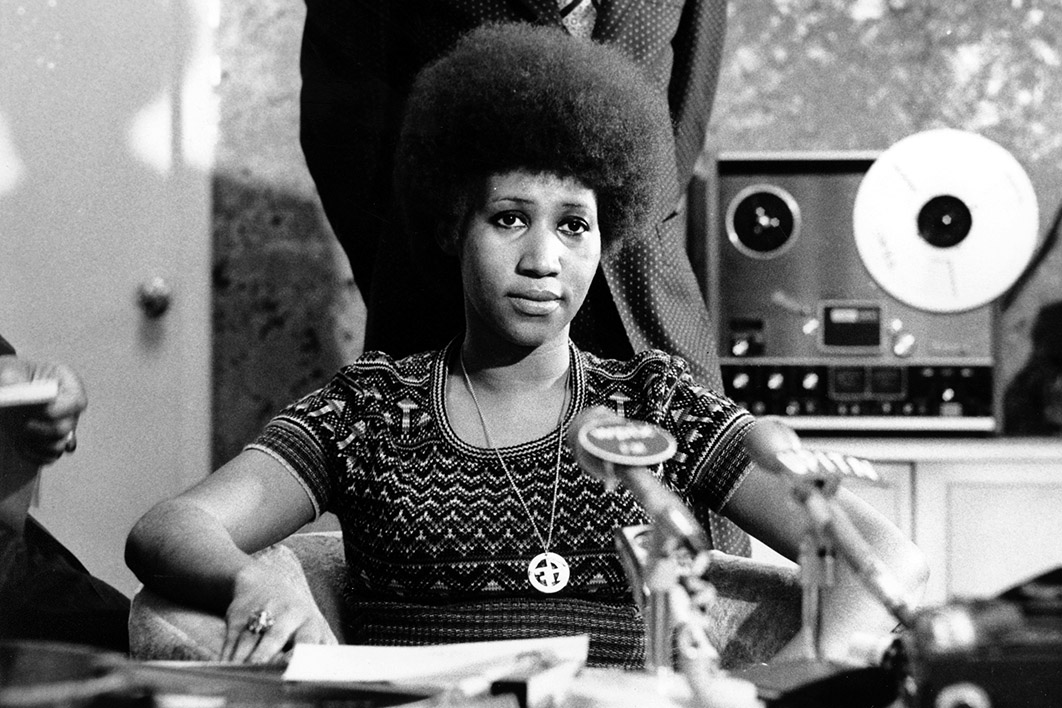 Close to her songs: Aretha Franklin at a news conference in March 1973. AP Photo

Few things have pleased me so much recently as the news that, lying in repose at Detroit’s Charles H. Wright Museum of African American History, Aretha Franklin wore a different outfit each day. Show business doesn’t stop for death.

Franklin was a showbiz phenomenon. She sold more than seventy-five million records, sang at the inaugurations of three American presidents, was the first woman inducted into the Rock and Roll Hall of Fame, and was the first black woman to appear on the cover of Time magazine. Her voice seemed to speak to listeners more directly and emotionally — and with more variety — than any other voice in pop music. It wasn’t a big voice in terms of its range, but it was big in every other sense.

It is not often one can listen to a great singer when she was fourteen, but Franklin made her first recording as early as 1956. Singing in the New Bethel Baptist Church in Detroit, where her father, C.L. Franklin, was minister and where sixty-two years later her funeral would be held, the young Aretha had a voice that belied her years. There was nothing girlish about the sound. As with Judy Garland, Franklin’s teenage voice was womanly. But where Garland easily made one believe in a land she had heard of “once in a lullaby,” Franklin convinced us there was “a fountain filled with blood.”

At the time of the recording, Franklin was pregnant with her second child, so she was hardly a typical fourteen-year-old. Jerry Wexler, who ten years later would be Franklin’s great producer and collaborator, described her teenage voice as that of “an impassioned adult,” adding that she sang as though she was leading people to God. The New Bethel congregation might have agreed.

“Listen at her!” someone calls out, as she sings “Precious Lord” by the great Gospel composer Thomas A. Dorsey. Listen indeed!

Since Franklin’s death, many column inches have been devoted to trying to account for her wide appeal, and it always comes down to the power of that voice. Perhaps we can narrow it a little.

Queen of Soul she might have been, but unlike that other pioneer of soul music, Ray Charles, who changed the Gospel song “This Little Light of Mine” to “This Little Girl of Mine” and never looked back, Franklin often blurred the distinction between secular and sacred.

With so many of her songs there’s the sense that she might not be addressing her man — or not only her man — but God. “I’ve Never Loved a Man (the Way I Love You),” “I Say a Little Prayer” and “(You Make Me Feel Like a) Natural Woman” all fall into this category: “When my soul was in the lost and found,” she sings, “You came along to claim it.”

In “Respect,” where she is taken over by the music, her performance propelled by its own tight, swinging syncopations, her demeanour is as much charismatic as carnal. Even when she is trapped by desire, as in “Chain of Fools,” it is as though there is another (higher) reality that puts her quotidian experience in its place.

“Truth is,” her father remarked at the height of Franklin’s 1960s fame, “Aretha hasn’t ever left the church.”

In his book Voices, Nick Coleman writes about “Oh Me Oh My (I’m a Fool for You Baby),” the first track on the album Young, Gifted and Black (1972). Beneath the vocal confidence, Coleman senses Franklin’s fragility:

This “Oh Me Oh My” is the love song of a woman who fears that the only one you can really trust with your heart is God, but wants desperately for that not to be the case… Because God is everywhere, isn’t he? Even in the childish hearts of men. This song says that it is — but you can hear the singer making the effort to suppress her concern that it may not be true.

Coleman is right. The concern we hear is not manufactured; it is real and it is true. And that truth shone through Franklin’s singing and affected her entire persona as a performer. Even the showbiz side of her was genuine. The greatest popular performers are always genuine. They are not pandering to their audiences, they are leading them, and the audience is willingly led. It is a partnership. It is where entertainment meets art.

In shrugging off her fur coat when it became an impediment to her performance, Franklin was shedding a skin (literally) in order to get closer to her song. None of the songs mentioned above was written by Franklin — though she wrote her share — but she embodied her material so completely it seemed to come from within her, as Otis Redding cheerfully admitted when his song “Respect” became her signature tune.

Aretha Franklin’s vocal personality existed on a spectrum ranging from vulnerable whispers to shouts of triumph, and ultimately it wasn’t just about her man or her God, it wasn’t even about her. It was about all of us. She got close to her songs, and through them we got close to her. All we had to do was listen at her! ●

The surge before the storm?

Consumers are spending more, and the fastest growth was in spending on clothing and footwear. Dan Himbrechts/AAP Image 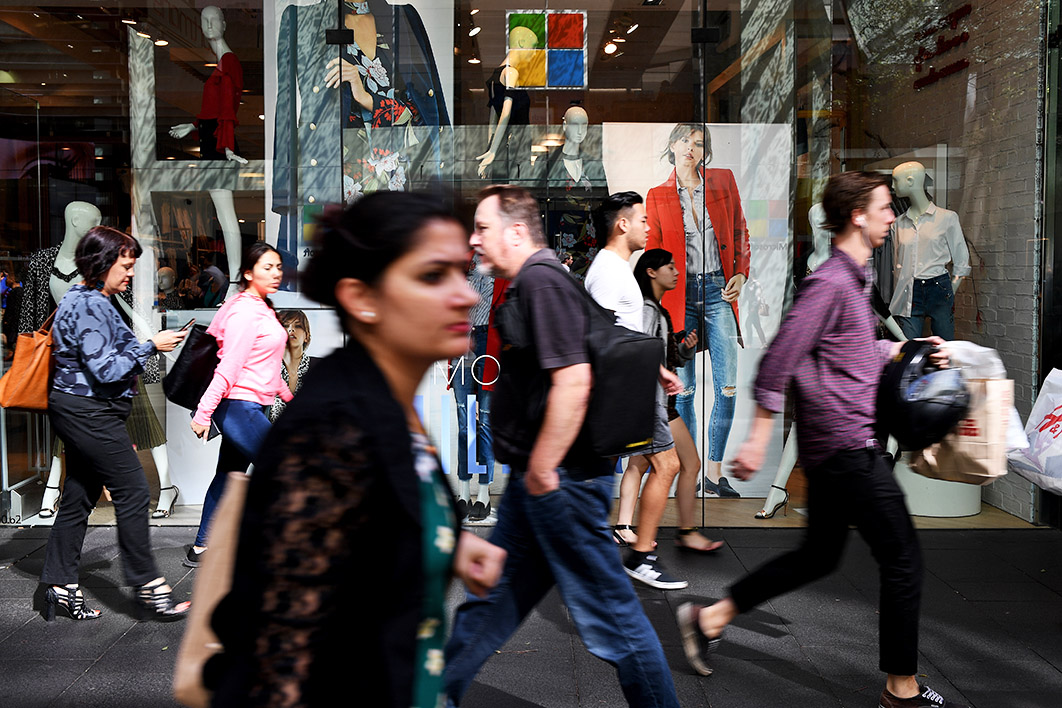 Consumers are spending more, and the fastest growth was in spending on clothing and footwear. Dan Himbrechts/AAP Image