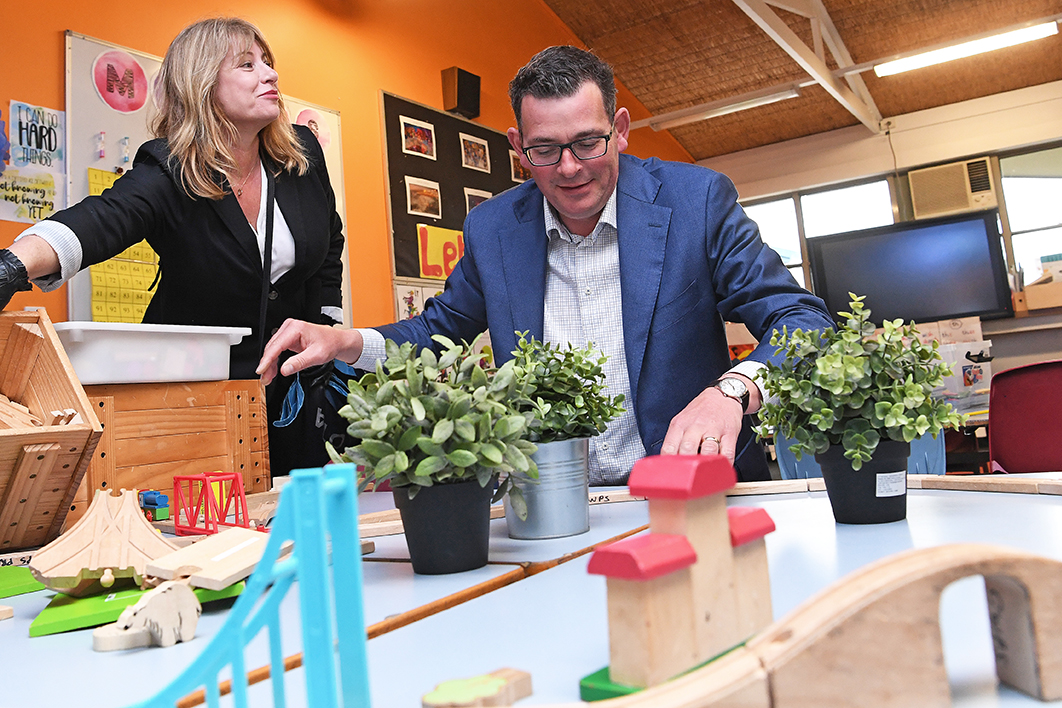 Political commentators tend to view events through the published opinion polls. If one party is comfortably ahead, everything it has done is politically smart, and the other side has performed an embarrassing comedy of errors.

With, on this election day, all published surveys indicating a big win for the Andrews Labor government in Victoria, this article is not totally immune to this syndrome.

If the surveys are right, there will be a swing of between 1 and 3 per cent from the 2014 52 per cent two-party-preferred result. (Subtract half a per cent or so for Richmond, where the Liberals aren’t running.)

The pendulum suggests a net gain of between one and three seats. But swings are never uniform: in 2014 a statewide 3.6 per cent swing included everything from a 2.5 per cent movement to the Liberals (Melton) to an 11.5 shift to Labor (Morwell). The pendulum is supposed to estimate numbers, not the identity of seats.

And in the swing-to-seat-numbers equation, sophomore surges tend to assist governments that took a lot of seats at the last poll. At the federal level, for example, first-term governments in 1998 and 2010 survived national swings that the pendulum predicted would have seen them out of office.

So Labor might lose more seats to the Greens, and the Coalition to independents.

The surveys are registering the Greens at around 11 to 14 per cent, but polls routinely overstate minor parties’ support, and it looks likely they will fall short of their 2014 vote of 11.5 per cent.

Of course, it’s seats that count. In 2014 the minor party’s statewide vote barely moved, but it picked up two seats and then snatched another at a subsequent by-election. This time it won’t have to battle Liberal how-to-vote cards favouring Labor. Brunswick, where there is no sitting Labor member recontesting, is seen as the most likely gain. But the Greens have had some terrible publicity in the final weeks, which premier Daniel Andrews has been exploiting with great enthusiasm.

Opposition leader Matthew Guy’s dire warnings of a Labor–Greens minority government have been assisted by Greens leader Samantha Ratnam’s articulated aim of “forming” with the ALP “the most progressive government this state has seen.” This is usually sound Coalition strategy — but not, perhaps, when there’s a wide expectation among voters that Labor will win, either in minority or majority, and some who would otherwise support the Liberals vote to ensure the minor party doesn’t get anywhere near the treasury benches.

As always there have been many references to the “seats to watch,” those “must-win seats.” In this case they tend to be on the “Frankston line,” Labor’s most marginal: Frankston (0.5 per cent margin), Carrum (0.7), Bentleigh (0.8) and Mordialloc (2.1).

But lower house majorities can come from surprising places, and as the federal electorate of Lindsay showed us in 2016 (when for the first time in its history it went to the losing side), electorates can move in and out of the “crucial” category.

All but Carrum should benefit from big, fat, double-strength sophomore surges. In addition, the next seat on the pendulum, Cranbourne, has a retiring Labor MP, so that and Carrum might be the most likely (or least unlikely) to fall to the opposition.

On the other side, the sophomore surge could assist, if the swing isn’t too big, the Liberal MP in the party’s most marginal seat, Ripon.

And in the wake of Wentworth, with low primary votes for major parties, particularly the Coalition, there’s the possibility of more independents. Apart from one sitting independent (in Shepparton) none is favoured to take an individual seat (sitting Morwell MP Russell Northe, who left the Nationals last year, stands a decent chance of surviving), but that doesn’t mean we won’t see one or two squeeze through the middle. •

Saving Wagner from himself