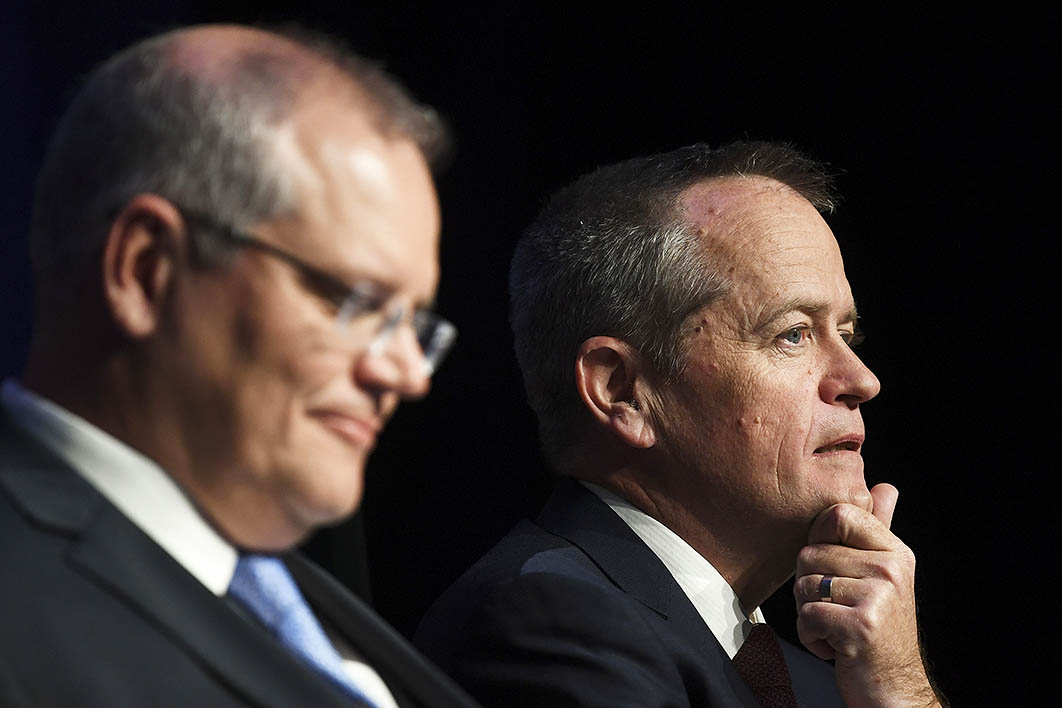 The prime minister has put Labor in an invidious position. Before the Wentworth by-election he dangled the prospect of a deal to allow refugees from Manus and Nauru to settle in New Zealand. Afterwards he rejected compromise amendments that could have made this happen and reverted to an all-or-nothing demand: Labor must support the existing bill banning all offshore refugees from ever coming to Australia, no matter which country they might end up in.

This is bad legislation, but Labor should swallow hard and pass it anyway. Why? Because this is an emergency. Only after the political deadlock in Canberra is broken can resettlement in New Zealand begin, and the process itself will not happen overnight. New Zealand will need to do its own security and health checks on prospective candidates, and it will need to set up the reception services, counselling, accommodation and other supports needed to help refugees settle and rebuild their lives.

If work started tomorrow, perhaps some refugee families could get to New Zealand before Christmas. Too much time has already been wasted and too many lives lost or damaged. There must be no more delays.

We shouldn’t fool ourselves, though, that this would end the emergency. New Zealand’s longstanding offer would assist 150 refugees per year. According to the latest Senate estimates, there are 652 people on Nauru, including fifty-two children. Of those, 541 are refugees, twenty-three have had their claims for protection rejected and eighty-eight are still having their status determined. There are another 626 men on Manus, of whom 495 are refugees.

That adds up to 1036 refugees on Manus and Nauru who need a permanent resolution to their plight. Even if the United States and New Zealand each resettle 150 annually (which seems unlikely with Donald Trump in the White House), the problem would drag on for at least another three and a half years.

Don’t forget that there are also about 600 people from Manus and Nauru on “temporary transfers” to Australia for medical reasons — a third of them children. Even though home affairs secretary Michael Pezzullo says that “the law states quite clearly that when their period of treatment is concluded they’re expected to return,” it seems unlikely that they will be sent back to the Pacific. As Pezzullo also told Senate estimates, most who come to Australia are “immediately joined to High Court proceedings, which prevent their removal.”

This is where the government’s demand that Labor support an all-or-nothing travel ban gets particularly messy.

If a law is passed that permanently bans the refugees from entering Australia, then what happens to the 600 who are already here on “temporary transfers”? Technically they are “unlawful noncitizens.” Since there is no visa category under which they could enter Australia, they are effectively in what the department calls an “alternative place of detention.” Are they to live in this limbo status indefinitely, banned from entering the country in which they already reside?

Understandably, the current focus of the public and political debate is on getting the last fifty-two children off Nauru. As treasurer Josh Frydenberg told Radio National Breakfast, “We have got 200 children off Nauru. They are coming off without the press release and the grandstanding.”

But bringing children to Australia for medical treatment does not resolve their longer-term futures — and it is the lack of a future, as much as anything, that is making them and their parents sick. In fact, the UN refugee agency, UNHCR, argues that bringing children and families to Australia adds to the health problems of the remaining adults:

The movement of only children and their families would do nothing to address the predicament of others with urgent medical needs, a number of whom were also children when they were forcibly sent to Nauru over five years ago. Equally, the desperate situation of refugees and asylum-seekers in Papua New Guinea and Nauru is now such that evacuation of only some individuals would heighten the despair and exacerbate severe mental health risks of those left behind.

When UNHCR’s medical experts gathered evidence on the ground in 2016, they found cumulative rates of depression, anxiety and post-traumatic stress disorder among refugees in both Manus and Nauru to be over 80 per cent, “the highest recorded in the medical literature to date.” Things have only got worse since then, and they could still deteriorate further. That is why Labor should vote for flawed legislation based on a flawed premise.

Josh Frydenberg claimed that allowing resettlement in New Zealand without banning refugees’ subsequent entry to Australia would “put up the white flag to people smugglers.” This is the same tired argument rolled out for years by Malcolm Turnbull, Peter Dutton and Scott Morrison that resettlement in New Zealand would open a “back door” to Australia and send a green light to people smugglers to restart their trade.

There are several reasons why this claim doesn’t stack up.

First, the so-called “back door” is really a long, slow road. The resettled refugees would have to live in New Zealand for five years before they could acquire citizenship. Only then would they be able to get the New Zealand passport that enables them to enter and live in Australia with a visa granted on arrival.

Second, the Trans-Tasman Travel Agreement doesn’t grant New Zealanders an automatic right to enter Australia in any case. If there is good reason to prevent these refugees from ever setting foot in this country, it can be organised without special legislation. Numerous New Zealanders can never cross our border because they have been kicked out of Australia on character grounds under section 501 of the Migration Act, banning them for life. Their personal details are on the Movement Alert List, so if they turned up at an Australian airport they would be denied a visa and refused entry; in fact, they would be prevented from even boarding the plane in New Zealand. The Australian government could list all the refugees on Manus and Nauru on that movement alert list if it chose to, on the basis that their presence in Australia “might constitute a risk to the Australian community.”

Third, if resettlement in Australia creates a perverse incentive to restart the trade, then so does resettlement in New Zealand and the United States, even without the ultimate prospect of subsequent entry into Australia under Trans-Tasman rules. After all, Mike Pezzullo says that the possibility of smugglers targeting New Zealand separately from Australia is a “live risk.” So even if New Zealand might be second prize (no offence to our friends across the Tasman), it is a second prize that desperate and vulnerable people will risk their lives on a leaky boat to win.

Finally, and most importantly, the backdoor argument ignores the fact that the key deterrence to the smuggling trade is not the prospect of being detained offshore but the naval interception and turnbacks that prevent boats from arriving in the first place. The racket only works if smugglers can land their passengers in the destination they are selling. As long as naval turnbacks are in place, keeping refugees on Manus and Nauru as a deterrent is pointless cruelty.

The current impasse is all about domestic political advantage and not about logic, evidence or reason, let alone sovereign rights or saving lives at sea. Labor should nevertheless pass the flawed legislation and end the deadlock. It will add to the mess that it will have to clean up if it wins government — but this is, after all, a mess it helped to create. It was a recycled Kevin Rudd who declared in July 2013, “From now on any asylum seeker who arrives in Australia by boat will have no chance of being settled in Australia as refugees.” His was a policy that would inevitably lead to hundreds of people being trapped in misery with no place to go. As Manus detainee Behrouz Boochani writes in his remarkable book No Friend but the Mountains, Australia has created a system that reduces humans to the level of animals, and makes them “accept, to some degree, that they are wretched and contemptible.”

Cleaning up the mess requires passing, and then eventually amending, the lifetime ban that the Coalition has set as the price of giving 150 refugees the chance of a future in New Zealand. This is a risk, because who knows who will hold the crossbench seats in a future House or Senate. Ultimately, though, some of the refugees from Manus and Nauru will have to be allowed to settle in Australia. After all, we have been down this road before, at the end of the round of offshore processing that began with the Tampa. The second incarnation of offshore processing is in its final phase. When government backbenchers break ranks and publicly voice their concern about refugee children, just as they did under John Howard, it’s clear the end is near.

Public opinion is also starting to shift. A growing number of voters now appear to accept that this is Australia’s problem to fix. I doubt whether any amount of political spin from the major parties will swamp that growing understanding. It is clear that permanent settlement in Papua New Guinea or Nauru is not a realistic option, that the expensive Cambodia experiment was a dismal failure and that the deal with the United States will only help a limited number of people. There is little prospect of any other nation gallantly offering to take these refugees off our hands. According to Sydney’s Daily Telegraph, Peter Dutton says that countries like Japan, South Korea, Taiwan and Canada have already been approached and were not interested.

In other words, this is our emergency and our responsibility. Labor can’t wait for the federal election in May to start dealing with it. •

Peter Mares is contributing editor of Inside Story, and has been writing about refugee issues for more than twenty years. His latest book is No Place Like Home: Repairing Australia’s Housing Crisis. 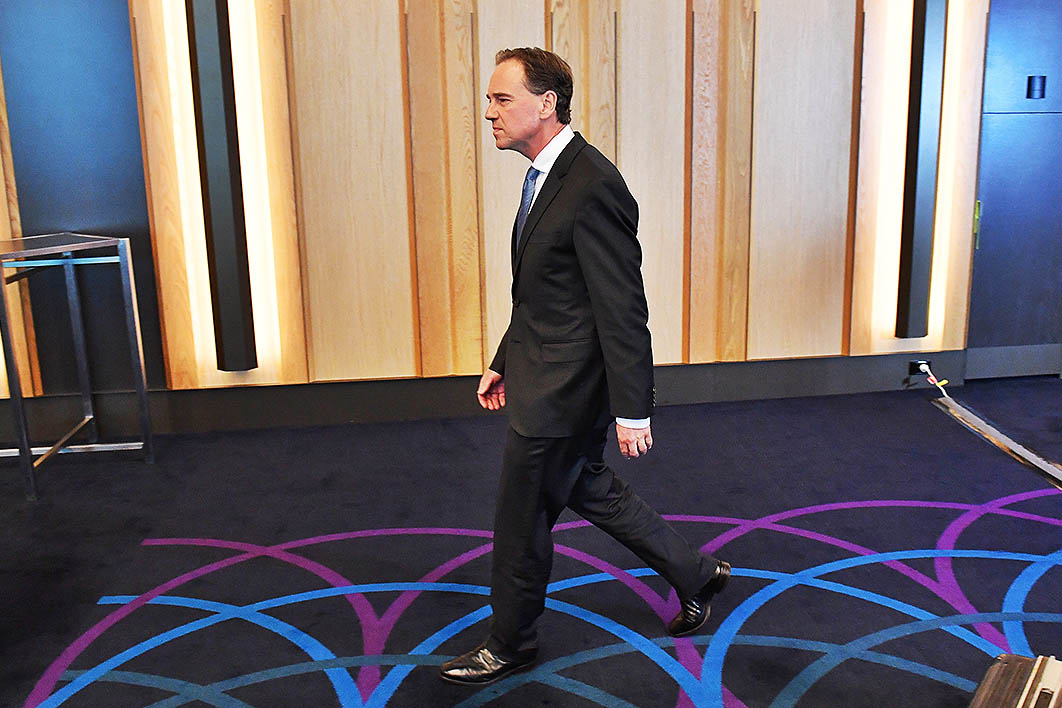