Why we can’t afford passive government

Australia entered the year in bad shape, and things will only get worse without a change in direction 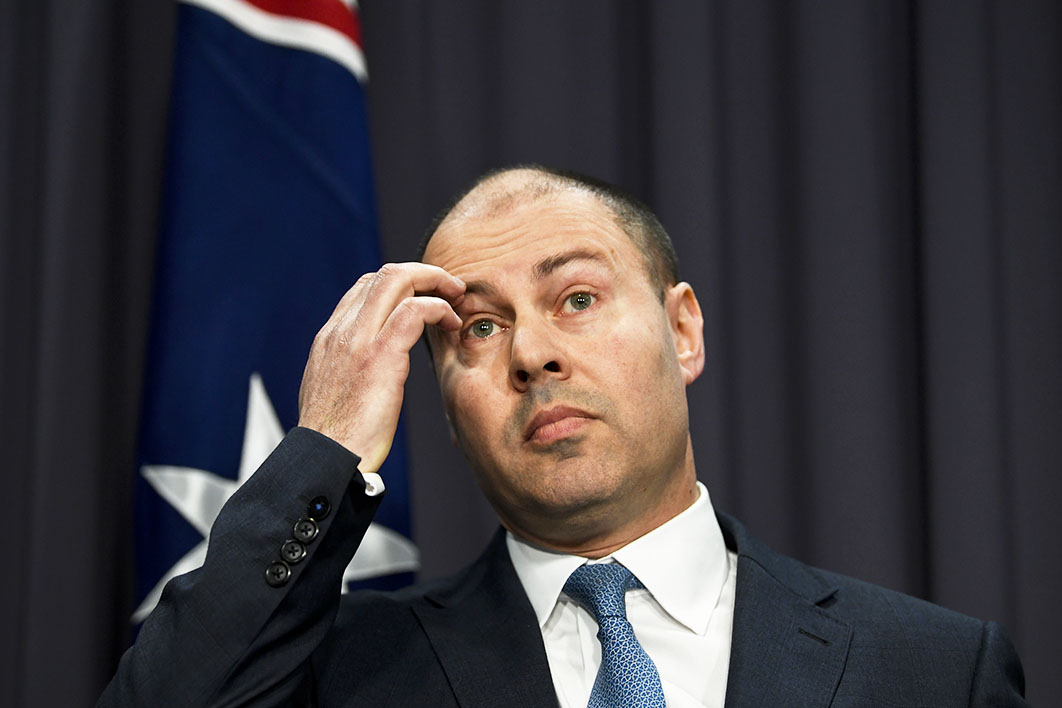 Which political party is better at running the economy? It’s been the subject of many dinner party conversations, but the question relies on a false premise: that governments play a significant role in the economy in the first place.

In reality, the economy is driven by firms, households and international trade. Most Australian governments come and go without having had much economic effect at all. This is fine in normal times. But we’re not living in normal times. Starting from an already weak position, the economy has faced a bruising start to the year, with many more challenges to come as the full effects of the bushfires, coronavirus and Trump’s trade truce take effect. A passive government will no longer cut the mustard.

It’s a good thing that governments don’t normally have to play a significant role in the economy. Its ability to run on autopilot is testament to the ingenuity of our people and the well-designed markets, institutions, norms, rules and laws that have been developed over many years. Just watch the incredible job being done by institutions like the NSW Rural Fire Service in fighting the fires, the ABC in keeping the public informed, our medical institutions in managing the coronavirus, our academic institutions working 24/7 to develop a vaccine, and the economic institutions and mechanisms automatically stabilising the economy. They stand in stark contrast to the recent performance of our federal government politicians.

If the need arises, governments can influence the economy in three ways. They can change the framework around how monetary policy is set. They can increase or decrease government spending or taxation, or redirect spending from one area to another. Or they can undertake Hawke–Keating style structural reforms that change how labour, financial and product markets operate, including opening them to international trade and investment.

The efforts of governments to take credit for good economic times are as old as government itself. But unless they’ve done one of the above three things, and have done so to a significant extent, you know they are telling porkies.

Take President Trump. He has been claiming the booming American economy as his own handiwork for some time now. But is it? He hasn’t changed the monetary policy framework and his tax cuts were nothing more than a quick 0.6 per cent sugar hit to the economy. The recovery was well under way before he showed up, and his biggest economic move — reintroducing tariffs, those taxes on American consumers — has been negative.

In Australia, the Coalition has been happy to take credit for the million new jobs created by the private sector, despite having made no major monetary, fiscal or structural changes that could plausibly have helped create them. Now that the economy is weakening, the government blames “global factors,” a spurious assertion given that all the global economy’s influences on Australia — trade, the exchange rate, capital flows, tourists, students and immigrants — have been supporting the economy, not weakening it.

But the Australian economy will need more than thoughts and prayers in 2020. It starts 2020 in a weak position. Growth is at global financial crisis levels, productivity has flatlined, investment is contracting, wages are stagnant and consumer spending is soft.

The cost of the bushfires is estimated to be as high as $100 billion. But much of economics is about timing. In the short term, reconstruction will help boost investment and GDP, but it will do so at a medium-term cost, as firms and households reduce future consumption by increasing borrowing or running down savings to replace lost assets. The fact that they are replacing assets rather than investing in new ones means there will be no net increase in the productive capacity of the economy, and any short-term benefits will be offset by the reduced business revenue and consumer spending caused by the fires.

Other than fires and smoke, the thing keeping shoppers, workers and students at home is the coronavirus. If people start locking themselves up at home, the economy will suffer through reduced consumer demand, reduced confidence and reduced workforce participation, hitting the travel, tourism, education and retail sectors the hardest. By all expert accounts, the virus is under control in Australia, so that need not happen.

But the government’s decision to ban entrants from China will undoubtedly have a significant impact on the economy. Incoming students and tourists account for 3 per cent of Australia’s GDP. Chinese tourists, alone, account for 0.7 per cent of Australia’s GDP. Our economy loses $1 billion for every month they are banned from entering. The SARS outbreak is estimated to have reduced Australian GDP by a manageable 0.07 per cent. For Hong Kong, though, it was as high as 2.63 per cent. If replicated in Australia, that would mean recession.

There is no shortage of other global risks. Iran, oil shocks, unravelling global supply chains, Brexit fallout and fights over 5G all make the list. The International Monetary Fund cut its forecasts for global growth last week, but the worst news came from our biggest trading partners. Growth forecasts for Asia in 2020 and 2021 were reduced by 0.2 and 0.3 per cent. For India, it was an eye-watering cut of 1.2 and 0.9 per cent over those years.

Some have celebrated phase one of the US–China trade deal. This is premature. The hard stuff has been postponed to phase two, and there is certainly no reason to celebrate in Australia. The deal means China will be buying more agriculture and energy products from the United States and fewer from Australia. When the United States was hit with mad cow disease and China shopped elsewhere, Australia was the beneficiary. The same will be true in reverse, spelling bad news for our farmers and miners.

If a passive government were to become an active one, what would that look like?

Assuming it does so, the government should be applauded for abandoning the budget surplus. But speed will be important given the bruising first quarter of 2020. Injecting cash into bushfire-affected communities, including through tax credits and deferrals, and increasing Newstart are the fastest and easiest ways to boost the economy, given that the recipients are more likely to spend than save. The government must stand ready to increase spending if the situation deteriorates further.

Increased government spending will take the pressure off monetary policy, but the persistent failure of the Reserve Bank to meet its inflation target, shown again in last week’s inflation figures, will be harder to ignore as the economy deteriorates further.

Yesterday, Reserve Bank governor Philip Lowe argued at the National Press Club that already low interest rates are supporting the economy, primarily through a lower exchange rate. But pressure is mounting on the Reserve to do more. It is using its forecasts of increasing inflation and decreasing unemployment to justify its decision to keep rates on hold — a gamble given the inaccuracy of these forecasts in recent years and the one to two years it can take for monetary policy to flow through the economy.

The benefits of a weaker exchange rate could quickly evaporate should the global economy deteriorate further. The likelihood of more interest rate cuts followed by quantitative easing by the end of 2020 increases as the impacts of the fires, coronavirus and trade war worsen.

The government has squandered the political opportunities that arose from these crises. Will it squander the economic opportunities as well? •

Will a Victorian MP save the National Party from itself? 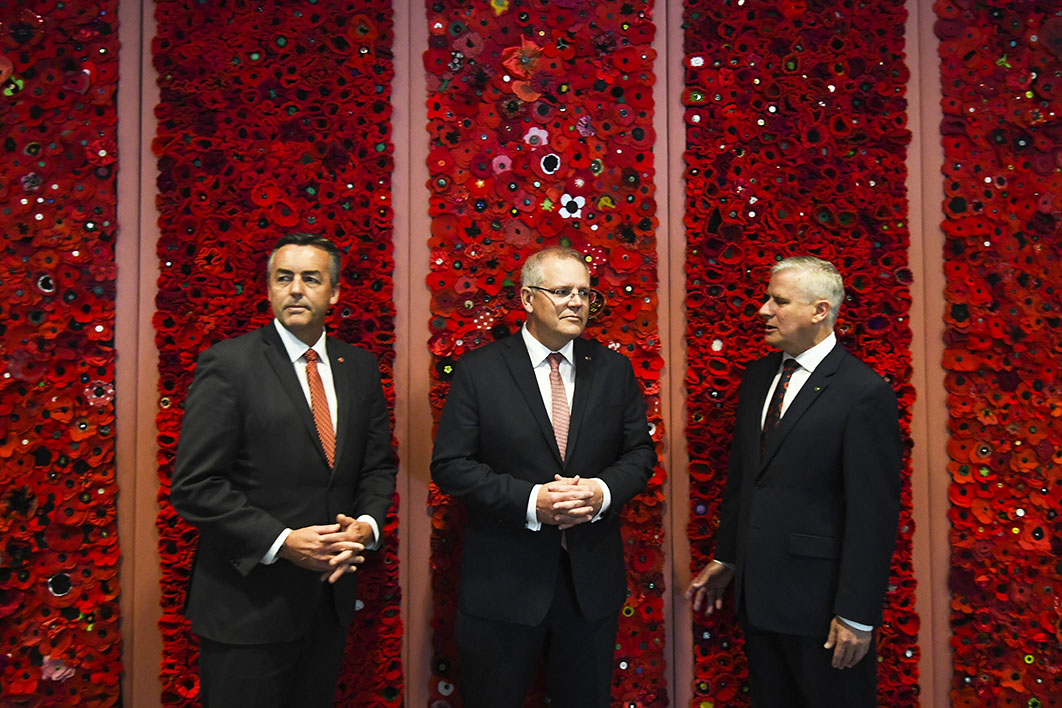